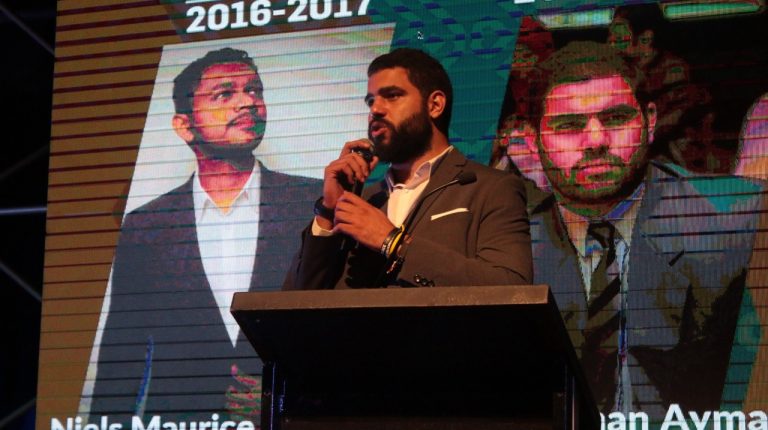 The first Egyptian global president of AIESEC (International Association of Students in Economic and Commercial Sciences), Abdelrahman Ayman, told Daily News Egypt in an interview that AIESEC plans to have at least one chapter in each governorate in Egypt in the next three years.

He explained that AIESEC is now available in 25 universities across Egypt and plans to inaugurate 15 new chapters across Egypt, reaching 40 within the coming three years.

AIESEC, a global youth-run organisation activating youth leadership since 1948, held its annual international congress this year in Egypt from 2-9 July 2018 in Hurghada.

The congress is held under the auspices of the Egyptian presidency and the Ministry of Youth and Sports.

He added that every country decides its own goals to be achieved in 2030, according to its social, political, and economic conditions, noting that AIESEC in Egypt focuses on spreading awareness and peace across the world, improving education in a systematic manner, and fighting poverty through creating productive persons.

In this term, he revealed that AIESEC provides training opportunities for youth, as it has partnerships with more than 2,000 bodies all over the world, including the UN and local, international, and multinational companies.

AIESEC has a variety of volunteering programmes for youth that are related to the UN’s 2030 development programmes. Ayman noted that the most notable projects that Egyptians prefer to volunteer in are the educational ones.

Moreover, there are many youths who apply to volunteer abroad through the global volunteer experiences that AIESEC offers.

In this term, Ayman noted that people from Latin America, Brazil, Mexico, and specifically Mediterranean countries, including Portugal, Greece, Italy, and Spain, prefer to visit Egypt in the travelling exchanges.

He added that people from Asia, especially India, also prefer to visit and apply for the exchange travelling volunteer programmes in AIESEC.

On the other hand, Ayman noted that the Egyptians are super flexible and prefer to travel anywhere, since there is an opportunity to volunteer or gain training.

When asked about the funding of AIESEC, Ayman said that the funding comes from three axes. The first one is via people’s own travel expenses and their tickets from their personal account, under the global volunteering programmes of AIESEC, as the organisation does not pay any money.

The second axis is through grants received by the foundation, in addition to paying companies for providing them with trainees.

The third axis comprises donors through a group of businesspersons, which is not successful in Egypt until now.

Ayman stated that the difficulties facing AIESEC in Egypt largely stem from some universities preventing the entry of the organisation for various reasons, as sometimes administrative or student activities in general are suspended at the university, pointing out that AIESEC has been working on overcoming this point for three years and there is now progress.