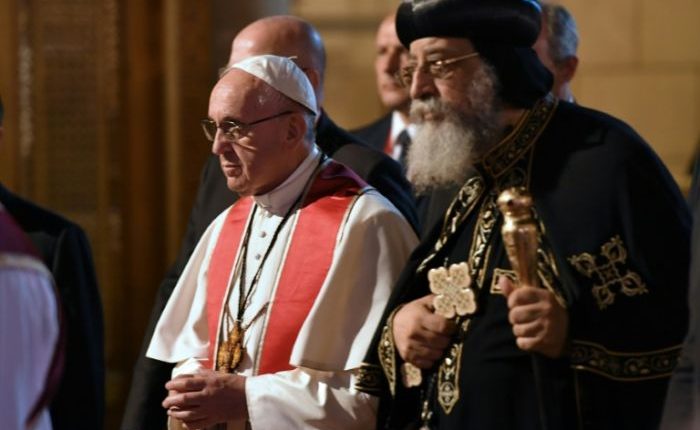 Pope Francis held a summit with Christian leaders on peace in the Middle East on Saturday amid “murderous indifference” as wars and conflicts are ongoing in the area.

“For a Middle East without Christians would not be the Middle East. Indifference kills, and we desire to lift up our voices in opposition to this murderous indifference,” he said.

The sermon took place in the southern Italian town of Bari, where 19 religious leaders, the majority of whom are Eastern patriarchs or heads of churches, met for a prayer to end war in the Middle East.

“The Middle East has become a land of people who leave their own lands behind,” Pope Francis said, adding, “There is also the danger that the presence of our brothers and sisters in the faith will disappear, disfiguring the very face of the region.”

“We want to give a voice to those who have none, to those who can only wipe away their tears,” he asserted, adding, “For the Middle East today is weeping, suffering, and silent as others trample upon those lands in search of power or riches.”

Pope Francis described the region as the “the crossroads of civilisations and the cradle of the great monotheistic religions,” adding, “This region…has been covered by dark clouds of war, violence, and destruction, instances of occupation, and varieties of fundamentalism, forced migration, and neglect.”

He warned that “all this has taken place amid the complicit silence of many.”