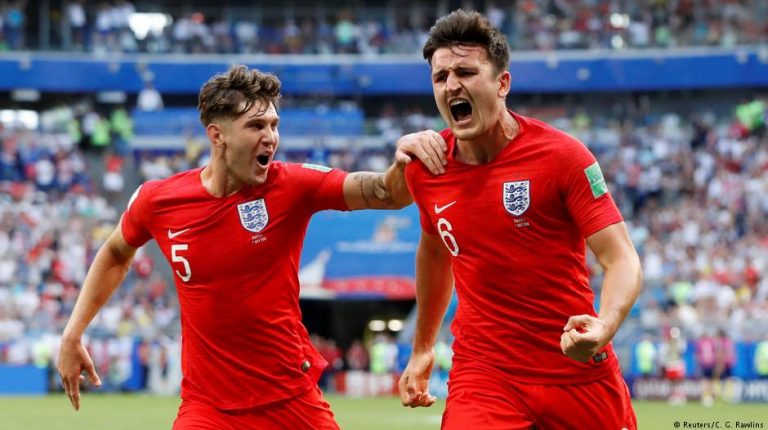 Gareth Southgate’s young, experimental England side are through to the last-four in Russia. While reduced expectations and a clear tactical plan have worked wonders, much is owed to to their strength from set plays.England have done it; through to the last four of a World Cup for the first time since 1990. Cue bedlam from Land’s End to Carlisle.

Gareth Southgate’s side looked assured from the start against Sweden, the nation’s most important fixture since their previous World Cup quarterfinal — against Portugal — in 2006, with more possession, more passes and more shots than the Scandinavians. In the end, however, none of that mattered, as expertise from set-plays once again proved decisive for the Three Lions.

The game’s opening goal, scored by Harry Maguire, was England’s fourth from a corner at this World Cup. With penalties factored in, eight of their 11 finishes have come from dead balls. The last three teams to score to four or more goals from corners at a World Cup have gone on to win it – Germany in 2014, Italy in 2006 and France in 1998.

Undoubtedly the set-piece kings in Russia, their quality from set plays has contributed to their best World Cup tally, 11, since, you guessed it, 1966. At the final whistle, England’s coach was quick to compliment his side’s superiority from set pieces.

“We scored from set plays because we got into good areas on the pitch. Sweden are well organised, they make things tough and over the years we’ve underestimated them. Today, our spirit was as good as theirs but our quality was a little bit better.”

England’s next opponent’s, either Russia or Croatia in the semifinal in Moscow on Wednesday evening, will have homework to do. Top of the priorities list will be denying their opponents opportunities to deliver from set pieces. Wingbacks Kieran Trippier and Ashley Young have excelled at providing ammunition for the likes of John Stones, Harry Kane and Maguire. Trippier, in particular, has been widely lauded for the quality of his set-pieces, with some in the British media comparing him with England hero David Beckham.

Kane assuredness from 12-yards has also been key to England’s run through this tournament, with spot-kicks converted against Tunisia, Panama and Colombia, as well as one in the shootout victory over the South Americans in the last 16. The England captain seems determined to drag his nation to the final one fearless spot kick at a time.

Much of the praise belongs to a man behind the scenes, however, with several members of the squad heaping praise on Allan Russell, England’s attacking coach. The 37-year old is responsible for developing the team’s movement inside the box, with Gareth Southgate keen to strengthen his squad’s efficiency from dead ball situations.

“Allan is spending more time on the set pieces,” Southgate told reporters after England’s 6-1 Group G thrashing of Panama. “We’d identified them as key in tournaments, and an element we felt we could improve upon.

“It helps if you have outstanding delivery and people who want to go and head the thing, of course, and we’ve got that. We’re giving it the right attention in training, and it was clear Panama were wary of it from the start. No matter how much you control the play at both ends, set plays are really important.”

Southgate’s wish for his squad to “own” tense situations, from penalites to corner kicks, has manifested itself in marginal wins on the pitch, and, while there is more to this England team than excellence from dead ball situations, to deny that they’ve played a huge part in England’s success until now would be erroneous.