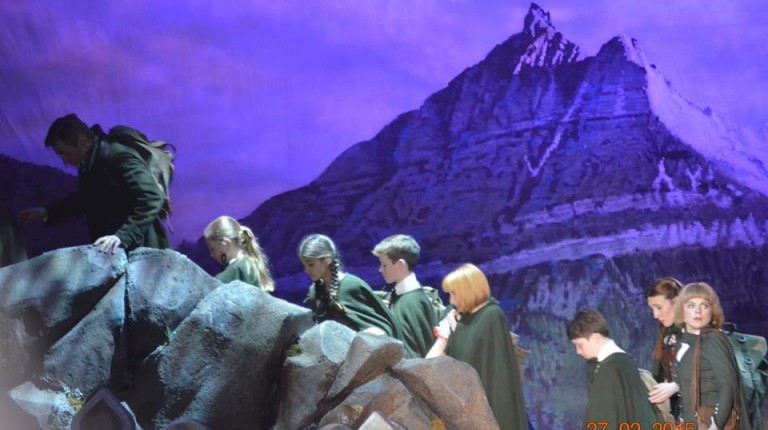 The two-month exhibition showcases 150 artefacts from the Egyptian Museum. Two of them belong to the most beloved pharaoh, Tutankhamun, while the others are the funeral belongings and furniture of King Akhenaten’s grandparents, and some of the discovered antiquities from Tanis city, El-Anany said at the exhibition’s opening press conference.

“These [showcased] pieces are a message of safety and assurance to the world,” El-Anany said, explaining how these temporary exhibitions send the message that Egypt is safe and stable.

El-Anany added that Egypt is fighting terrorism through culture, civilisation, and antiquities, which are the “soft power” for doing so.

He also added that these artefacts will be showcased again at the Egyptian Museum once they return to Cairo, replacing Tutankhamun’s relics, all of which are to soon be transferred to the Grand Egyptian Museum (GEM). The exhibition lasts until 9 September in Monaco.

El-Anany asserted that the 116th anniversary of the Egyptian Museum will not be like any other celebration the museum has organised, inviting people to visit Egypt in order to see the other antiquities displayed at the museum, “which are not less important than the ones belonging to the golden king.”

He concluded his speech by saying that Egypt always welcomes all of visitors who want to enjoy its history and civilisation, highlighting the renovation process several ancient places are undergoing nowadays, including the Greek-Roman Museum and the Eliyahu Hanavi Synagogue in Alexandria, assuring that “Egypt is currently witnessing an unprecedented attention towards antiquities.”

For her part, Al-Mashat expressed her happiness with the exhibition, which promotes tourism in Egypt and shows the world the astonishment of the Egyptian civilisation.

Al-Mashat added that throughout the exhibition period, there will be ads around the exhibition about the touristic places the visitors should visit in Egypt.

“From the very beginning, El-Anany decided to put the international logo of tourism in all of the advertorial and flyers of the exhibition in order to promote tourism in Egypt’s different places,” she explained.

The minister also added that there will be cooperation between the ministries of antiquities and tourism for the sake of attracting further tourists with the help of the upcoming GEM opening.

From his side, Heikal stated that the temporarily exhibitions are the best Egypt’s culture and civilization ambassador, adding that this exhibition in particularly shows great attention to every single showcased antiquity and displaying them all in a way that presents their beauty and authenticity.

The preparation of transferring the exhibition took around six months of intensive work, in order to carefully prepare the relics to be commuted without any damages.

The exhibition is the second of its kind to take place in Monaco. The first one was in 2008, under the name of “Queens of Egypt” with 26 showcased relics about the belongings of the queens.