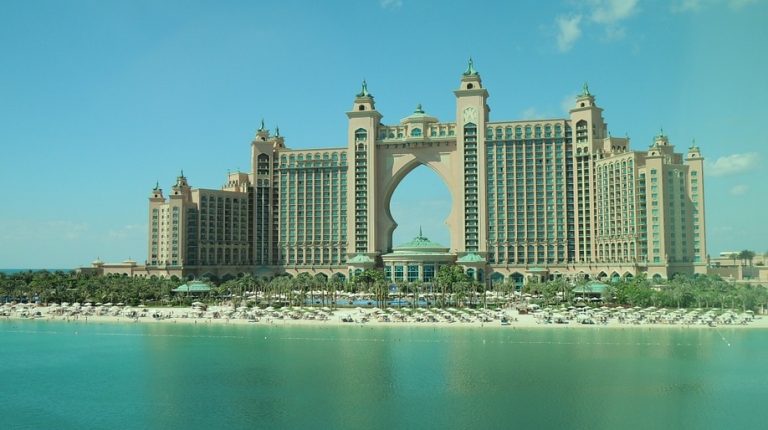 According to the bank’s report, the real estate sector is competing with the oil sector in the acquisition of the top economic sectors.

The bank pointed out that Dubai is the world’s first destination for real estate investment globally.

Last year, real estate market in Dubai witnessed the launch of many new projects, such as the Bluewaters, La Mer, and Downtown Dubai projects.

Currently, the real estate market in Dubai is witnessing a wave of correction of current prices that dominate, due to many reasons, especially to increase supply to more than demand.

The Central Bank of the UAE’s expectations come at a time when the UAE is seeking to diversify its revenues to become less dependent on oil revenues.  The country is striving to reduce the contribution of its oil sector into its GDP, by focusing on other promising sectors, topped by the real estate sector, with the aim of diversifying sources of income and fortifying domestic markets against fluctuations in oil prices.

Meanwhile, Egypt’s real estate investments during the coming 10 years from the top 20 Egyptian real estate developers in 30 ongoing projects are estimated at EGP 700bn ($39.14bn), including EGP 100bn ($5.59bn) that will be pumped this year—most of which will be pumped into luxury housing.

Nevertheless, Egyptian investors see 2018 as the starting point for large real estate projects, with the construction sector taking off on a large scale.

The volume of Egypt’s real estate projects increased by not less than 40% during the current year compared to 2017, according to real estate experts. Furthermore, the volume of investments pumped from various companies, whether Egyptian or Arab, increased as well.

The real estate sector contributed a growth rate of 16% in Egypt’s GDP and is expected to reach 20% in the coming period through the development of mega national projects implemented by the state, such as the New Administrative Capital, New El Alamein, New Mansoura, and some projects in Upper Egypt.

In the past, the growth rate ranged between 11% and 12%, which contributed to the provision of 3 million jobs.