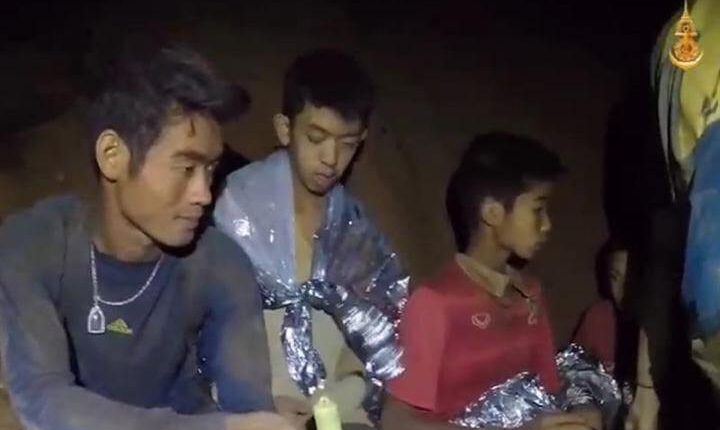 Eight of the 12 Thai children and their coach, who were trapped in the Tham Luang cave complex in northern Thailand after floodwater closed the cave, were rescued on Monday, after spending more than two weeks trapped in the cave, according to the Guardian.

The 12 children and their coach were on a trip as a part of their football training on 23 June, when rain started heavily falling, eventually leading to the increase of the water level, causing them to be trapped for several days before their location was detected.

The rescue mission started on Sunday, as the rescue chief, Narongsak Osottanakorn, told reporters, according to local media outlet Bankok Post. Osottanakorn assured that the divers made sure that “the children and their coach are physically and mentally fit for the rescue bid.”

The children, aged from 11 to 16, are supported with food and commodities to help them survive until they are all rescued. For two days, the world has closely followed the daring rescue process, as tens of divers continued to re-enter the cave to rescue the children.

Until the printing time of this issue, CNN announced that the second day rescuing operations have stopped after four more children were rescued.

Four of the children were saved on Sunday after divers spent 12 hours in the cave trying to get them out from the rock blocks, which closed the route out from the cave.

The 13 trapped persons were divided into four groups, in order to facilitate their rescuing process. The first has four members and the rest each have three members. The rescue process comes in parallel with thousands of pumps absorbing water to reduce the water level without being affected by the ongoing rain.

The first four boys were rescued on Sunday night, and the fifth, sixth, seventh, and eighth followed them on Monday morning after more than a six-hour operation.

The rescued children were reported to be mentally and physically safe; however, they underwent medical examination and stayed at a field hospital near the cave. Up until the story time of print, the children have not been reunited with their parents, and their names were not revealed.

According to the Guardian, doctors were quoted by Thai media stating that the delay is in order to manage the mental health of the parents, whose children are still inside the cave, as well as to ensure the boys can be tested for any diseases they might have picked up inside its dank, flooded interior.

Earlier on Friday, a military diver lost his life in the rescue attempt after he ran out of oxygen, while he was in charge of delivering oxygen tanks to the chamber in which the children are trapped. While he placed oxygen tanks along the route, he ran out of the needed amount to get him out alive.

Technology entrepreneur Elon Musk offered to send a Primary Path in a tweet, which is mainly a “tiny, kid-size submarine using the liquid oxygen transfer tube of Falcon rocket as hull,” as he described on Twitter.

He added that the Primary Path is light enough to be carried by two divers and small enough to get through narrow gaps, but extremely robust.