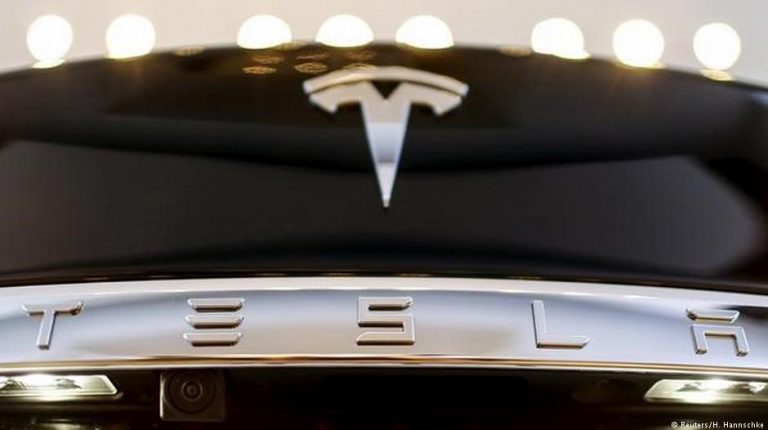 Tesla CEO Elon Musk has struck a deal with Shanghai officials to open the carmaker’s first plant in China. It comes after Tesla hiked its car prices in China amid mounting trade tensions between Washington and Beijing.American electric-car maker Tesla said on Tuesday it expects to be manufacturing some 500,000 a year in China in the coming years, after it signed an agreement with Chinese authorities to open a new car plant in Shanghai.

Chinese news website Knews, an affiliate of the state-owned Shanghai Media Group, reported that the new Tesla plant would integrate research and development, manufacturing and sales functions. The deal marks Tesla’s largest overseas venture yet and would double the size of the carmaker’s global manufacturing — although meeting stated unit production targets has been something of a sore spot of late for the company.

According to Shanghai officials, the agreement was signed on Tuesday at the Fairmont Peace Hotel, although media attendance was limited. A Reuters witness reported that Tesla CEO Elon Musk attended the signing, while Bloomberg reported that Musk was slated to visit Beijing later this week.

Tesla said it planned to produce its first cars within two years after construction of its Shanghai plant begins, and that it intends to ramp up production to 500,000 cars annually within two to three years after that.

Tesla’s foray into the Chinese market was announced just as the automaker raised prices on US-made vehicles sold in China in a bid to offset tariffs imposed by Beijing in retaliation over US President Donald Trump’s decision to slap heavy duties on Chinese goods.

The latest hikes have seen prices in China rise to more than 70 percent higher than in the US.

However, Tesla insisted that the Chinese-US trade row had no bearing on the new agreement. Musk has long entertained the possibly of opening a Chinese manufacturing plant but decried Beijing’s tough rules for foreign automakers, which would have seen Tesla forced to cede a 50-percent share in the factory to a local partner.

However, Beijing announced in April that it would halt restrictive ownership rules for foreign electric carmakers by 2020. The new agreement will allow Tesla maintain control of the plant and protect its technology.

Even before China’s 25 percent levy on US vehicles, carmakers have for decades moved to build more cars in China to mitigate currency fluctuations and trade policy reversals. As the world’s largest electric car market, investment by automakers into China has risen significantly in recent years.

According to the China Association Of Automobile Manufacturers (CAAM), some 777,000 new energy vehicles were sold in China in 2017, with the number expected to hit 1 million this year, accounting for roughly 55 percent of all global sales.

Beijing has said it is working towards a goal of 100 percent electric vehicles on the road by 2030.