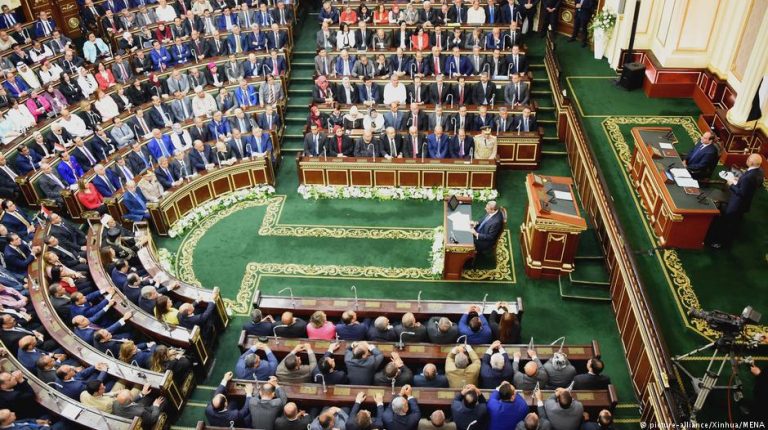 The committee formed from the parliament to study the government’s programme and assess it will complete its tasks early next week.

Halah Abou El Saad, the committee member, said that this week, the various sub-committees will be presenting their reports on the programme, whereby they could be aggregated in a unified report next week.

She told Daily News Egypt that the parliament will be assessing the government’s programme following examining the report.

Several sub committees started their intensive discussions this week to study the government’s programme to assess it, especially the committees of economic affairs, plan and budget, small and medium enterprises (SMEs), and industry.

The economic affairs committee held three meetings over a period of three days, from Sunday to Tuesday. While the industry committee held a meeting on Monday.

Parliamentary sources that preferred to remain anonymous pointed out that there are some reservations regarding the indicators mentioned in the programme, such as the proceeds of non-oil exports, which would not exceed $28bn in 2020 despite the measures taken and legislations approved by the parliament in the past two legislative terms.

They added that the parliament is concerned about the weak direct foreign investments, even though the unified investment law was issued. This has also affected the availability of new jobs, which puts pressure on the economy.

A report issued by the CBE showed a decline in the net direct foreign investments by 8.3% during the first nine month of this fiscal year to $6.019bn, compared to the same period in FY 2016/2017.

Several files need to be dealt with to increase financial revenues, especially in terms of the reform of economic bodies that make losses or very small profits in spite of having available resources.

Moustafa Madbouly, the prime minister, and acting prime minister, presented the government’s programme to the parliament on Tuesday. It aims to reduce general debt to 90% of GDP by 2020 and to 80% by the end of the programme’s duration in 2022.

The government also targets reducing overall deficit in the state’s budget to 6% and maintain initial surplus of 2%, as well as take the growth rate to 8% in 2021-2022.

MP Amr El Gohary said that the government is required to lay out a new economic programme different from the current one after the obtainment of the loan of the International Monetary Fund in March of next year.

The fund announced its approval to provide Egypt with $2bn. The fourth batch of the loan is worth $12bn.

Mohamed Ahmed El Zeiny, the deputy head of the industry committee in the parliament, said that his committee will hold a meeting on Monday to look into the aspects related to the sector in the government’s programme.

He pointed out some requests previously made by the committee to the previous government regarding the repayment of the dues to support late exports and calculating electricity bills for factories based on actual consumption rather than a fixed instalment, as well as reducing the gas prices for factories.

As for the planning and budget committee in the parliament, it started its first meeting on Monday to assess the government’s programme and prepare a report about it, to send to the first deputy of the parliament, El Sayed El Sherif.

Yasser Omar, the deputy head of the committee, said that the government’s programme included targets of growth, unemployment, and the overall deficit without including the required funding methods to achieve the desired objectives.

The government programme presented by Madbouly on Tuesday targets a growth rate of 8% in FY 2021/2022, an overall deficit of 6%, and a debt of 80% of the total GDP.

“The government’s programme lacked the mechanisms through which we can achieve the mentioned objectives,” he added.

Despite Omar’s criticism of the programme, he said that there was still great development in the way the Egyptian government sees economic issues, as Madbouly’s government is deemed one of the best governments that has presented programmes to the parliament over the past period.

Omar has expressed his concern about the worsening of the interests of the public debt service over the past years, which represented 39% of the total budget, which is worth EGP 1.4tn compared to 10% in 2010.

Mervat El Kassan, member of the committee of planning and budget in the parliament, said that the committee will finish studying the programme very soon.

She added that the committee will direct several questions to the government regarding the tax reform programme, whether in terms of the legislations of financers or the tax authority, which could improve the efficiency of collection and increase revenues.

By the end of this fiscal year, the Ministry of Finance targets tax revenues of EGP 770bn, compared to EGP 604bn in the past fiscal year.

Abdul Aal had formed a committee to study the government’s programme and evaluate it within 10 days to be re-discussed, in order to decide whether or not the new government will be given confidence.