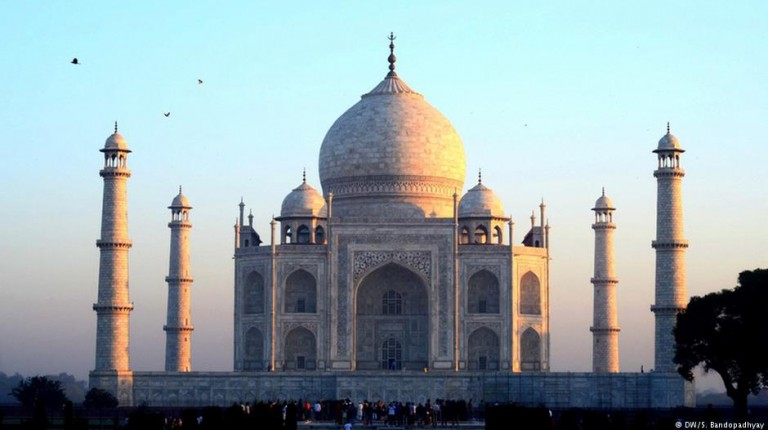 The desolate state of the world-famous Taj Mahal has called India’s Chief Justice onto the scene. On Wednesday, the Supreme Court called on the government to do more to protect the white marble wonder of the world.The ‘Times of India’ reported that the lawyers accused the central and local governments of “lethargy” and “indifference”. “Either we close the Taj, or we tear it off, or we restore it.”

In May, the Supreme Court expressed concern about the colour of the mausoleum. Because of the massive air pollution in and around the city of Agra, where the Taj Mahal stands, its marble facade has changed from pearl white to a greenish brown, the judges complained.

The mausoleum attracts eight million visitors a year. But the location of the legendary tomb on the southern bank of the Yamuna River is causing increasing problems. The insects that breed in the stinking river bed leave green spots on the historic building. In addition, the dirty air of the megacity of Agra colours the majestic marble building.

Because the Yamuna has almost dried out, experts also fear for the stability of the building, whose foundation is made of wood. With falling groundwater levels, the masterpiece of Islamic art could sink into the ground at some point.