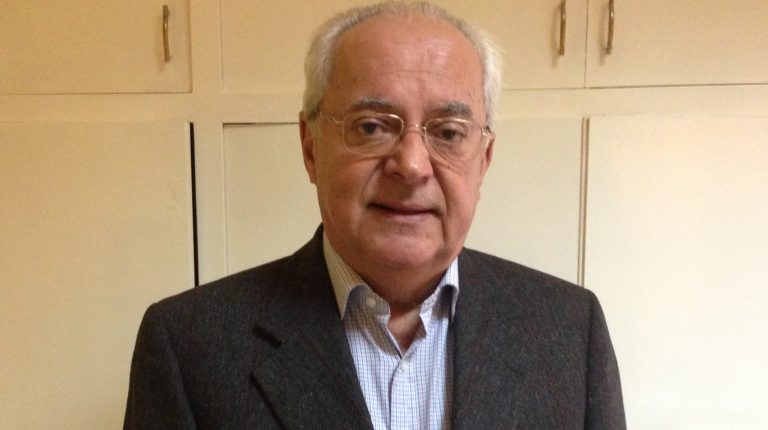 Fouad Younis, chairperson of the Egypt-France Business Council (EFBC) in Egypt, said France’s government is discussing co-organising several events with Egypt to celebrate 150 years over establishment of Suez Canal in 2019, noting that Egypt will host exhibition called “The Saga of the Suez Canal: from the Pharaohs to the Twenty-First Century” at the National Museum of Egyptian Civilization in the ancient city of Fustat.

Younis added that France is organising the Suez Canal exhibition in Paris before it will move to Marseille in the fall, and then it is expected to be organised in Egypt in the first half (H1) of 2019.

Daily News Egypt sat for an interview with Younis, the transcript for which is below, slightly edited for clarity:

How many members does EFBC consist of?

The EFBC was firstly established in 2006, including about 20 Egyptian members and 20 members from the major French firms’ chairpersons, but after years, the EFBC role was pulled down which pushed me to discuss the possibilities of boosting cooperation and supporting the council to more enhance the economic relationships between both countries.

Now, we only have 10 French members who are very keen on cooperating in Egypt in the fields of trade and investments and 20 Egyptian members.

Do you have any plans to increase EFBC members?

Yes, we are keen on increasing numbers to reach 20 French members

Do you regularly meet with French side of EFBC?

Both French and Egyptian sides meet at least once a year plus the gatherings on the side-lines of the presidential and ministerial visits and major events.

Egyptian members of the EFBC meet every month, to discuss the latest updates of the economic cooperation, last meeting took place three weeks ago in Paris the in the presence of Sahar Nasr, minister of investment and international cooperation; Hala Al-Saeed, minister of planning, administrative reform and following up; and a group of Egyptian major businesspersons, including Naguib Sawiris and Ahmed El Sewedy.

Notably, DNE exclusively reported in mid-June that Nasr and Al-Saeed were expected to attend the Arab World Business and Economic Meetings seminar about Egypt titled “The Future of French-Egyptian Business Relations”, which was organised by the Arab World Institute (AWI) in Paris on Tuesday 26 June.

The event was organised in collaboration with the EFBC, the French embassy in Cairo, and the Egyptian embassy in France.

The meeting was very successful and focused on several sectors as renewable energy, sustainable development, and other areas of investments.

On the side-lines of the Paris visit, the French side organised a free tour of an exhibition called “The Saga of the Suez Canal: from the Pharaohs to the Twenty-First Century” on the occasion of celebrating 150 years of the establishment of the Suez Canal in Egypt.

What other events are you arranging on occasion of celebrating 150 years of establishment of Suez Canal?

France pays great attention to the Suez Canal celebrations, the Suez Canal exhibition will move to Egypt in the first half of 2019 year, will be hold at the National Museum of Egyptian Civilization in the ancient city of Fustat.

In November 2019, there will be major celebrations in both France and Egypt, in collaboration with Egyptian Ministryof Antiquaries and the Suez Canal Authority.

The EFBC is planning to organize an economic forum with the French side in 2019 to discuss boosting cooperation.

What about EFBC next meeting? What are main pillars of discussions?

Next week, we will hold our next EFBC meeting in Egypt, we will mainly discuss results of Paris meeting and the suggested projects that will be signed,during the French President Emanuel Macron’s planned visit to Egypt, which has not been determined yet but is expected to take place before the end of 2018.

DNE previously reported that Baptiste Dimas, agri-food department managerat the Egypt’s Business France office said that Macron will accompany a business delegation, during his planned first official visit to Egypt, noting that the French president’s expected visit will not only be political, but also an economical one.

Dimas added that trade exchange with Egypt reached €2.5bn by the end of 2017, €1.9bn, of which are exports from France to Egypt, while €600m are Egyptian exports to France, noting that about 16% of the French exports to Egypt are food products, half of them are grains.

Are there any other issues will be discussed?

France is very keen on working in Alexandria, we will discuss the possibilities of operating a maritime line between Marseille and Alexandria, establishing a French industrial zone in Alexandria, France also is financing developing tramway network in the city.

How do EFBC promote investment in Egypt for French firms?

We are always keen on organising events in the presence of Egyptian ministers to closely explain the Egyptian reforms for the French firms, many firms are expanding including Orange SA, L’Oréal SA, Saint-Gobain SA, and others.

We also publish a quarterly newsletter on France, reporting the latest news about the Egyptian regulatory developments to help increase awareness of the Egyptian market updates.

Yes, off course, they feel that this is the right time to invest in Egypt, especially after the economic reform, investment law, and the governmental exerted efforts to solve issues that face local and global investors.

Egypt ratified a landmark investment law that will modernize and reduce barriers to how international companies invest and operate in Egypt. The measure will expand economic growth, domestic production, exports, and foreign investment, and is designed to boost employment opportunities and increase Egypt’s competitive edge across the region. The law is also expected to ensure equality of opportunity, empower youth, protect the environment and public health, and enhance good governance and transparency, media reported on August 2017.

Back to EFBC members; would you please tell me more about companies that have membership?