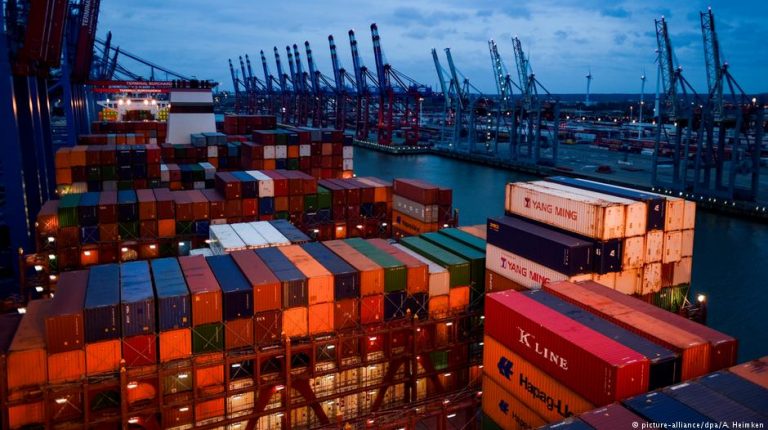 The European Commission has released new economic growth forecasts. Europe’s major economies are expected to grow in the next two years — but at a slower rate than the Commission had previously forecast.The European Commission on Thursday cut its forecasts for the eurozone’s economic growth this year, citing among the top causes for its revision trade tensions with the United States, as well as rising oil prices, which are expected to push the bloc’s inflation higher.

The slowdown of the eurozone economy is set to affect all major economies of the bloc, but is expected to hit Italy harder, as the country is forecast to record the lowest growth rate in Europe, matched only by Britain among all 28 EU countries.

The EU executive estimated the 19-country eurozone will grow by 2.1 percent this year, lower than the 2.3 percent gross domestic product (GDP) increase it had forecast in its previous estimates released in May, and below the 2.4 percent growth recorded last year.

In 2019, the bloc’s growth should slow to 2.0 percent, unchanged from the previous forecast.

To get a sense of how forecasts can differ from actual results, see the charts. The first shows how GDP actually changed (light blue) and how it was forecast by the Commission to change (blue-and-black hatched bars) in 2017 compared to the previous year. The second chart, further below, compares actual and forecast changes in the consumer price inflation for 2017 compared to 2016. The take-home message here is that the forecasts the Commission is currently making about next year’s GDP or inflation numbers will likewise prove, in retrospect, to be wrong. Nonetheless, the forecasts are useful as a snapshot of Commission economists’ perceptions of current trends, reflected in available economic data as these are processed in their economic models.

“The downward revision of GDP growth since May shows that an unfavourable external environment, such as growing trade tensions with the US, can dampen confidence and take a toll on economic expansion,” Valdis Dombrovskis, EU Commission vice president for the project team Euro and Social Dialogue, said.

The negative impact of trade disputes on the European and global economy are expected to be much bigger in case of escalation, according to EU economics commissioner, Pierre Moscovici, who said: “Trade wars produce no winners, only casualties.”

Rising oil prices have also contributed to the slowdown, the Commission said, and are expected to push eurozone inflation up 1.7 percent this year and next, from the previously estimated 1.5 percent in 2018 and 1.6 percent in 2019.

Germany and France, the two largest economies of the eurozone, are expected to lose steam this year and next.

According to the Commission’s prognosis, Germany’s GDP expansion will slow to 1.9 percent this year and will grow at the same rate in 2019. That’s down from the previous estimates of 2.3 percent in 2018 and 2.1 percent in 2019. Germany’s GDP grew 2.2 percent last year.

The slowest-growing economy of the bloc will remain Italy, which is expected to grow only 1.3 percent this year, less than the 1.5 percent estimated in May. The economy is forecast to further slow to 1.1 percent in 2019, farther down from the 1.5 percent growth recorded last year.

One of the causes cited by the Commission for the revision were “reemerging concerns or uncertainty about economic policies,” as Italy’s new eurosceptic government has launched ambiguous messages on its future spending plans.

Only the UK is expected to match Italy in sluggishness of growth among all the 28 states of the European Union. It will grow 1.3 percent this year, according to the Commission estimate, less than the previously estimated 1.5 percent expansion — a big drop from the 1.7 percent GDP rise recorded last year.

In 2019, when Britain is expected to quit the European Union, its economic expansion should slow further to 1.2 percent, the Commission predicted. It stressed however next year’s forecast was based on technical assumptions, and that the unclear outcome of Brexit talks could have unpredictable effects on the country’s economy.

Britain’s inflation is also forecast to go up further to 2.6 percent this year, from a previous estimate of 2.5 percent.