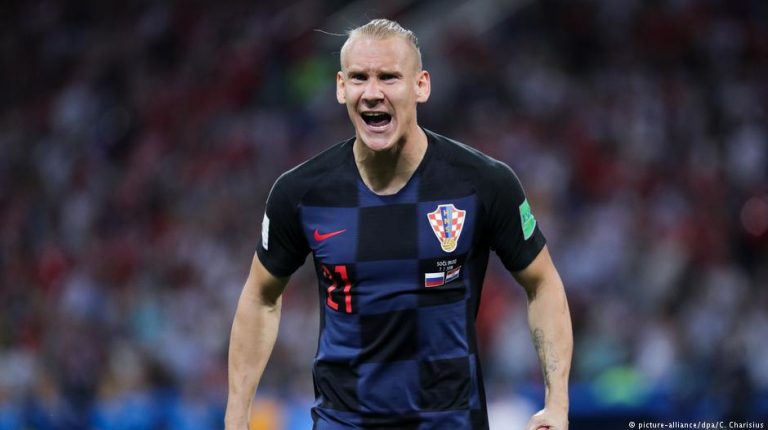 Domagoj Vida has apologized for a video posted on social media in which he said “glory to Ukraine” after Croatia’s win over Russia. Tensions between Russia and Ukraine have been high since Russia annexed Crimea in 2014.Croatia defender Domagoj Vida apologized after his team’s 2-1 extra time win over England in the World Cup semifinals on Wednesday for comments in support of Russia’s neighbor Ukraine.

A half an hour into Wednesday’s match, spectators in Moscow’s Luzhniki Stadium began jeering Vida every time he touched the ball. Vida drew the wrath of many Russians for videos posted online in which he said “glory to Ukraine.” The video appeared to be recorded after Croatia’s penalty shootout victory over Russia.

“I know I made a mistake and I would like to apologize again to Russian people,” Vida said in an interview with Rossiya 24 state television, adding that he was bothered by the jeers.

“I’m sorry. That’s life. You have to learn from your mistakes,” he said.

‘Not intended to offend anyone’

In an earlier statement released by the Croatia’s football federation (HNS), Vida, 29, who played for Dynamo Kyiv from 2013-18, said he did not intend for the message to be a political statement.

“Our intention was not to offend anyone… I sincerely hope that this message will not be understood as anything else but an expression of gratitude to our friends in Ukraine for their support,” he said.

Relations between Russia and Ukraine since Russia’s annexation of the Crimean peninsula in 2014 and its support of pro-Russian separatists in eastern Ukraine.

FIFA, world football’s governing body, issued Vida a warning for not adhering to tournament rules about political neutrality. FIFA also fined Ognjen Vukojevic, a member of Croatia’s coaching staff who posted one of the videos, 15,000 Swiss francs (€12,900, $15,000) for unsporting behavior. Vukojevic was also sacked by the HNS and had his accreditation for the World Cup revoked.

Vida is expected to be in the stating lineup when Croatia face France in the World Cup final in Moscow on Sunday.