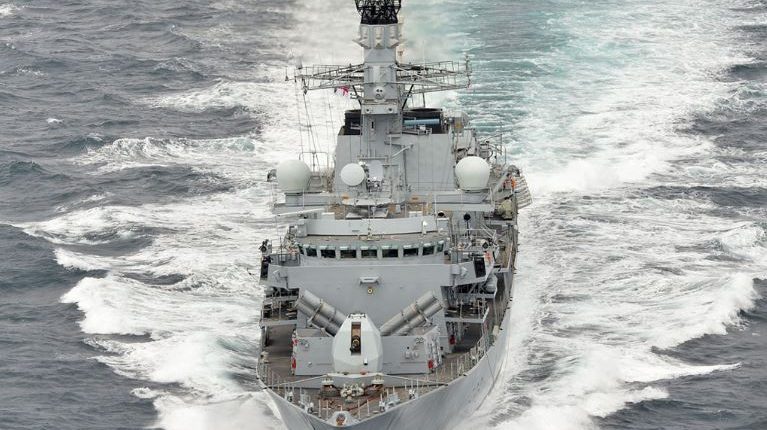 HMS Argyll of the British Royal Navy has joined the Egyptian navy in military drills with the aim of deepening the military relationship between the two countries.

The exercise lasted for several days and was described by Egyptian military spokesperson Tamer El-Refai as part of the military’s plan to participate in joint exercises with allied countries.

The drills started on 9 July when HMS Argyll arrived and was received by Commander in Chief of the Navy Vice Admiral Ahmed Khaled Hassan Saeed and the British consul in Alexandria.

Saeed also met with commanders from the UK navy in the Middle East and discussed cooperation between the two countries’ naval forces.

Commenting on the drills, British Ambassador John Casson said, “Egypt and the UK are facing shared challenges in maritime security and counterterrorism. The UK will not leave Egypt to stand alone in facing security challenges in the region.” He added that the visit of HMS Argyll is “the latest in a series of high-profile steps forward in our defence cooperation, to strengthen the bonds between our two navies.”

Meanwhile, British Defence Attaché Colonel Ed Sandry said that the visit is “an example of the deepening military relationship between Egypt and the United Kingdom. We face common threats together and our increased maritime relationship is just one example of such cooperation.”

HMS Argyll has had an illustrious career in the British navy, from countering the smuggling of narcotics in the Caribbean to countering piracy operations in the Middle East. It has a crew of over 200, including two female officers, and is due to join coalition assets conducting maritime security operations in the Gulf.