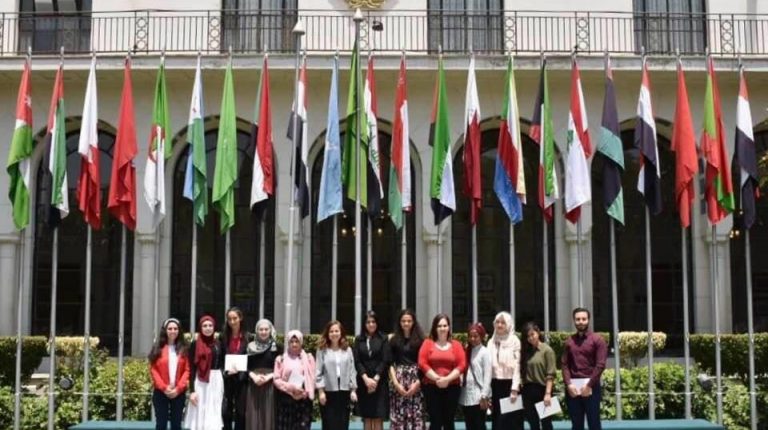 The founder of the Egypt Student Internship Programme (ESIP), Nancy Hadi, told Daily News Egypt in an interview that the ESIP aims to promote the various kinds of tourism in Egypt, including cultural, medical, educational, and youth tourism. The transcript is below, lightly edited for clarity:

The ESIP is an educational, cultural exchange and an internship programme organised by the International Business and Investment Services (IBIS), also founded by Hadi, in collaboration with a number of prominent partners in Egypt, the United States (US), and many other European countries.

Its interns have the opportunity to spend anywhere from two to four weeks in Egypt interning at one or more internationally recognised institutions or organisations, and in many different fields, disciplines, and industries, depending on their interests.

During the summer of 2018, the ESIP received its first group of interns from the US visiting Egypt.

Hadi stated that she chose to begin by the US, as she was living there before and studied there, hence due to this connection, she preferred to begin from there, noting that she hopes to make this initiative with all countries.

In this term, the IBIS founder explained further that the first group consisted of about 10 girls, noting that those interns’ ages varied from 14-22 years old and that they are interested in the medical field.

She continued that they are spending a month in Egypt, during which they started internships at Magdi Yacoub Hospital in Aswan and 57357 Hospital in Cairo, and they plan to visit different places and governorates in Egypt during their stay.

For her part, Mahbuba Neela, the US students’ coordinator for this programme, told DNE that they chose the students who have higher GPAs and are interested in studying in the medical field, noting that this initiative is wonderful.

ESIP’s impact on tourism in Egypt

“The interns have the opportunity to experience authentic Egyptian culture, food, and landmarks in a less traditional and more innovative way, while visiting Cairo and several other cities throughout this magical land,” Hadi stated.

She said that the ESIP aims to promote tourism by sending an indirect message to the whole world that Egypt offers some of the most impressive institutions, experts, and scholars in the world, and that it is the perfect hub for internships, cultural education, and training.

In addition, it is to send messages that Egypt is safe, amazing, and that there are so many experiences to be gained in the country.

Hadi stated that these are indirect messages, as they do not tell them that Egypt has the most impressive experts and scholars or that Egypt is safe, but they make them take the experience by themselves and tell their opinions honestly.

Neela confirmed, explaining that the girls are happy, taking photos, and posting pictures on social media for every place they visit.

Hadi explained that these indirect messages are sent through having these female interns in Egypt for a month without their parents, posting through social media that they are in Egypt taking internships and are safe.

Promoting tourism is not only government’s responsibility: Hadi

Hadi asserted that promoting tourism is not only the government’s responsibility, but is also the responsibility of each citizen and institution in Egypt, noting that all of society should join forces to promote tourism.

She stated that the success of this programme is not related to the IBIS only, but is also related to every citizen who offered help in this programme, starting from the ministries and the councils that facilitated and welcomed the idea, ending with the fava bean sandwich seller in Khan El-Khalili who offered to provide the girls with free breakfast every day since he knew about the programme’s idea.

Hadi asserted that there are many people from different categories who offered to help in this programme without asking, such as a professional Egyptologist who volunteered to explain to the girls the significance of the various important historical landmarks in Egypt they visited, and the different institutions and companies that offered help and visits to their plants.

Concerning the funding, Hadi explained that the girls travelled on their own budget, but they had great discounts from every institution that knew the idea of the programme, such as the hotels, the flying agency, etc.