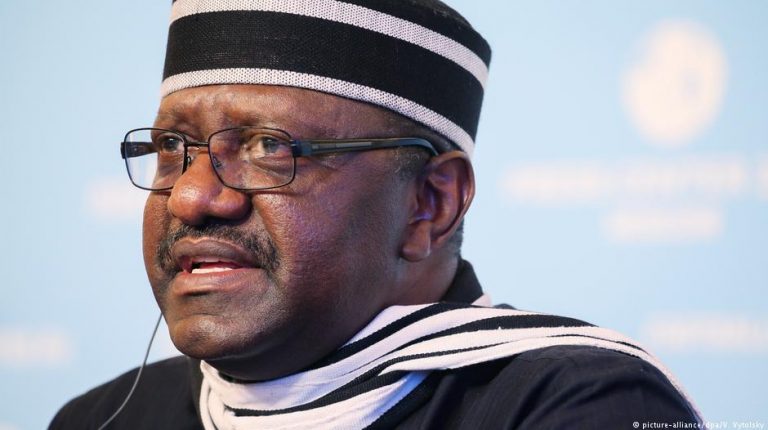 Dozens of Nigerian football enthusiasts who were victims of a scam have run out of money to buy a return ticket. The Nigerian ambassador. The Nigerian ambassador has slammed them after they sought his help.Speaking to the stranded football supporters outside the Nigerian embassy in Moscow, Ambassador Steve Davies Ugbah said, “For this World Cup your fan ID says come here, watch the game, after the game, go back. So if anybody fooled you into believing that you can come here with your fan ID and stay that is a lie.”

Dozens of Nigerians acquired Fan ID tickets in their home country on the promise they could watch World Cup matches and then stay in Russia where work opportunities were awaiting them. But they quickly realized it was a scam. The stranded Nigerians spoke to DW.

“I just want to go home,” said one man who, for fear of reprisals in his homeland, did not give his name, while another agreed and added, “We are Nigerians. Our government should help us.”

Alternativa, an anti-human trafficking organization said Nigerian men are not the only ones who have been trafficked into Russia for the World Cup. Sofiya Dukhovnaya, an activist with the group said they were able to identify several women brought to Russia for sexual exploitation.

FIFA also stated, “The competence to address issues related to human traffickings, like any other criminal activity, is with the relevant national and international authorities.”

The Fan ID system was designed to offer visa-free travel to ticket holders, but fans quickly found the same ticket number could be used to apply for multiple IDs and even numbers from expired tickets could be used. In some cases, people appear to have used their Fan IDs to enter Russia as a stepping stone in attempts to migrate to European Union countries.