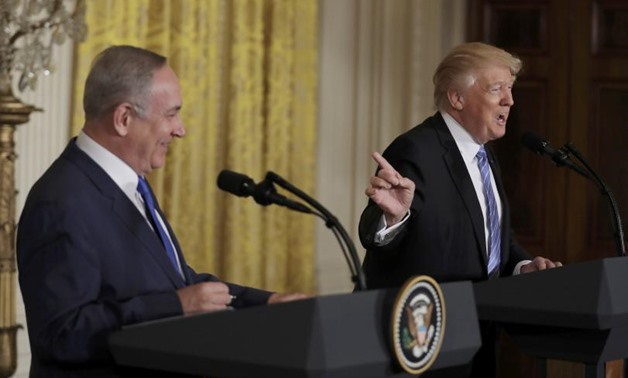 Ahead of White House Senior Adviser Jared Kushner’s Middle East Tour last June, there was a strong sense that the deal of the century, which President Donald Trump held, was in its final process, before being announced to the world. Weeks later, the tone has lowered.

A two-state solution along the 1967 borders, with East Jerusalem as the capital of a Palestinian state, was the response Egypt and Jordan committed to in meetings with Kushner. That is not part of the offered American deal.

The Palestinian authority reiterated its rejection of the so-called deal, including a recently emerged plan led by the US to reconstruct the besieged Gaza Strip controlled by Hamas, which has been suffering dire humanitarian conditions.

In a Sunday meeting in Ramallah chaired by Palestinian President Mahmoud Abbas, the Fatah Central Committee said in a statement that it refuses “any political deal, whether it was called deal of the century or the Gaza deal,” Palestinian news agency WAFA reported.

To Palestinians and other Arab and Muslim countries, what is on the table is an undermining of their historic rights and a bypass of international resolutions.

Many also view the Gaza reconstruction plan as a new entry to passing the deal through and reminding themselves and the world that they need to take a strong stance against it. 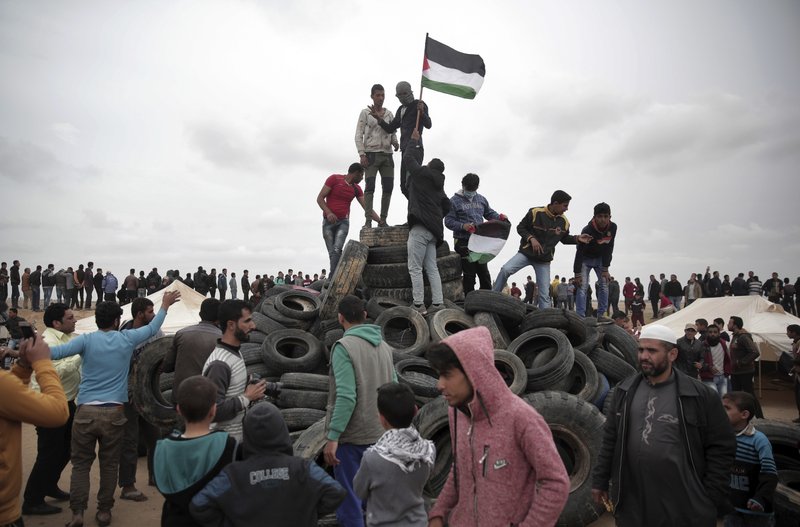 Jerusalem move was first step towards Israel’s hopes, pressure was next

When Trump took the internationally rejected decision of recognising Jerusalem as the capital of Israel and moving the US embassy from Tel Aviv to Jerusalem, it was the first practical implementation of the deal of the century, according to Mohamed Abu Samra, a Palestinian intellectual who heads Al-Quds Centre for Studies, Media, and Publishing.

To Palestinian President Mahmoud Abbas, the announcement meant the end of the US leading role played for decades as the sponsor of the Middle East peace process. But the US went through with opening its embassy in Jerusalem.

“In doing so, the US has in fact declared war to the historic rights and religious shrines of the Palestinian people, the Arab and Muslim community, and is the implementation of the first step in the conspiracy aimed at terminating the Palestinian cause and killing the ambitions of the Palestinians to have an independent state on their occupied lands since 1967,” Abu Samra stated.

The US reportedly voiced the details of its plan to the Palestinian side through at least one Arab country who acted as a third party, as the Palestinian Authority has declined to sit with American officials since the embassy decision. Experts said the US was trying to pressure the Palestinians into accepting a deal by aligning other Arab states to its plan.

According to the privately-owned Egyptian Al-Shorouk newspaper in March, unnamed Arab countries told Abbas to accept the offer before losing more ground and that the latter feared being portrayed as a traitor to the cause if he did. Quoting an unnamed diplomatic source, the media report said Egypt was not compromising the 1967 borders or accepting that the Sinai Peninsula serve as settlement for Palestinians.

It has been reported by different media that Mohamed bin Salman, Saudi Arabia’s crown prince, has been the most enthusiastic Arab leader about the US plan and tried to talk Abbas into it, in exchange for joint US-Saudi efforts to push back against Iranian influence in the region. MBS would have apparently offered Abbas tripling Saudi money amounts paid to the PA.

Saudi Arabia might be pushing Palestine, but is Egypt?

The mounting situation in Gaza is a major concern for Egypt in an area, where the army is facing security challenges and trying to eradicate militant groups. The need to keep the border zone calm was a drive of a renewed reconciliation attempt between Palestinian factions brokered by the Egyptian intelligence.

With regards to the deal of the century, Egyptian officials refuted claims that it was ceding to Americans and widely condemned a January report by the New York Times suggesting the leadership’s tacit acceptance of Trump’s Jerusalem move. Egypt also denied that Sinai or any of its territory would be offered for the resettlement of Palestinian refugees.

According to Abu Samra, Egypt voiced such rejection to Hamas and insisted that it would not give up any piece of its land. It is also reported that Egypt maintains East Jerusalem as the capital of the independent Palestinian state.

“The current US administration seems to imagine it would be able to conclude an entire one-sided deal in the Middle East and impose the policy of fait accompli through it,” Egyptian Professor Tarek Fahmy, head of the political and strategic unit at the National Centre for Middle East Studies, opinionated for Egypt Today in January.

Fahmy stated that in the 1990s, he took part in multi-party negotiation forums between Arabs and Israel over issues, which included Jerusalem, borders, refugees, settlements, economic relations, and water. To him, what the US and Israel are doing is approaching the conflict with a bargain mind set, like “buying or selling a corporation.”

Deal or Palestinian cause

“The Palestinians will receive opportunities to work, to earn a living, and to live in reasonable conditions in their current homes, in exchange for abandoning their national dream. They will not get a state, a capital in Jerusalem, or the right of return,” wrote Jack Khoury in his Thursday opinion for Haaretz under the title “The ‘real’ deal of the century”.

Bits and pieces of the unrevealed deal were out in the past months. The deal would exclude the settlement of the disputed Jerusalem and the return of Palestinian refugees. With Jerusalem being already established as the capital of Israel, it is less likely it would ever be on the negotiations table.

The plan would be to have a Palestinian state extended over the Gaza Strip and nearly half the West Bank space, with neighbourhoods in East Jerusalem coming under Palestinian authority.

Israel is to keep the old city, the plan intends. In exchange for giving up much of the West Bank to the Israeli occupation settlements, Gaza is to be given land and water space to work its economic reconstruction, including the possibility of building a port and an airport.

The Palestinian side has accused the deal of aiming to separate the West Bank from the Gaza Strip.

To Abu Samra, Washington’s most important tools to promote the deal are Arab capitals, on top of which come Riyadh and Cairo. In his analysis, he concludes that the US will continue to seek empowering Gaza and weakening the West Bank.

Earlier in July, the Israeli army destroyed a pool in Jordan Valley, from which residents gathered water for drinking. Moreover, on Thursday, Israeli forces raided a village in the area, destroying 400 metres of water pipelines.

“Indeed, the US-Israeli measures are going towards the direction of minimalising any Palestinian sovereignty in the west by tightening the security grip without facing the slightest opposition. If division inside Palestine continued, then what once seemed unthinkable in the past will soon become reality,” Abu Samra stated.