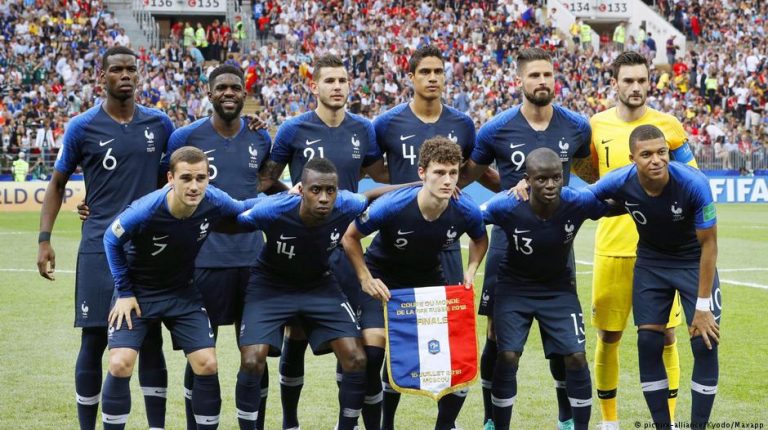 In the aftermath of France’s World Cup win, hasty parallels have been drawn with 1998, the last time “Les Bleus” won the trophy. But DW’s Matt Ford says that’s history; this was a modern triumph for a modern France.One hundred and sixty one days after Didier Deschamps lifted the World Cup trophy into the Saint-Denis sky on 12 July 1998, Kylian Mbappe was born in the 19th arrondissement of Paris.

For years, that 1998 triumph was also seen as a triumph for multicultural France, the crowning glory of the so-called génération black-blanc-beur (the black, white, Arab generation) and a vindication of a successful policy of integration. Twenty years on and modern France is still one of Europe’s most multicultural nations, but it’s a status which brings with it very modern challenges.

The success of that era has given way to challenges which have pushed the country’s resolve to the very brink in recent years: economic pressures, immigration, the rise of the far right and home-grown terrorism.

France’s new millennial generation is, in the sobering words of sociologist Ronan Chastellier of the Paris Institute of Political Studies, the génération Bataclan.

Now, almost three years on from the horror of 13 November 2015, and a year after National Front leader Marine Le Pen questioned what it is to be French, Deschamps, Mbappe and the rest of this French team have answered that question pretty emphatically.

To be French in 2018 is to refuse to bow to terrorism or the temptations of the far right and instead celebrate a national team which contains seven dual-passport holders who play their football in five different countries.

It is to learn to play football in the concrete cages of the Parisian suburbs before signing for Paris Saint-Germain. Most importantly, to be a French footballer in 2018 is to play a very modern style of football.

Individuals such as Mbappe, Paul Pogba and Antoine Griezmann grabbed the headlines, and rightly so. But the exhilarating transitions and counterattacks they produce have to be built on a solid foundation – and constructing that around the majestic N’Golo Kante in midfield was Deschamps’ greatest tactical achievement.

As a nation, France finds itself facing all of life’s modern challenges head on. Led by a young president in Emmanuel Macron who waves the flag for modern Europe and who was, quite literally, banging the drum for France in Moscow, this a resurgent France.

The team he greeted, hugged and kissed in the pouring rain on the pitch after their World Cup glory was a team that represents the France of today, not of 1998. After all, for Kylian Mbappe, that was literally before his time.