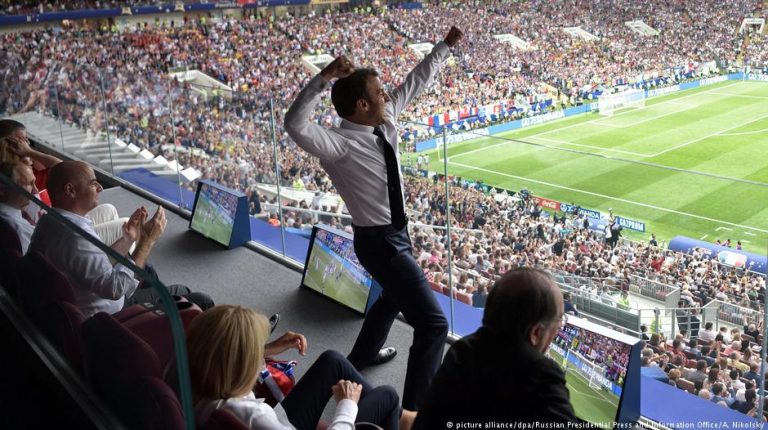 The internet was in a celebratory mood after France’s win over Croatia in Moscow. It involved dabs, politics and a certain Donald Trump. Here’s a review of the best tweets from the hours that followed the game.It’s official: Germany are no longer world champions. France are now officially World Cup holders after beating Croatia 4-2 in Moscow. As always, the game has triggered many reactions on social media. Here are a few of the best:

Germany defender Mats Hummels wished both teams best of luck ahead of the game.

2014 World Cup winning captain Philipp Lahm was in Moscow to hand over the trophy.

Croatia may have lost, but that didn’t stop fans in Zagreb from celebrating.

After France’s win, US President Donald Trump sent his congratulations. Is Trump a closet football fan?

Back in the sporting world, German NBA superstar Dirk Nowitzki was probably the only German fan to have fun whilst watching the World Cup.

Manchester City’s Benjamin Mendy often steals the show when it comes to social media. The Manchester City right-back uploaded a video of himself and teammate Paul Pogba dabbing with France’s President Emmanuel Macron. How many country leaders do you know that could pull this one off?

Speaking of Macron, France’s President took to Twitter to say one thing: Thank you.

Stuttgart’s Benjamin Pavard has had quite the tournament. He took a photo of his special moment with the trophy.

Germany and Real Madrid midfielder Toni Kroos was both happy and sad for his club teammates.

After France’s win, there were quite a lot of people gathered along the Champs-Elysees.

France were always going to storm the press conference.

Perhaps all that Ante Rebic needed was a long ball from Kevin-Prince?