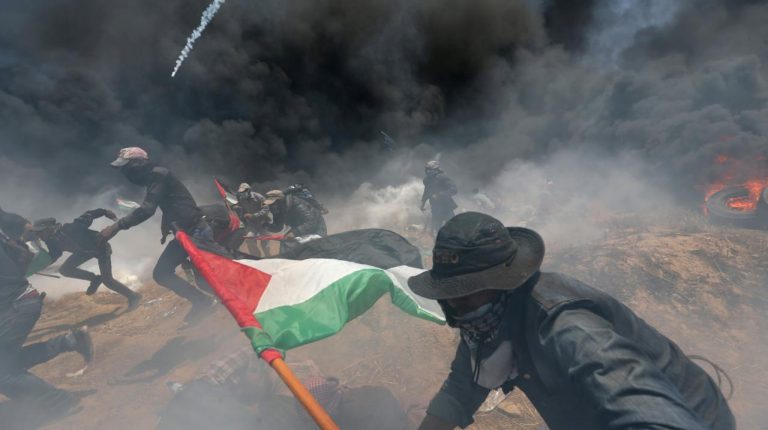 Israel’s Prime Minister Benjamin Netanyahu stressed at a cabinet meeting that Israel will not accept a ceasefire unless it is also including suspending firing burning kites and balloons from Gaza.

According to Israeli media, the security cabinet ordered the military to continue responding to firebombs carried out from Gaza.

On Saturday, a ceasefire was reached between the Islamic Jihad and Hamas movement and Israel, brokered by Egypt and the UN, along Israel-Gaza borders.

Israel launched dozens of airstrikes on Hamas military targets in Gaza on Saturday, while Palestinian factions fired more than 170 rockets and mortars into Israel, forcing Israelis to seek shelter.

According to Palestinian health officials, two teenage boys killed and more than 20 wounded by Israeli airstrikes.

Israel’s Magen David Adom emergency service said it treated a 52-year-old man, a 17-year-old girl, and a 20-year-old woman for injuries after a rocket landed on a residential home in the southern Israeli city of Sderot.

After announcing the ceasefire, Hamas on Sunday fired mortars into Israel, while Israel responded by destroying one of Hamas’s sites as well as launching three airstrikes into Gaza.

Last May, Israel, Hamas, and pro-Iran Islamic Jihad militants exchanged fire in the heaviest flare-up since the 2014 Gaza war, after Gaza’s militant factions fired more than 50 rockets and mortars into southern Israel.

In another context, Israel on Sunday carried out rockets on a Syrian military position near Nairab Airport in Aleppo, causing “only material damage,” according to Syrian state news agency SANA. Israel declined to confirm or deny reports.

Israel has repeatedly struck dozens of Iranian and Iran-backed positions in Syria, concerned by the Iranian influence in the war-torn country since the civil war kicked off seven years ago.