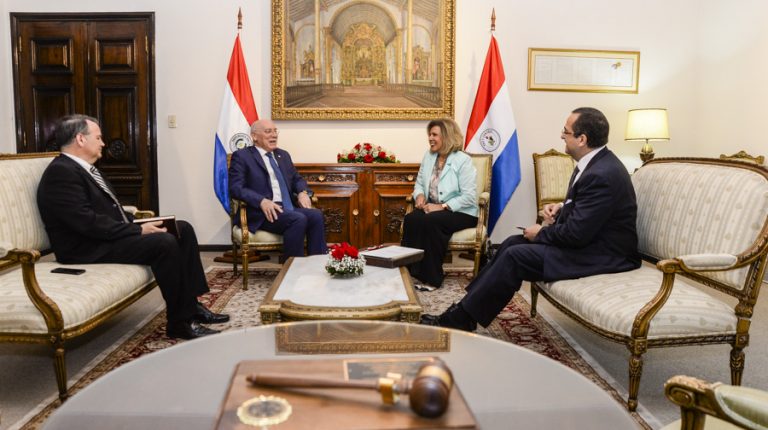 Russian President Vladimir Putin opened on Tuesday’s the highly anticipated joint press conference with US President Donald Trump in Helsinki by saying that Trump paid particular attention to Israel, during their summit.

The American president echoed that Russia and the US will work together to help ensure the Israeli security. This is the first official stand-alone meeting between the two presidents, amid tensions over Moscow’s alleged 2016-presidential election meddling.

“I addressed directly with President Putin the issue of Russian interference in our elections,” Trump said, adding, “I felt this was a matter best discussed in person. President Putin may very well want to address it, and very strongly, because he feels very strongly about it, and he has an interesting idea.”

However, Putin said that he supported Trump in the election. “I wanted Trump to win because he spoke about normalizing Russian relations,” adding in a reply to Trump’s statement, “President Trump mentioned the so-called interference of Russia in the American elections. I had to reiterate things I said several times: that the Russian state has never interfered, and is not going to interfere, in internal American affairs, including the election process.”

Yet the Russian president did not deny that Russia has compromising information on Trump when he was asked about it.

He added that the war in Syria, represents an opportunity for effective cooperation between the two countries, despite the fact that the United States and Russia have backed opposing factions. Calling for enforcement of the 1974 Israel-Syria Separation of Forces Agreement to bring peace to the Golan Heights.

However, the meeting between the two presidents was met with opposition, as the Former CIA Director John Brennan tweeted: “Donald Trump’s press conference performance in Helsinki rises to & exceeds the threshold of “high crimes & misdemeanors.” It was nothing short of treasonous. Not only were Trump’s comments imbecilic, he is wholly in the pocket of Putin. Republican Patriots: Where are you???”