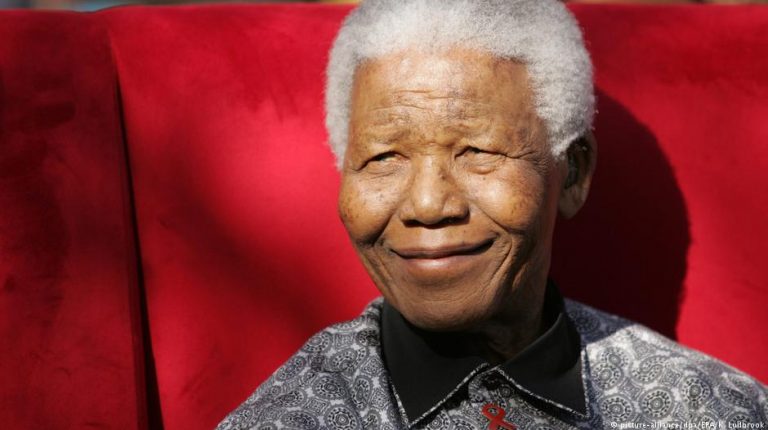 July 18 marks 100 years since the birth of Nelson Mandela, who died in 2013. Visitors can follow in his footsteps from the Soweto township to Robben Island where he was imprisoned for
years.The homestead where Nelson Mandela was born can be seen in the small village of Mvezo. He lived here until age 2, when his father lost his position as village chief in a dispute with a magistrate. “When Mandela was just a child, he walked for miles on this route, moving from one village to another,” said tour guide Velile Ndlumbini as we drove through the picturesque green rolling hills of the Eastern Cape.

Childhood in the villages of the Eastern Cape

Later the family moved to neighboring Qunu, where Mandela lived until age 9, when his father died. He and his mother then moved 19 kilometers (12 miles) away to Mqhekezweni. Here he was adopted by the acting regent king and groomed for leadership. Mandela wrote in his autobiography “Long Walk to Freedom” that his interest in politics was first kindled listening to tribal elders holding community meetings in Mqhekezweni. A shady spot under a circle of gum trees, Ndlumbini said, is still used for that purpose.

It was Qunu where Mandela returned after 27 years in prison. He built a complex there along the N2 highway for his family, where some still live, and he moved back to Qunu himself after retiring from public life. Dusty roads lead to his private grave, across from his family’s burial site. Qunu also houses the Nelson Mandela Museum, which opened on February 11, 2000, the 10th anniversary of his release from prison. It takes visitors from his childhood through his involvement in politics to his triumphant election as president.

Some 200 kilometers (125 miles) south lies the Steve Biko Museum in King William’s Town. Biko was an icon of anti-apartheid activism, an African nationalist and a leader of the grassroots Black Consciousness Movement. He was a major influence on Mandela, and died in 1977 after being arrested and beaten. In neighboring Mandela Bay in Port Elizabeth, an installation called Route 67 showcases 67 artworks symbolizing Mandela’s 67 years of service. The art, all by locals, depicts significant moments on the journey from apartheid to democracy, moving from laser-cut steel figures forming a voting line in the country’s first democratic elections in 1994, to a stairway that starts in darkness and progresses to an era of color and new beginnings.

As an anti-apartheid leader in Soweto

Created in the 1930s by the white government to relocate the black population away from Johannesburg, Soweto became the largest black city in South Africa. Poverty was rampant in the shanty towns and civil unrest was common during apartheid. Mandela lived in Soweto from 1946 to 1962 and met African National Congress activist Walter Sisulu there. Mandela’s Soweto home has also been converted into a museum. But the most exhaustive and heartbreaking site is the Apartheid Museum. The entrance is divided into “blankes/whites” and “nie-blankes/non-whites,” followed by a display of “passes” that the black population was required to carry, restricting their movements.

The museum details the white settlers’ history in South Africa, the beginnings of apartheid and daily struggles blacks endured, along with the story of how Mandela transformed the African National Congress into a mass political movement. The Hector Pieterson Memorial and Museum tell the story of the 1976 Soweto riots. Hector was 12 when he was shot and killed by police firing on student protesters. A famous photo shows his limp body being carried as his sister ran alongside. Some accounts say hundreds died during the protests. The museum contains a heart-wrenching and moving collection of oral testimonies, large-scale photos, audiovisual displays and historical documents about the uprising.

A drive north takes you to Liliesleaf, in the suburb of Rivonia. This farm-turned-museum, once owned by South African Communist Party member Arthur Goldreich, was used in the 1960s as a secret hideout for Mandela and other activists on the run from police. The famous Rivonia Trial ended with Mandela and his comrades sentenced to life in prison on Robben IslandAs a prisoner in Robben Island

A 45-minute ferry ride from Cape Town, Robben Island is where Mandela spent 18 years of his 27 years in prison, beginning in 1964, alongside other heroes of the movement like Sisulu and Govan Mbeki. The most powerful part of the tour, led by a former prisoner, is a visit to Mandela’s cell, a 7-by-9-foot (2-by-2.7-meter) room. Despite the humiliation and oppression of his years here, this was also where he honed his skills as a leader, negotiator and proselytizer, which put him on the path to the presidency in 1994.

For visitors, making a pilgrimage to places connected to Mandela’s life is both distressing and uplifting. While South Africa has come a long way, this young democracy still has a lot of work ahead, including improving living conditions and resources for its majority black population. A mobile app, Madiba’s Journey, created by South African Tourism and the Nelson Mandela Foundation, can help you trace the footsteps of the man who dedicated his life to freedom.