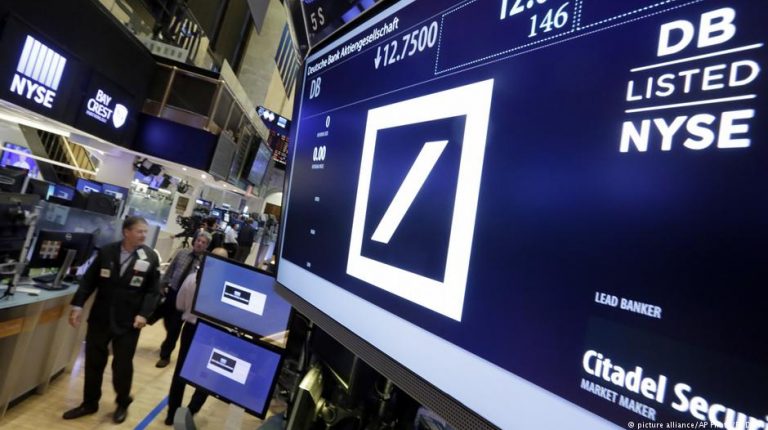 In the period from April to June, the bank is expecting to report a profit of €700 million ($819 million) before tax, and €400 million after tax — more than double the €321 million pre-tax profits.

Analysts had previously predicted a profit of €159 million after tax, forcing the Frankfurt-based conglomerate to announce the revised forecast ahead of the release of their full earnings report on July 25.

Deutsche Bank, whose shares had fallen by almost 40 percent since the start of the year, have embarked on severe cost-cutting measures during this period after three straight full-year losses, cutting the company’s workforce by 1,700 to just over 95,400.

The latest figures, which have led to a 10 percent jump in Deutsche’s shares, would appear to offer some welcome relief for new but beleaguered CEO Christian Sewing, who has had to deal with a flurry of bad news since taking the post.

“Management believes that these results demonstrate the resilience of the franchise,” Deutsche Bank said in a statement.

The news comes soon after it was revealed that Deutsche Bank’s US operations failed the Federal Reserve’s annual stress tests due to “widespread and critical deficiencies” in its risk management.

It was not the first time that the German banking giant had been unable to pass a US annual stress test, having failed similar tests in 2015 and 2016, with the company’s share price hitting a historic low afterwards.

Deutsche Bank were one of only three of the 35 banks to fail the test.