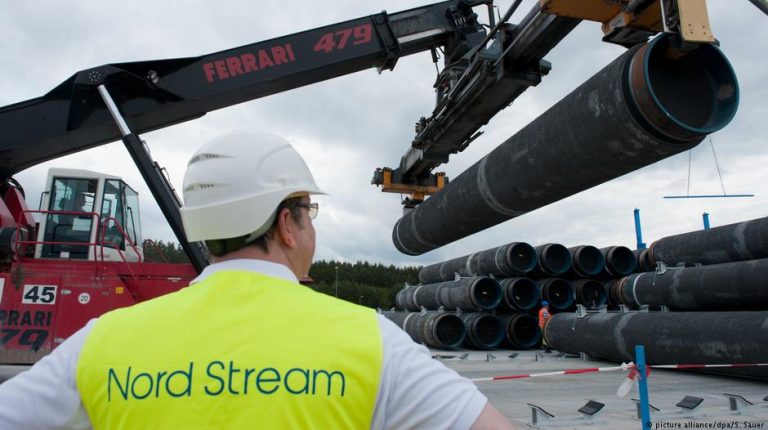 Talks have taken place in Berlin between the EU, Ukraine and Russia over the transit of gas from Russia to Europe. The forthcoming Nord Stream 2 project has stoked Ukrainian fears of economic isolation.The EU sounded an optimistic note on Tuesday following talks in Berlin with envoys from Moscow and Kiev over a dispute regarding future Russian gas shipments through Ukraine.

According to European Commission Vice-President Maros Sefcovic, the three-way talks were “future-oriented” and “positive” although the Russian representative, the country’s Energy Minister Alexander Novak said “the issues at stake are very complicated and need serious discussions to move forward.”

Large amounts of Russian gas are currently pumped to Europe via Ukraine, resulting in lucrative and critically important transit fees for the country. However, Ukraine holds deep concerns over the proposed Nord Stream 2 project, which will see a Baltic Sea pipeline opened from Russia to Germany, potentially ending the need for the transportation of gas through Ukraine.

Read more: Nord Stream 2 gas pipeline – What is the controversy about?

The new pipeline, which Germany insists is purely a “commercial” project, is set to open in late 2019 but under pressure from allies, Chancellor Angela Merkel said earlier this year that Ukraine must not be isolated and must continue to play an important role in the transit of gas to Europe.

With that in mind, the EU’s Sefkovic met in Berlin with Novak and Ukrainian Foreign Minister Pavlo Klimkin in an attempt to broker a deal satisfactory to all parties.

Sefcovic said the talks — which included executives from Russian gas giant Gazprom and its Ukrainian counterpart Naftogaz — helped bring about “trust and a constructive approach”, something which was necessary because “time is of the essence, the clock is ticking”, with all parties needing to agree a new contract before the start of 2020.

Novak agreed that there had been a “constructive” atmosphere but was cautious on any future deal which might appease the Ukrainian side. “We are ready to prolong the current contract,” he acknowledged, adding that “the volumes are technical issues” that needed to be discussed between the companies.

Since Russia annexed Crimea in 2014, an armed conflict has simmered in the region, causing major tensions between Russia and Ukraine. Gazprom has cut the volume of gas transiting through Ukraine since then and the current Ukrainian President Petro Poroshenko has said that Nord Stream 2 will amount to an “economic and energy blockade” of his country.

Gazprom and its partners plan to complete the 1,200 km (750 mile) Nord Stream 2 pipeline at some stage in 2019, effectively doubling Russian shipments now flowing through the existing Nord Stream 1 line.

As well as prompting fears in Ukraine, the project has led to EU fears that European over-reliance on Russian gas could see the issue of energy exports used for political leverage in other disputes.

US President Donald Trump weighed in on the matter last week, saying that Germany was “a captive of Russia because it is getting so much of its energy from Russia”.

For his part, Russian President Vladimir Putin said at his Helsinki meeting on Monday with Trump that Russia was ready to continue transporting gas via Ukraine after Nord Stream 2 becomes operational, as long as current legal disputes — now at stake in a Swedish court — are settled.