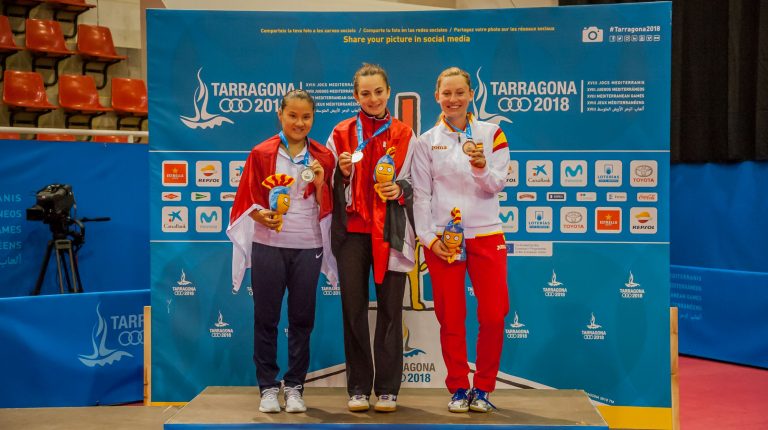 Dina Alaa El-din Wafiq Meshref is a gold champion who managed to win many local, African, and international championships with Egypt’s first team and Al Ahly. The last medal she won a few days ago was the gold medal at the Mediterranean Games held in Spain with the Pharaohs team.

The 24-year old champion has shined in the team Al Ahly, which she has loved since her childhood, even though her mother was a former player for Zamalek. She chose Al Ahly, which her father, Alaa Meshref, played for. She believes the club is more professional and gives greater care to the game in Egypt and might just be her door to achieving her dream to play in the French league.

Daily News Egypt sat down for an interview Meshref after she got the gold medal in the Mediterranean Games, the transcript for which is below, lightly edited for clarity:

Tell us about your tournaments with Al Ahly, Egyptian team

I started playing table tennis when I was eight years old. I won many championships several times. The most important were the Arab Clubs Championship and the African Clubs Championship. Then there was the Egyptian League from 2010 to 2018. With the Egyptian team, I won the African Cup singles championship six times and ranked first, then I won the bronze medal at the Juniors World Cup in 2013, and ranked first in the African Games League for singles in 2015 and also for teams, but in 2011. I won three gold medals in the Arab Games League in 2011 and a bronze medal for teams in the Mediterranean Games in 2013, then finally a gold medal in the Mediterranean Games for singles in 2018.

Can you describe in details your journey to win gold medal in Mediterranean Games 2018?

Preparing for this league started in the Cairo Stadium camp with coaches Ashraf Helmya and Maged Ashour, and the Egyptian experts on the team. The camp came directly after Ramadan. It was very good, and we focused on the physical side greatly to prepare for the participation.

I managed to win over a Portuguese player, then an Algerian player, and I qualified to the round of 16. In this round, I played three matches against the players of the Italian, Turkish, and Chinese teams. I was then qualified, ranking second, to the round of eight. In this round, I played against an Italian player and won 4-1. In the semi finals, I won against a player from Serbia 4-1. The final match was difficult with a Chinese player on the team of Monaco. She is very distinct worldwide, and I managed to win against her 4-1; then I won the medal, which I believe is the most precious medal I ever won as a player. 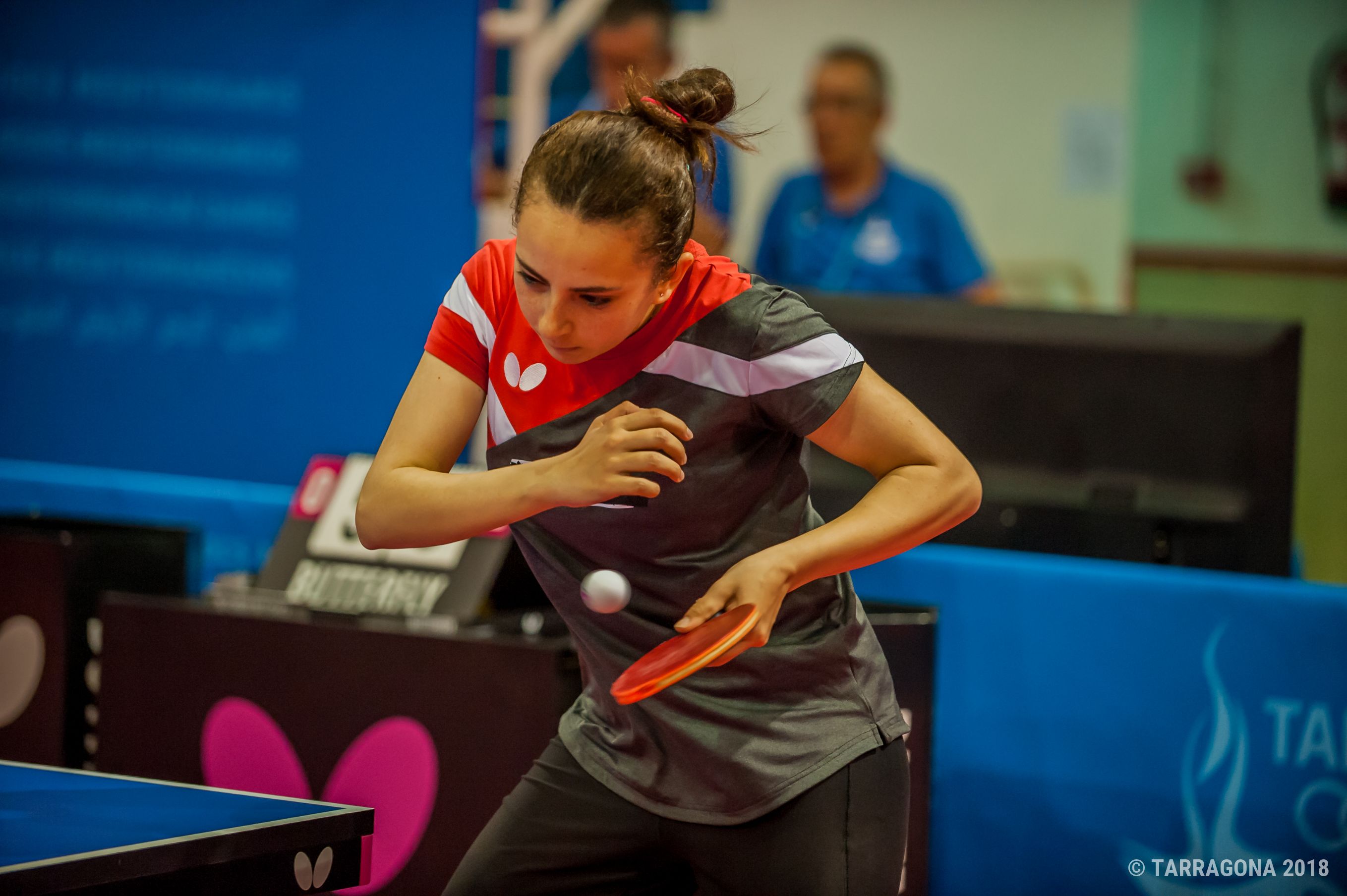 Have any sport officials contacted you during league?

Minister of Youth and Sports Ashraf Sobhy met with us before we travelled to Spain to motivate us, and he sure received the results from Spain. He was also keen on welcoming us when we returned from Spain at the airport, but he has not personally phoned me to congratulate me or promise to honour me among the winners of the medals of the Mediterranean Games.

What about preparations for upcoming championships?

I am preparing for a championship in August to be held in Cairo. Then I will be travelling to China to participate in the upcoming world cup matches in September.

What are your comments on crisis of your teammate Omar Asr, his deportation from Egypt’s team in Spain?

The issue was with officials from Egypt and the International Federation. I have reservations regarding talking about the problem and its details, and we have directives not to comment on the issue to avoid penalties.

Does Table Tennis Federation provide you with new camps before major important championships?

Camps were held before the Rio 2016 Summer Olympics ; however, following the end of the championship, things changed, and the reason may be the economic conditions in Egypt. I deal with this by going on camps on my own expense. I put alternative plans, whether the federation supports me or not, in order to get a higher ranking as a player.

Have you received material support in preparation for Tokyo Olympics in 2020?

Unfortunately, the support arrives before the Olympic Games only by one year. I wish the period would be longer, where I can be fully prepared for the great Olympic event.

Do players of other games feel injustice if you compare their situation to situation of football players?

Yes, they do feel that it is very unfair and that we are not as important. Even all the matches on TV are football matches, and you rarely see handball and volleyball matches on TV. I believe that broadcasting various games helps them spread and creates interest.

What is your request, wish from Ministry of Sports, Egyptian Table Tennis Federation?

I hope the ministry stands together with the federation to provide a sponsor for the tennis team, which will help us travel and go to international camps and allow us to win many championships.

Do you have a message for Dr Alaa Meshref, your mother?

Alaa Meshref is currently away from his local and international position. He is a former table tennis player at Al Ahly, and my mother is a former table tennis player at Zamalek. This has helped me a lot. They have tried in all possible ways to provide me with all my needs for travel and camps, and they planned a lot for me. They also gave me precious advice, and I would like to thank them for everything they have done for me, and I know that my thanks still would not be enough.

It is said that your father favours you as vice head of International Federation for Table Tennis, what would say about this?

This is certainly not true. My journey in the table tennis game was long, and I worked hard to earn everything I won. If my father helped me, then how do you explain all my winnings against very distinct players worldwide in the strongest competitions?

Which European league do you want to play in?

The French league. It is very special and is one of the strongest worldwide. I also hope to play in the German league.

What is your future ambition in championships?

I hope to win a medal in the upcoming world cup and another in the Tokyo Olympics in 2020. 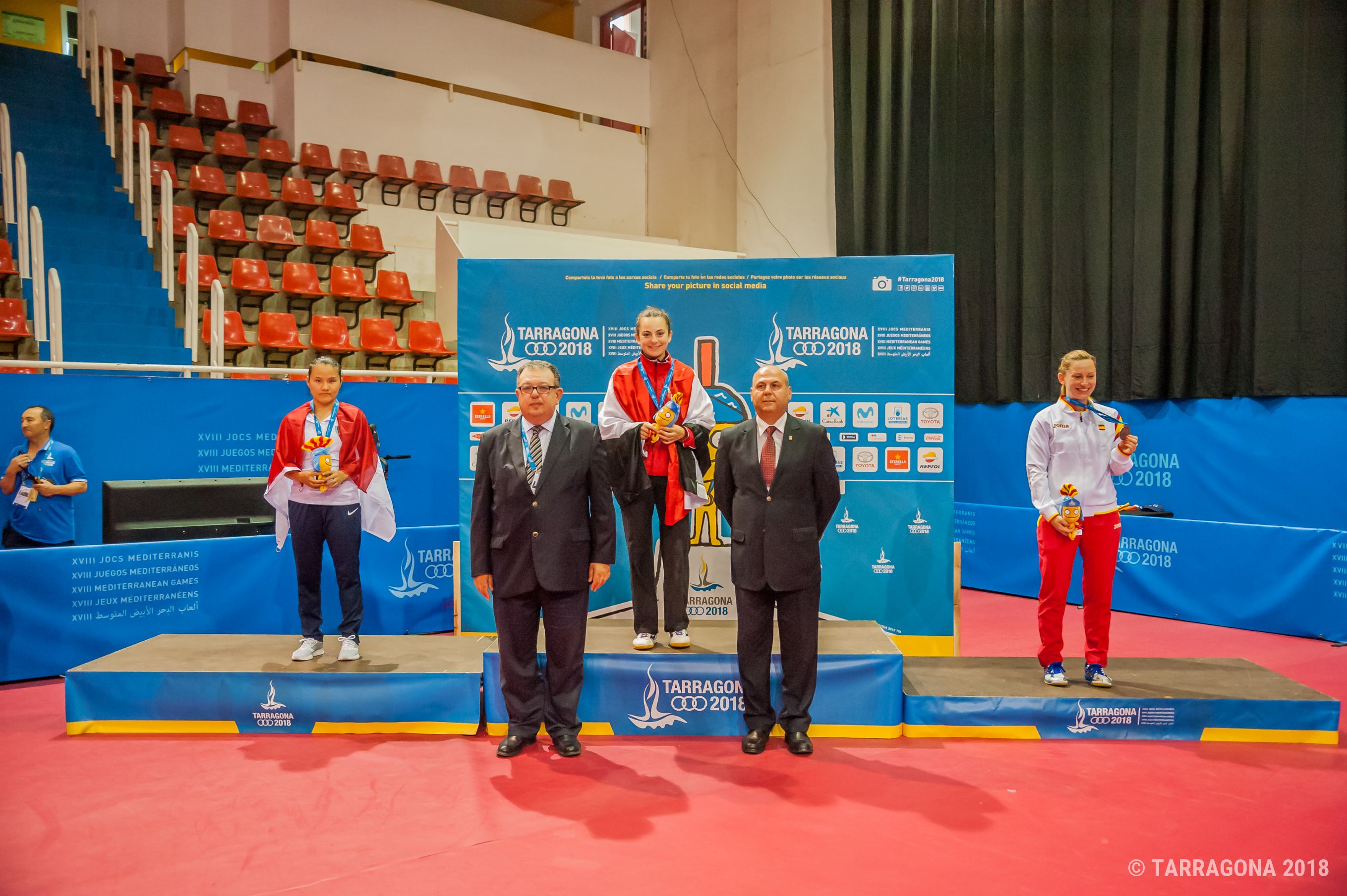 Will you play at Zamalek?

Like I said before, it is very unlikely. I am very attached to Al Ahly, and I believe it is the most professional club in Egypt.

Who are heads of Al Ahly club that gave most attention to table tennis while you played?

Hassan Hamdy, Mahmoud Taher, and Mahmoud El Khateeb. This is nothing new for Al Ahly, because it has always had a successful administrative system throughout its history.

Do you promise to win an Olympic medal in Tokyo 2020?

It is very difficult, but not impossible in sports. If I was part of proper camps before the Olympics, I may be able to win a medal and win against other players, but I must admit that there is a huge difference between me and these players who are very well prepared through many camps, which is not the case for me, as I only go to camps two or three times per season.