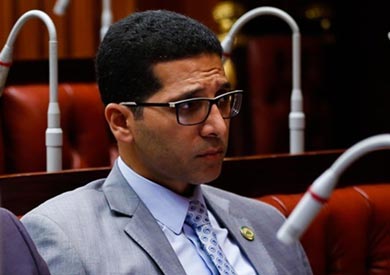 Mohamed Badrawy, a member of the parliament’s economic committee, explained that the bill to hand Egyptian nationality to foreigners is divided in terms of residence to four categories: foreigners with special residence, regular, temporary, and deposited residence, which is the newest part added to the law.

According to the new amendment officially approved, it determines the licensees of residence and duration, the value of the deposit and the type of currency, organises the procedure of depositing and refunding, and the banks, where it is deposited, after approval of the minister of interior and the cabinet.

The minister of interior may grant Egyptian nationality to every foreigner who has lived in Egypt for a period of at least five consecutive years, after submitting the application for receiving the nationality, in accordance with the regulations stipulated by law.

Reaction to the amendment varied, as some welcomed it for boosting the Egyptian economy, while others believed that this would threaten the national security. In this regard, Badrawy added that the draft law is an insult to national dignity, as well as a threat to Egyptian national security, while countries suffer from the negative effects of migrants.

He pointed out that the justification of the state at the time for the proposed law was a crisis in hard currency, which now exceeds $40bn; however, the bill allows foreigners to deposit the value in Egyptian pounds.

Haitham El-Harari, a member of the critical parliamentary bloc 25-30, said that he rejected the bill, as he believes that it is against national security and made the Egyptian nationality a commodity sold and bought in exchange for money. He also said that the parliament did not give him the full opportunity to express his opinion, during the discussion session.

Also, other members in the bloc have expressed rejection of the law, and a hashtag called “No for selling Egyptian nationality” emerged on social media platforms. The phrase “It is a shame to sell the Egyptian citizenship” was common among posts and tweets of Egyptians on social media.

On Sunday, the Egyptian Parliament Speaker Ali Abdul Aal said, “the Egyptian citizenship is dear—not sold or bought—but the whole world believes in the principle of a long and stable residence for those who do not commit any act that would endanger the security of the state or jeopardise its public order.”