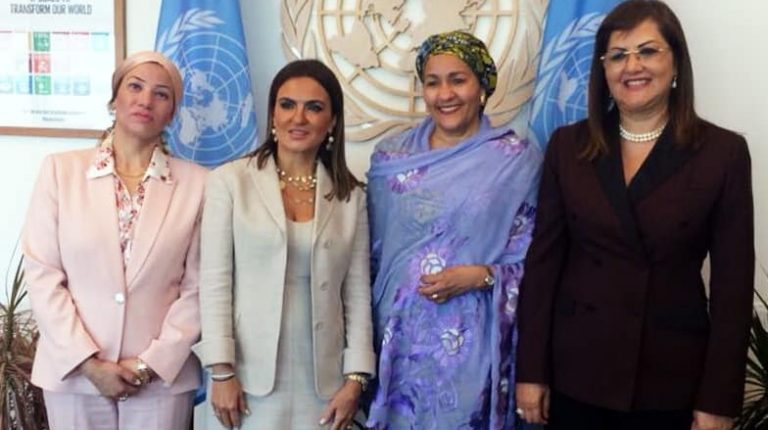 The Ministry of Investment and International Cooperation said on Tuesday in a press statement that the investment and planning ministers discussed with Deputy Secretary-General of the United Nations Amina J Mohammed to support a number of development projects in Egypt and activating the strategic framework agreement for the partnership with the UN 2018-2022, with a total value of $1.2bn.

According to the statement, Nasr and Minister of Planning Hala Al-Saeed discussed with Mohammed supporting a number of developmental projects in Egypt, including supporting the development of Sinai, developing the education system, and empowering women in Egypt.

This came during their meeting with Mohammed on the sidelines of their participation in the UN High-Level Political Forum on Sustainable Development.

The meeting also discussed supporting women’s economic empowerment with a focus on the neediest areas.

Moreover, she noted that the UN considers Egypt as a leading example of the economic reform experience in Africa, after the series of economic reforms that have been made, especially the legislative and structural reforms in the investment climate.

In this term, she pointed out that Egypt is ranked number two in the rate of increase of foreign direct investment in the continent.

Mohammed assured that the economic reform programme was implemented successfully and had a great impact on improving the performance of the Egyptian economy and improving its indicators.

Topics: The Ministry of Investment and International Cooperation UN