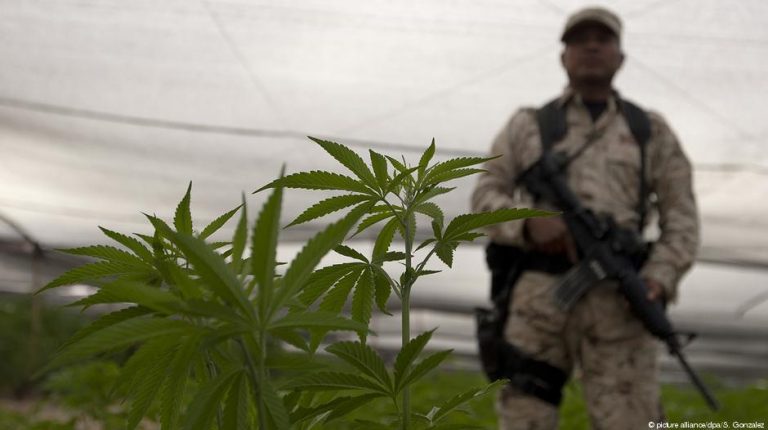 Mexico’s incoming president has granted his interior minister “carte blanche” to consider legalizing drugs. The new Mexican government has promised to respond to record-high violence with a package of judicial reforms.Mexico’s new government is set explore the possibility of legalizing drugs, as part of a policy to tackle the violent crime that grips the nation, incoming Interior Minister Olga Sanchez Cordero said on Tuesday.

Sanchez Cordero, a former Supreme Court judge, made the remark at a university seminar on the nation’s cartel-fueled violence. Mexico’s drug traffickers are the biggest suppliers of cocaine, heroin and other narcotics to the US.

“On the subject of decriminalizing drugs, Andres Manuel told me, and I quote: ‘Carte blanche. Whatever is necessary to restore peace in this country. Let’s open up the debate,'” Sanchez Cordero said.

Since Mexico deployed its army to fight drug trafficking in 2006, the country has been engulfed in a wave of violence that has seen more than 200,000 murders. The incoming interior minister said that this militarization policy was in violation of the constitutional statute that public safety should be in the responsibility of civilian authorities.

“What no one can deny with hard data is that, at least in the past 10 years, the Mexican government has been incapable of stopping violence and responding to it with institutional mechanisms,” Sanchez Cordero said, in a clear rebuke to previous administrations.

The future interior minister also spoke about her plans to propose legislation in Congress for a so-called “transitional justice system,” that would include reduced sentences for criminals who cooperate with authorities on unsolved crimes. This would be an attempt to make headway in solving the tens of thousands of missing persons cases currently in Mexico.

But it would also include Lopez Obrador’s controversial proposal to provide legal amnesty for certain drug crimes. In her appearance on Tuesday, Sanchez Cordero clarified that those responsible for “grave human rights violations” would not be eligible for the proposed amnesty.

“A transitional justice system for Mexico is possible and urgent, not just for the victims of the violence but for all of Mexican society,” said Sanchez Cordero.

The new government’s proposal would also include truth commissions, such as those used in post-conflict situations, and a system of reparations for victims of drug violence.