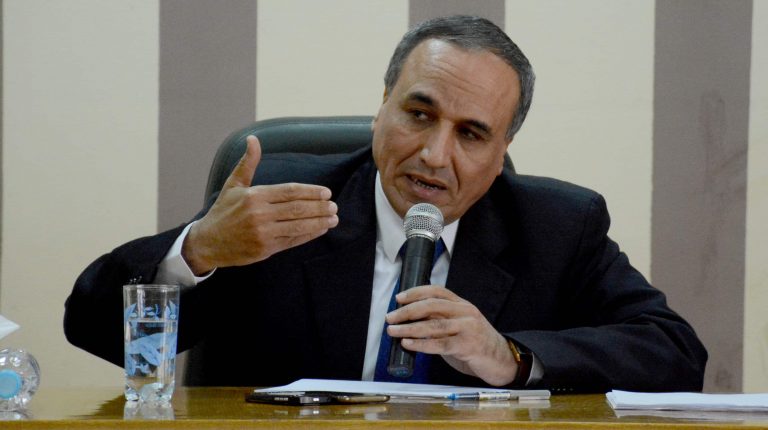 The head of the Press Syndicate, Abdel Mohsen Salama, postponed on Tuesday a meeting that was to discuss the recent amendments of the press and media law approved by the parliament, local media reported.

Members of the syndicate’s council who are satisfied with the amendments were scheduled to meet to discuss their stance over the law, which is officially approved after one day of being amended by the parliament.

Salama requested the head of parliament’s media and culture committee, Osama Heikal, to send a copy of the amendments to syndicate, which Heikal pledged to send after a final review.

Egypt’s Parliament made amendments to 28 articles of the law during a plenary session on Sunday, after reviewing remarks from the State Council and Press Syndicate.

Salama added that a number of colleagues asked to view the amendments, during the discussion, whereby the meeting can be more useful.

Regarding the amendments, Salama pointed out that 80% of the syndicate’s demands over the law were responded to, which is a great success and a victory for the freedom of press.

He confirmed that the syndicate will review the amendments once the final draft is received, and it will make its final opinion during the expected meeting.

On the other hand, Mohamed Saad Abdel Hafiz, a member of the syndicate’s council, said that he and his colleagues were informed that the meeting was postponed, but he will still head to the syndicate at the scheduled time of the meeting; if the quorum is complete, they will hold the meeting, according to privately owned Al-Masry Al-Youm newspaper.

Abdel Hafiz is among the members who believe that the new amendments did not yet meet all demands of the syndicate and that the new law will impose restrictions on press in Egypt.

Following the approval of the amendments, disputes took place between members of the council, as some believed that it is unsatisfactory and others saw it sufficient and consistent with the demands.