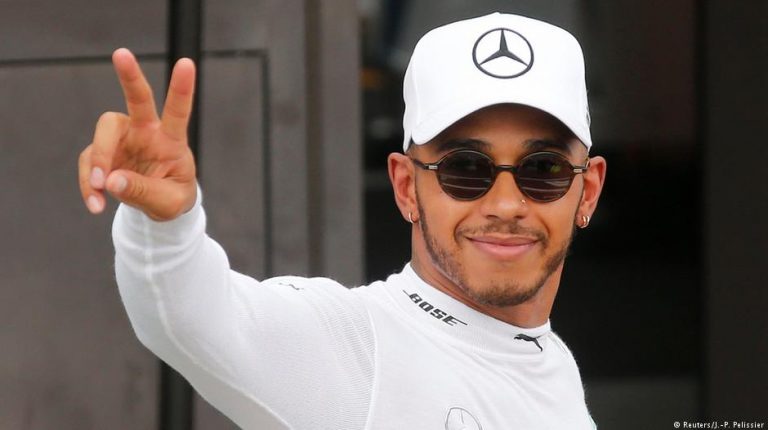 “Mercedes-AMG Petronas Motorsport and Lewis Hamilton today announced the agreement of a two-year contract extension for the 2019 and 2020 Formula One seasons,” a statement from the team read. No figures were given in the statement, but the deal is reportedly to be worth around 40 million pounds (€45 million, $52 million) per year.

Hamilton’s contract with Mercedes was set to expire at the end of the current season. The announcement comes three days before Sunday’s German Grand Prix at the Hocknheimring, located about 90 kilometers (56 miles) northwest of Mercedes headquarters in Stuttgart.

Hamilton, 33, had been widely expected to extend his deal after meeting with Mercedes’ director, Toto Wolf, in December, with the Briton calling it “only a formality.” He has been part of Mercedes’ team since 2013 after spending the first six years of his Formula One career with McLaren.

“We are on the same wavelength both on and off track — and I am looking forward to winning more in the future and shining even more light on the three-pointed star,” Hamilton said. “I’m very confident that Mercedes is the right place to be over the coming years.”

Hamilton has won three of his four drivers’ championships with the Silver Arrows, his only other coming with McLaren. His 65 race wins — 44 with Mercedes — is second all-time to German and Ferrari Legend Michael Schumacher, who had 91.

Mercedes has won each of the last four constructors’ championships, but their recent dominance could come to an end this season. Hamilton currently sits eight points behind Ferrari’s Sebastian Vettel in the drivers’ standings, and Ferrari has a 20-point lead over Mercedes in the constructors’ table.