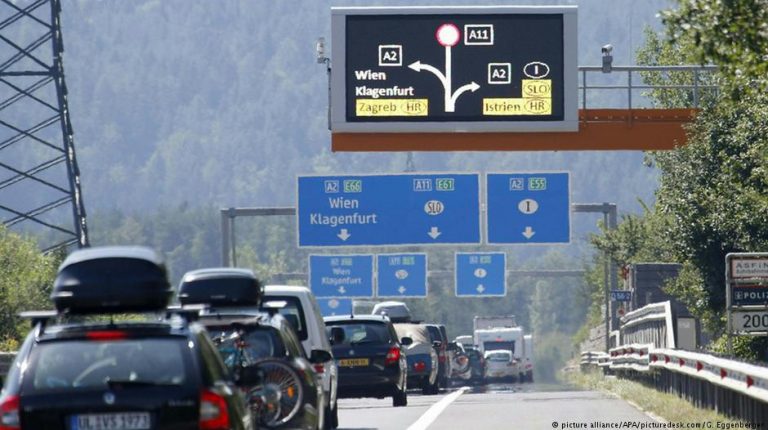 Starting next year, new drivers in Austria will no longer be able to take their exam in Turkish, according to Transport Minister Norbert Hofer. The far-right politician claims the move is motivated by financial reasons.As Austria prepares a new version of its driving exam, Transport Minister Norbert Hofer announced on Saturday the test would be available in German, English, Slovenian and Croatian – but not Turkish.

Under current regulations, driving students in Austria can sign up for a Turkish-language driving school and eventually take their test in the same language. Out of nearly 300,000 tests taken last year, only 3,631, or around 1.2 percent, were taken in Turkish.

On Thursday, Hofer, who belongs to the the far-right FPÖ party, said it was not “sensible” to pay for translating the upcoming tests into more languages than necessary.

“Each additional language for training costs the state a five-figure sum that isn’t justifiable,” Hofer said.

Speaking to Austria’s public radio Ö1, Hofer also said that the measure would serve as “an incentive to learn German.”

Austrian driving associations, however, appeared less than thrilled by the move. According to the daily Kurier, the ÖAMTC club commented that a “driving exam is not a tool for language integration,” while its rivals from ARBÖ said the decision was “very political.”

Slovenian and Croatian protected by a treaty

Out of 8.8 million people living in Austria, some 360,000 are of Turkish origin, including around 117,000 Turkish citizens. While the overwhelming majority of Austrian residents takes the test in German, Turkish is still the second-most popular language among the applicants, ahead of English (2,301 in 2017), Croatian (2,112) and Slovenian (139).

The Austrian government is obligated to keep Croatian and Slovenian on offer due to a post-WWII treaty, the Austrian State Treaty, which, among other things, defines the rights of the two minorities and the official use of their language in certain regions of the country.

The use of Turkish for the driving exams, however, “was merely a concession” by the government in 1998, the Transport Ministry said on Thursday.

The new driving textbooks and questions are set to be completed by fall 2018 and go into use in 2019, according to the Kleine Zeitung daily.

Austria’s FPÖ is the third-largest party in the country and a junior partner in the government led by conservative chancellor Sebastian Kurz. The far-right party ran on an anti-immigration platform in 2017 to win 26 percent of the vote, less than 1 percent behind the second largest party, the left-leaning SPÖ.

Speaking to the mass-circulation Krone daily on Thursday, Hofer said that ditching Turkish would in fact reduce the level of discrimination.

“The current offering of exams in Turkish also discriminates against other ethnic minorities, who would like to have the tests translated into Chinese, Arabic or Albanian,” he said.