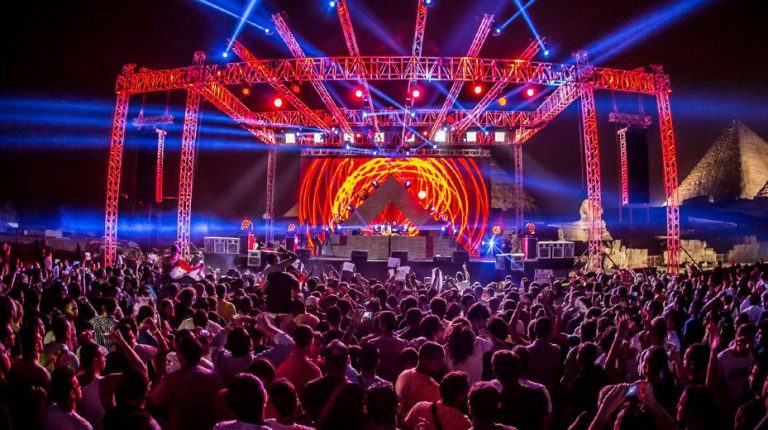 Egypt’s new government has abruptly approved a controversial decree that may restrain the future of organising concerts and festivals inside the country, adding more restrictions and burdens on musicians and emerging bands.

Prime Minister Mostafa Madbouly and acting housing minister on Thursday 12 July ordered the prevention of organising and holding concerts and festivals before upholding a permit from a committee formed of eight ministries.

It also involves heads of arts and cultural syndicates, a representative of the cabinet, and a number of experts in distinct fields of culture and arts.

The decree, which was published in the official gazette, identifies the concerts and festivals as “all cultural and artistic (events or gatherings), whether they are local or international, which are held by state-run or non-governmental bodies with an aim at boosting creativity and maintaining the Egyptian identity.”

According to Article 5 of the decree, if a body organises a festival, it has to have the required permits to run its business. Moreover, its capital has to exceed EGP 500,000 with an Egyptian owner.

Meanwhile, Article 6 demands the bodies to represent its requests during June every year with all required documents and details, including the name of the organisation holding the concerts or festivals, the kinds of the activities and their aims, sources of funding, and a detailed budget of the concert. It also requires information and data of the audiences, whether they are Egyptians or foreigners.

“This is a very dangerous decision, which completely violates the Egyptian Constitution and law, especially Article 76, which regulates the freedom of creativity inside the country,” Mahmoud Othman, a researcher and lawyer at the Association for Freedom of Thought and Expression, told Daily News Egypt.

According to Article 76 of Egypt’s 2014 constitution, “Freedom of cultural and artistic activities is granted, as the state is committed to developing the arts and culture and support artists as well as protecting their activities.”

Moreover, the culture minister has the right, under the decision, to reject issuing a permit to any concert or festival which does not “aim at boosting creativity, maintaining the Egyptian identity, enhancing sustainable economic and social development, or promoting cultural exchange between Egypt and other countries across the world.”

Othman, who is preparing a research paper on the new gesture, said that it has some legal issues and missed clarifying some significant points.

“The gesture does not identify the period of the timetables the organisers should be committed to until getting their permits,” Othman said, adding, “Additionally, it does not mention, in the case of rejection, what will happen next? Will there be a chance to appeal the refusal and which entity the organisers should resort to?”

The renowned film critic and writer Tarek El Shennawi also expressed his concern about the gesture, which he described as “exaggerated.”

El Shennawi stressed that “it has to be a space of freedom and creativity, whereby the state should not be concerned that much about individual activities.”

However, El Shennawi does not mind setting rules for the process of organising festivals inside the country, but he considered a committee of eight ministries is more than required. “Indeed, there are some organisers who hold festivals only for profit without any cultural motives, but it does not need this number of ministries and officials.”

The gesture has not identified the kind of concerts which will need a permit and whether it will further include the small ones, which are held inside nightclubs or private cultural centres.

Commenting on this, El Shennawi said he believes the decree targets large concerts, not the small ones which are held in private artistic centres.

However, Othman said that not clarifying this point is another “missing point in the gesture,” adding, “it harms musicians and emerging bands who already suffer from troubles while working inside the country, as well as burden them with other bureaucratic measures instead of supporting them.”

In recent years, Egypt’s cultural scene has witnessed significant restrictions, as some concerts were cancelled, stopped, or prevented from performing again.

In September last year, outrage sparked over raising rainbow flags during a concert of the Lebanese band Mashrou’ Leila. Dozens of audiences accused of holding flags were arrested on charges of inciting “debauchery” and “promoting homosexuality.”

Afterwards, the Musicians’ Syndicate decided to prevent the Lebanese band from singing inside the country—the decision many critics considered another procedure by the state to limit the freedom of expression and practising cultural activities that are different from the state’s perspective.

Earlier in 2016, police forces stopped a heavy metal concert of popular Brazilian band Sepultura in Sheikh Zayed after storming their place and suspending the performance despite holding the required permissions.

Musicians are already facing difficulties inside Egypt, Othman said, “instead of issuing such gesture, which violates the freedom of expression and thought, the government should have sat down with musicians to solve their problems and ease performing concerts,” adding, “the gesture really destroys the musical activity inside Egypt.”

Meanwhile, another issue about the decision, according to Othman, is setting an annual timetable for festivals, which just permits holding a one-kind festival for one time in each governate.

“This means that Cairo, for example, will witness the jazz festival for one time, while it can be held in other cities,” said Othman, adding, “which they are not ready to host such huge festivals because of lacking required facilities.”

Othman moved on to say that the gesture stated that just organisations and companies are willing to take permits to hold concerts or festivals, which dashes hopes of “young individual musicians or emerging ambitious bands in getting their chance.”

Additionally, Othman further pointed to the “gravity” of Article 6 of the decree, which requires submitting information and data on audiences of concerts or festivals, whether they are Egyptian or foreigners. “It is an unusual move, which raises privacy concerns.”

Japan struggles with growing cannabis use

10 things you didn’t know about Nena