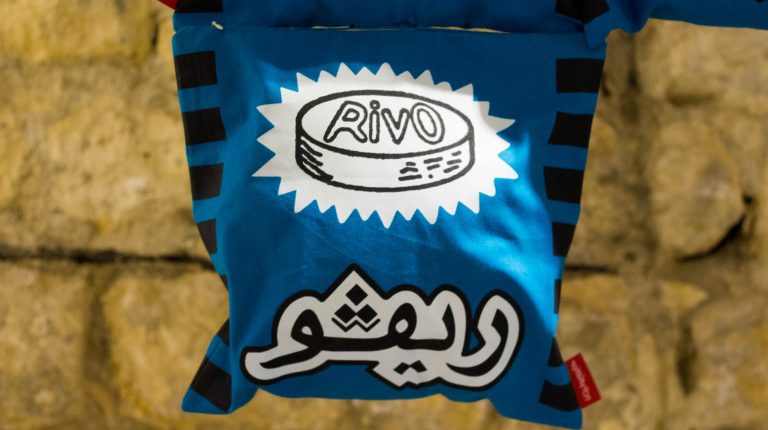 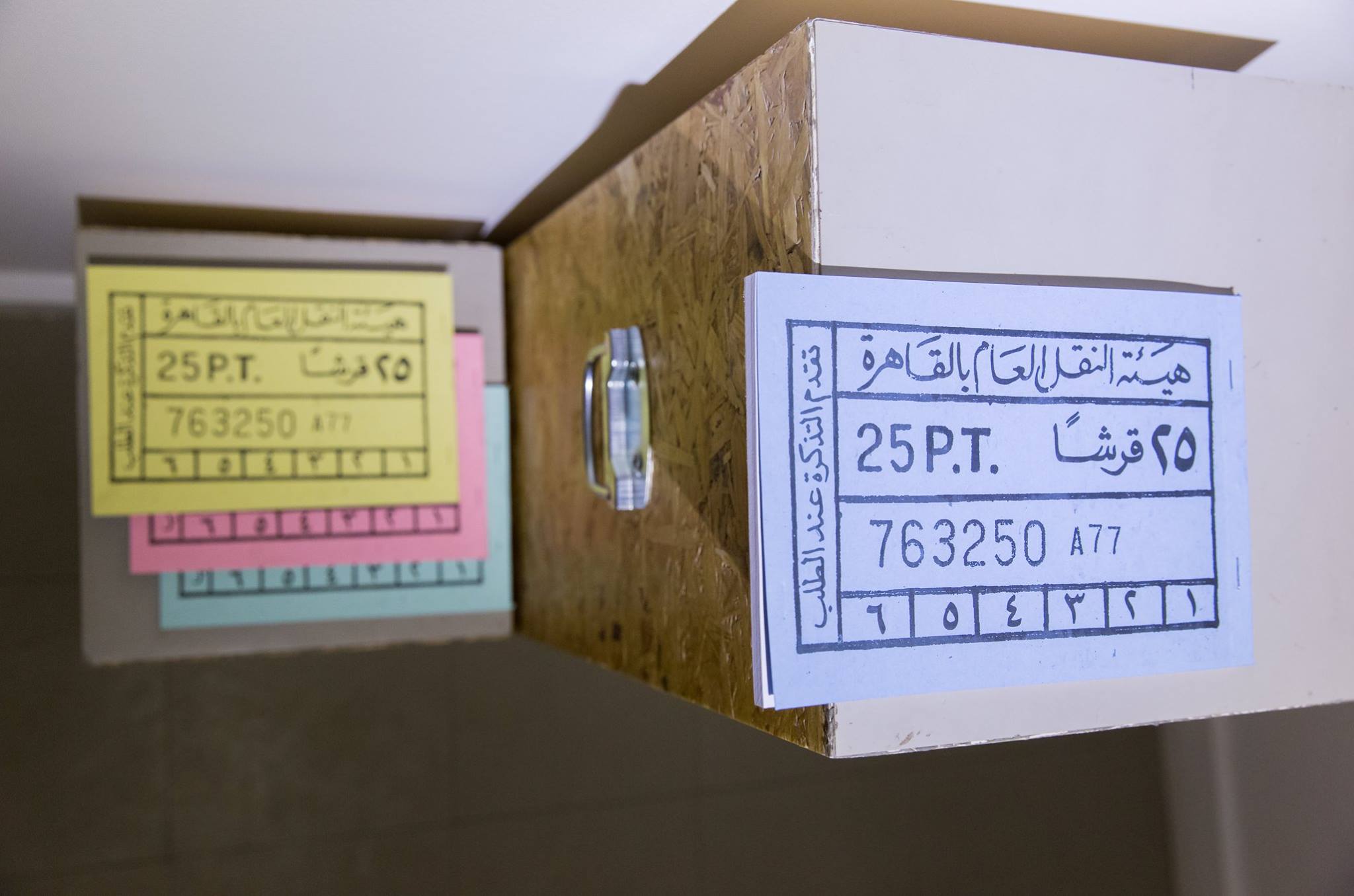 Two enterprising and creative school friends considered almost 12 years ago, to start a partnership in a project to visually document the daily life of the major crowded capital, Cairo, establishing what is now known as the Cairopolitan exhibition and shop.

Ahmed Hefnawy and Mohammed Shennawy came from the same cultural background, both born in Cairo and became over the years obsessed with its visual artistic details.

In a quiet area in Garden City, the new art space and shop opened its doors for visitors of different ages, culture and artistic backgrounds who welcomed the reviving of their past and memories of icons and products in shapes of the Egyptian Baladi bread, the old taximeter, the famous Nabulsi soap, and the medicine we all know Rivo, alongside with artworks collectionr of some contemporary Egyptian artists in different fields; painting, photography, and illustrations. 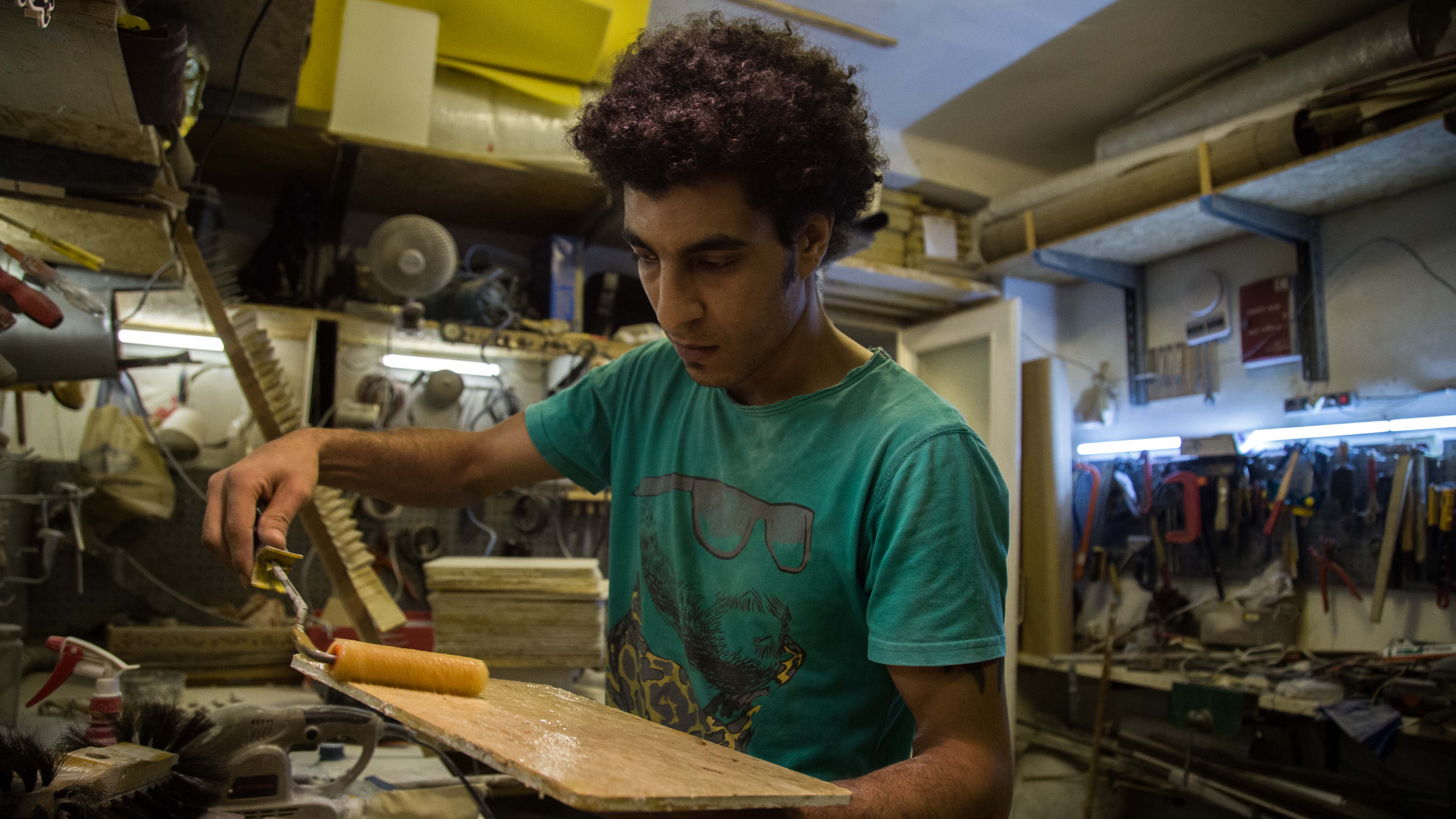 “It was just an idea in 2006, with high hopes to open a platform where products in shapes of objects we used to see or use in early decades can be visually documented,“ said Hefnawy, the founder of Cairopolitan, adding “so the people who lived through this period such products were produced can keep them not just in memory, but also in a corner in their house.”

Hefnawy designed all products, alongside his partner and friend Shennawy. “The project is a part of my artistic activities, alongside other projects I am involved in for a living, I have been looking forward for the opening, though it took years to begin, yet I never gave up, ” said Shennawy, the cartoonist, artist and graphic designer, who resides now in Brussels, Belgium.

“I was not totally dedicated to the project at that time, I moved to Brussels and settled there. So, the project was suspended. We needed to have our independent platform.”  Shennawy explained. 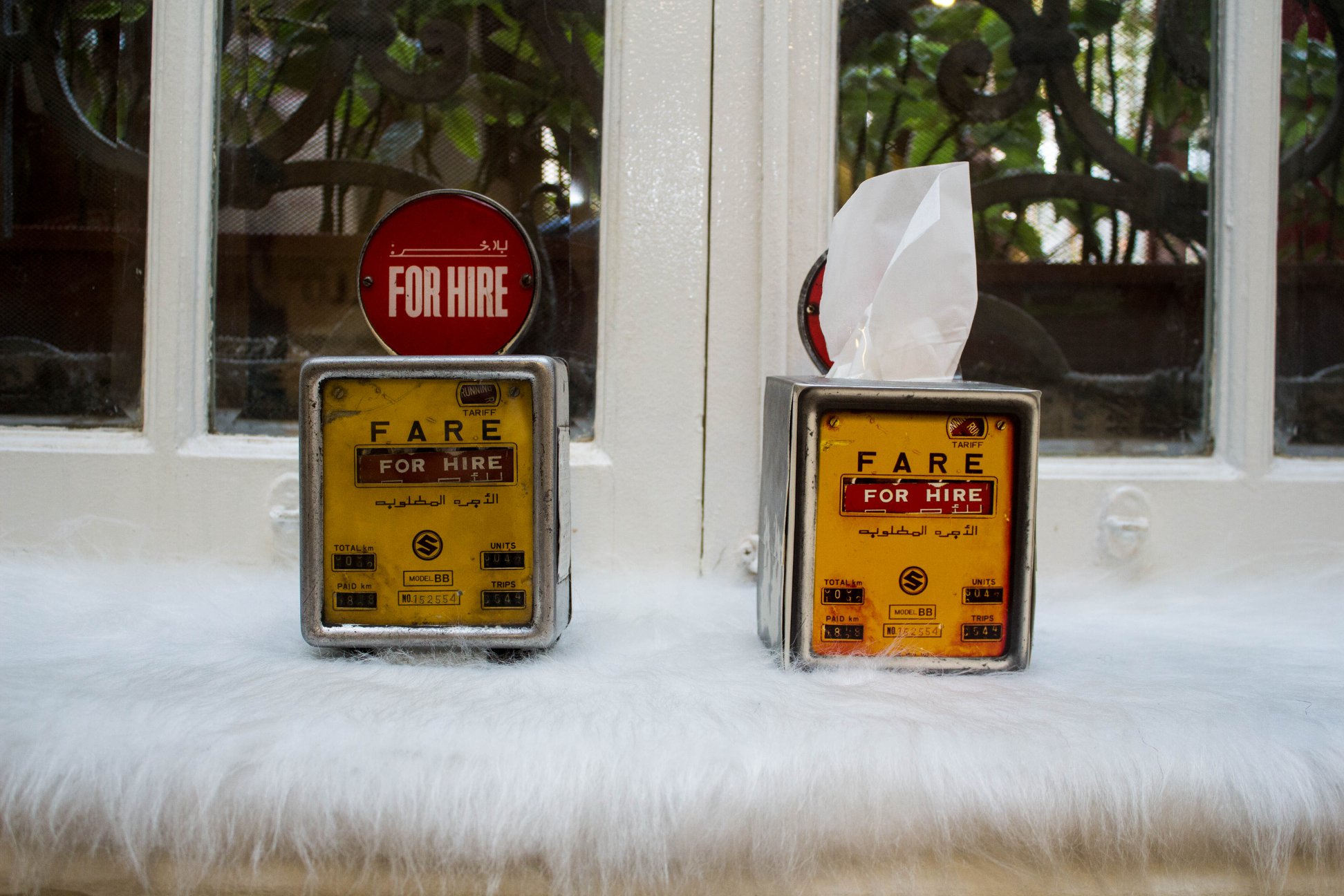 “However, the project has finally seen the light. My partner and the team escorted great efforts to complete the process to finish it,” he added.

Shennawy elaborated that they are planning to participate in international designing exhibitions with an aim at promoting their brand identity and products, which will encourage people to go deeply into the Egyptian contemporary visual culture.

For his part, Hefnawy asserted that he “targets undergraduate young graphic designers who are looking for shaping their taste in art.

“Those young people need to visit such exhibitions as references to build up their own unique identity and personality,” Hefnawy explained, adding “it also targets people from 20 to 50-years old to the last one who has a connection to any object we produce, and interested in saving them as a souvenir.”

As Life in Cairo is a changeable, Hefnawy believes that people become more “isolated” in a bubble. “They are not able to see, feel or smell anything in the city, so maybe such products can get them back to where they belong,” said Hefnawy. 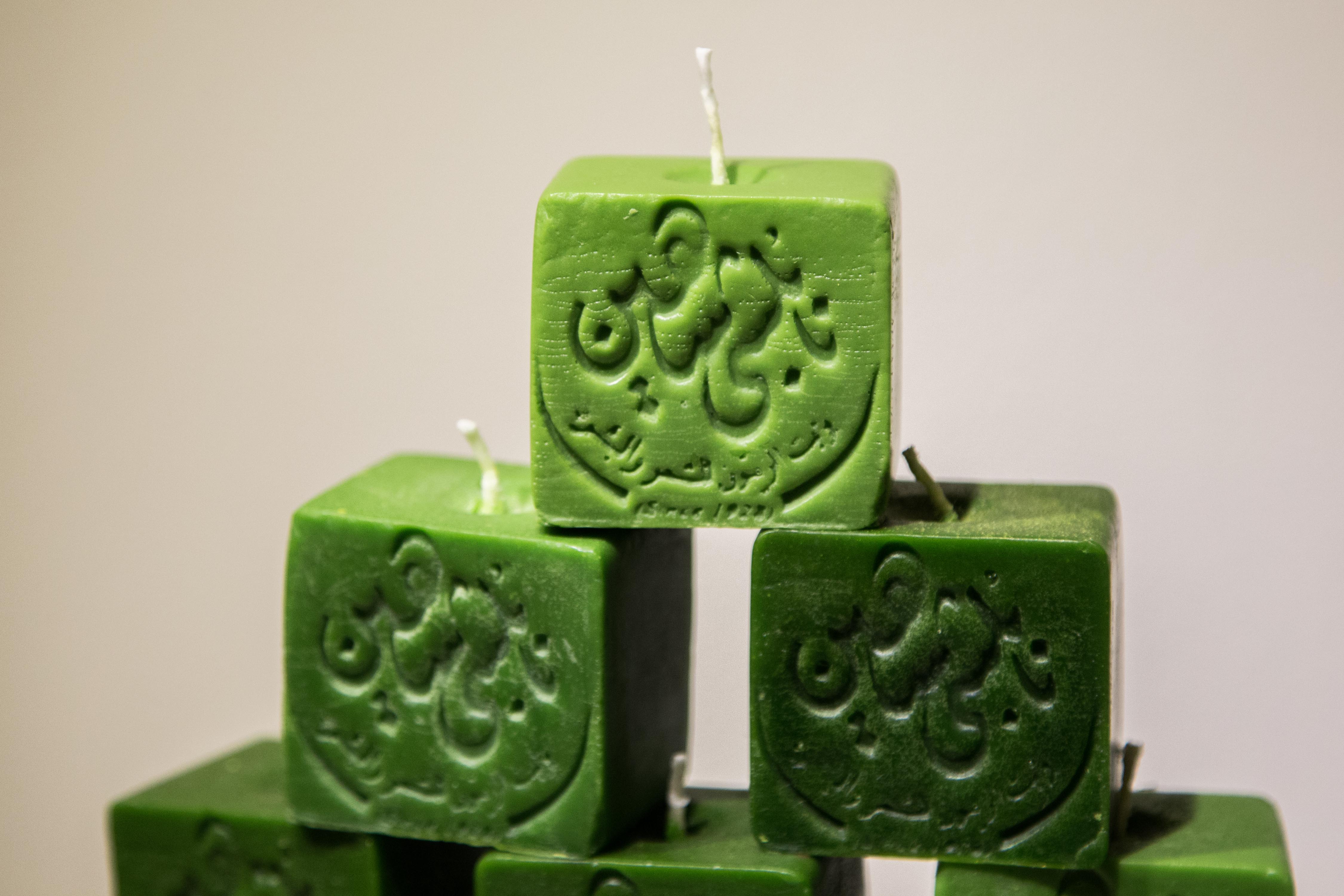 Hefnawy who worked as a graphic designer, an art director and a painter started early in designing and creating the products, despite they had not opened their own place yet.

“I began with Shennawy to design and create some items with large amounts, it was good to have a friend to experiment with innovative and contemporary visual designs. I think it is a very successful partnership,” he added.

However, Hefnawy is not just a designer in the project. “I can further assist in sculpting, and even swing, which I have learnt from my mother. I do create the first version of products and then leave to specialists of artist and sculptors or printers in the workshop to produce them in large amounts.”

Not just the products attracted the visitors, but also the name of the place, as they become curious about the combination of Cairo and the term cosmopolitan.

“It came from the idea that Cairo is a cosmopolitan city,” said Hefnawy, adding, “I first recognized the meaning of the term from a hotel hold the same name in downtown. I realized that it took such a description because it is station city, a crossroad and with deeply multiple routes as London, New York and Paris.”

Hefnawy added, “Cairo is designed to be a cosmopolitan city, it has been a crossroad and a station for multiple cultures. Additionally, It is a significant destination for people from different places. Therefore, we decided that it is the best name of the project ,” 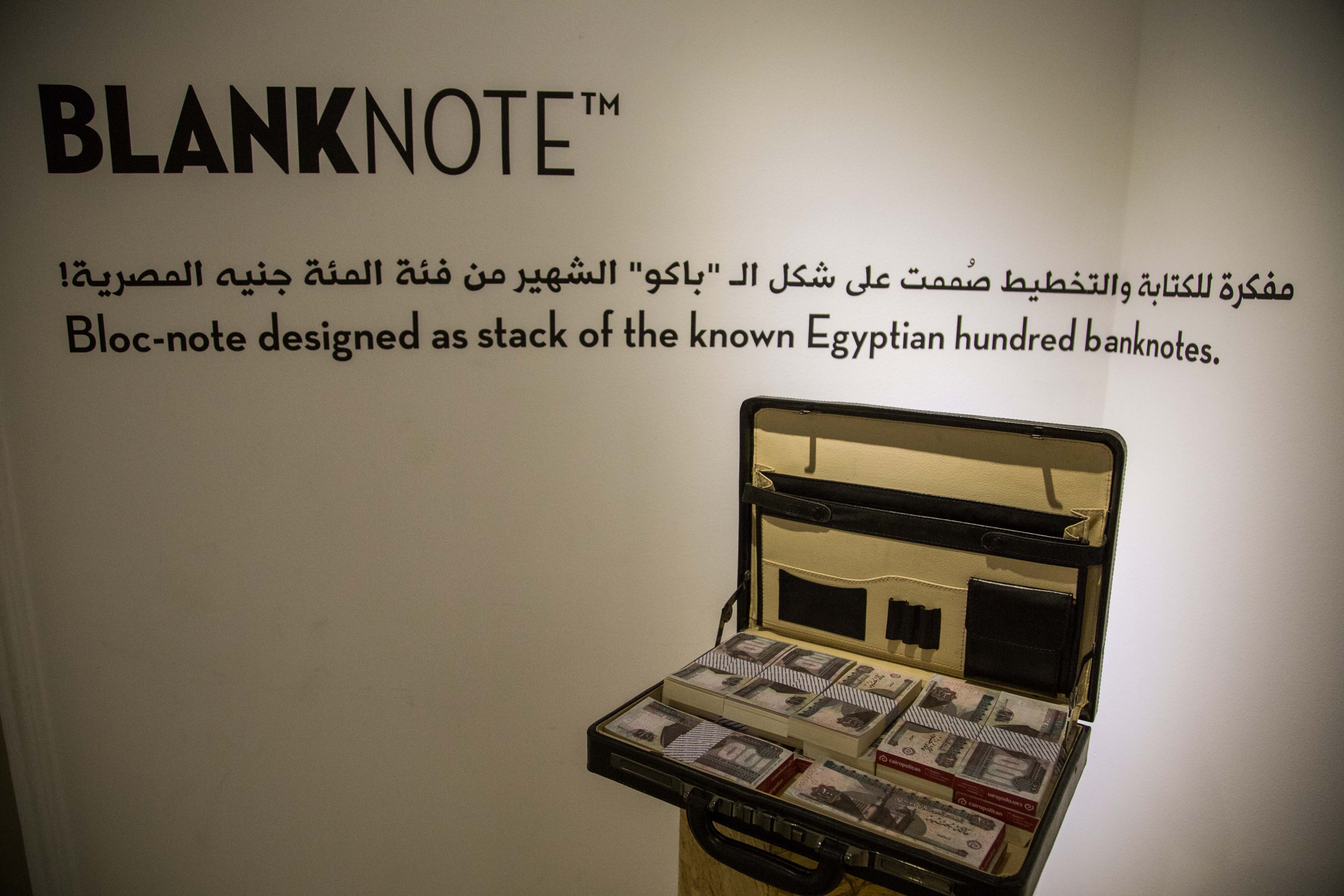 Meanwhile, Hefnawy further pointed out “I was born in Cairo; it is the only place I know very well. It shaped my cultural and visual artistic background that lead to all these products,” adding “

this love and passion toward city’s daily life turned to something functional and useful people can use or keep it.”

He wished that his new project could become

, e “a museum of Cairo, as he said that the products do not need to  be related to pharaohs civilization. He further wants it to be “an exhibition and a platform for contemporary artist and all Cairo produce from visual arts.”

At Cairopolitan, the one who is responsible for creating and manufacturing all designs was the young artist, Amr Abdo, 29 an artist who inherited his passion of sculpting and profession from his father.

“I loved what I am doing since I was a child. I used to watch my father turning the materials he had into alluring items,” said Abdo.

Abdo is the workshop director at Cairopolitan, along with his younger brother Mostafa, alongside the assistance of other members of the team, who are Mohamed Nabil and Ahmed Esam.

“I did not hold a university degree; I don’t care of getting such certificates as I have the talent and experience I need to improve my career,” Abdo said, adding, “Cairopolitan is a significant step in my career. Here I can break codes of any designs, create and fix them until reaching the final stage of production.” 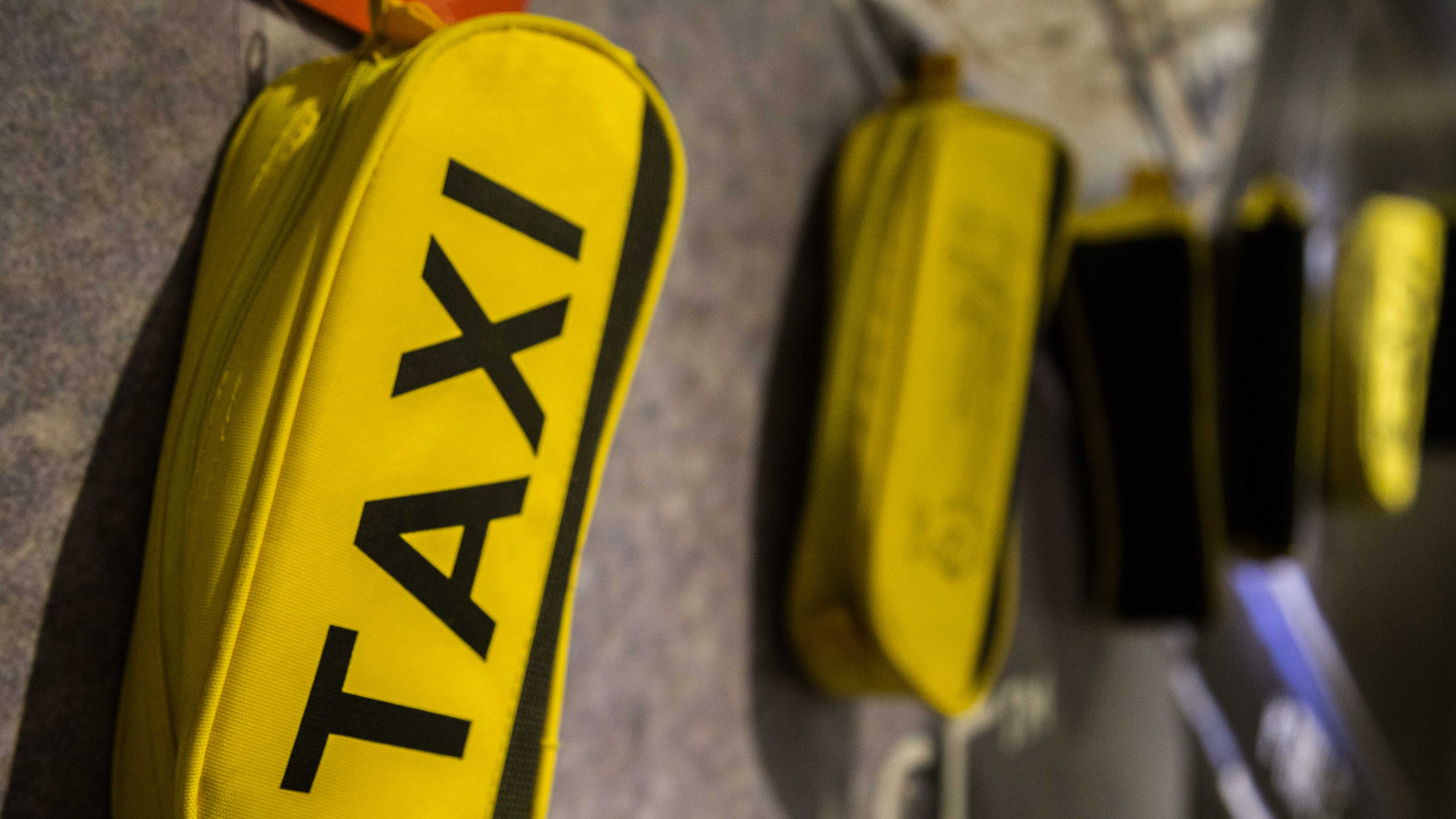 The innovative team includes a Sudanese assistant, who helped them in the place and in finishing some projects. Ronald Nas, who moved to Cairo two years ago, said “I feel I am at home. I helped them in every thing and you can find my in every place. we are one team.”

Nas added “I liked the idea; there are similarities between items and our daily culture in Sudan .”

Additionally, Nelly El-Sharkawi  is another member of the team, who joined them a year ago as a manager and creative director, but her mission involved more than that.

“We share a huge enthusiasm to work as a team in brainstorming and even assisting in ideas of designs,” said the 23-El-Sharkawi. 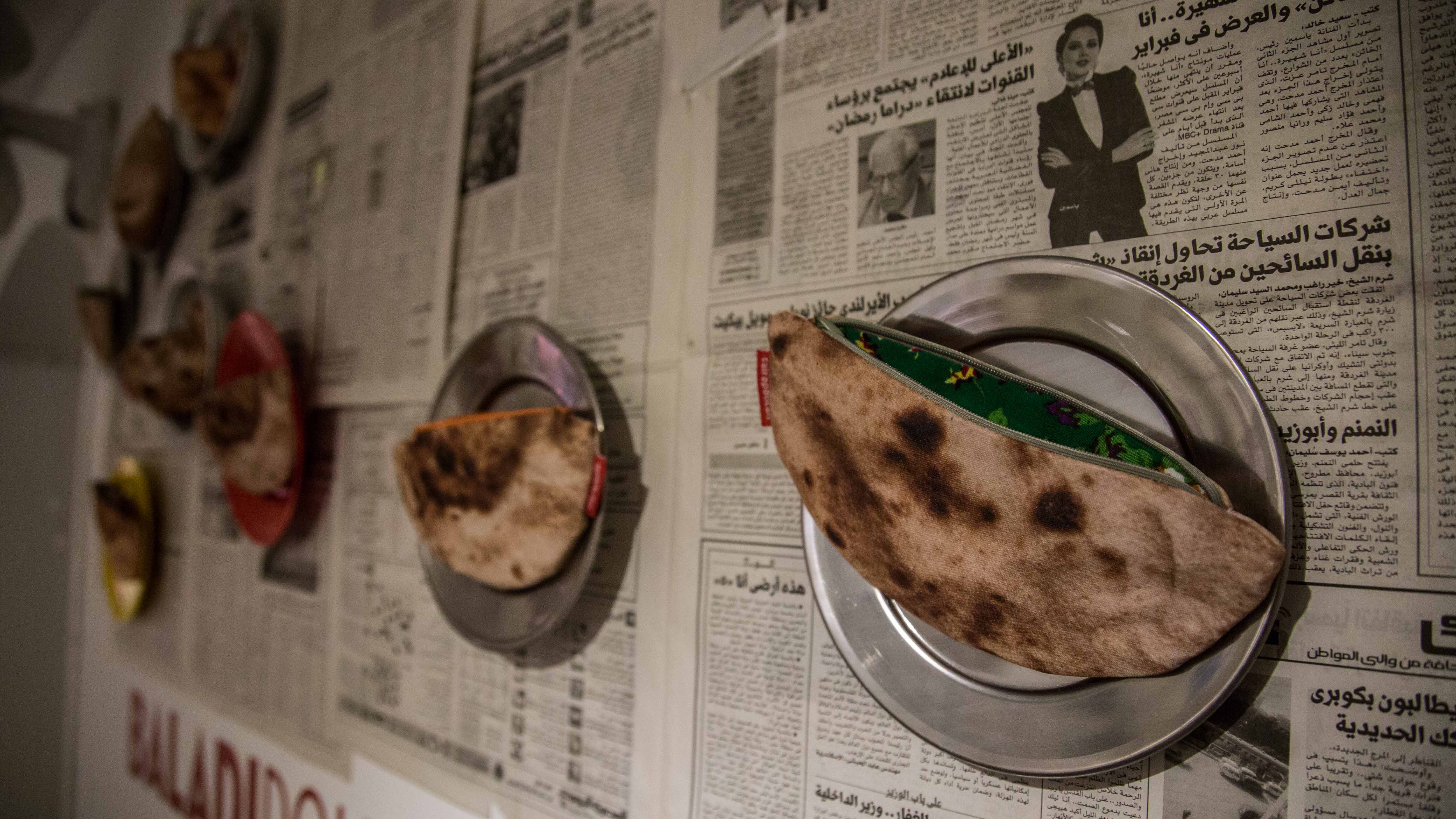 She mentioned that the turnout of the exhibition was “more than expected,” adding, “we received visitors of different categories, ages and backgrounds people are very nostalgic toward their past and memories, so they desire to keep something related to where they once belonged.”

Alongside her new experience with Cairopolitan, El-Sharkawi has a great passion for street photography, which she believes helped her in the new project.

“My photos are what attracted Hefnawy’s attention to offer me to join his team, and I accepted as I felt that it is much related to what I used to do over the past seven years,” said El-Sharkawi.