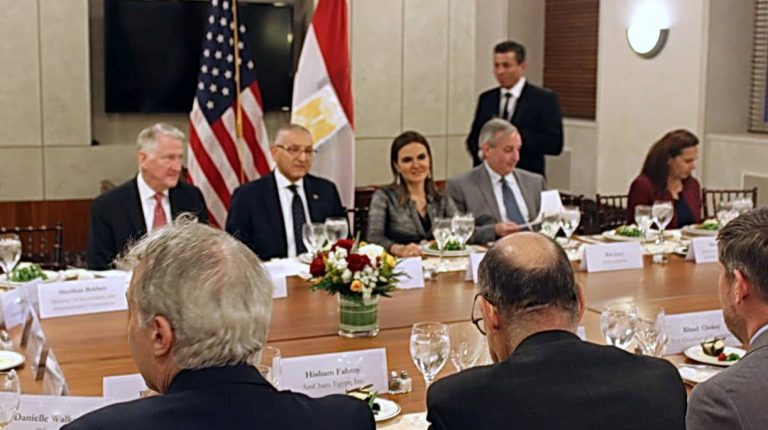 In a meeting organised by the American Chamber of Commerce in the US,  Sahar Nasr, minister of investment and international cooperation, met with some leading US companies, in the presence of  Yasser Reda, ambassador of Egypt to the United States; Hisham Fahmy, CEO of AmCham; and representatives of Abex International Energy, Procter & Gamble, Pfizer, Boeing, Exxon Mobil Corporation, Kosh, Met Life, Glover Park, Watts Contractors, and others.

A ministerial press statement said on Sunday that Nasr exposed the latest economic and legislative reforms according to the directives of President Abdel Fattah Al-Sisi during her meeting with the American companies.

The Egyptian government is actively encouraging private sector investments as an engine for economic growth, job creation and poverty elimination, said the statement, adding that issuance of several laws and regulations, namely the new investment law and its executive regulations, law of restructuring and reconciliations and bankruptcy, factoring.

The government enhances private sector participation in implementing major national projects, Which aims at maximizing the potential of this promising region as a gateway between the East and the West, in addition to the establishment of a number of new cities, including the new administrative capital and the new cities, in addition to creating an attractive legislative environment, Nasr said.

It worth mentioning that the AmCham is organizing a business mission visit to Egypt next October which will include about 50 American firms.