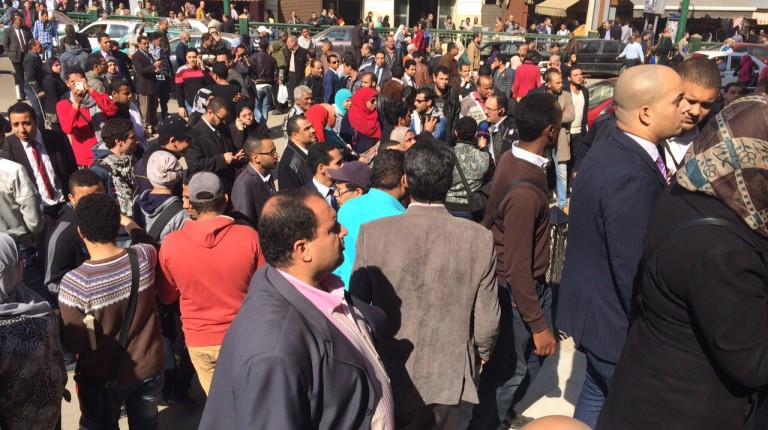 Egypt’s Parliament, headed by Ali Abdul Aal, decided on Tuesday to take legal action against accused parliamentarians and refer them to investigations.

The issue of the accused members will be discussed ahead of the session, dedicated to give confidence to the government after discussing a report prepared by special committee over its policy.

Abdul Aal was scheduled to vote out several members, during a plenary session on Tuesday, as some number of members of the critical 25-30 parliamentary bloc are accused of violating the system of the session, during the vote on the draft law on the financial treatment of parliament speaker, the prime minister, members of the government, and governors, and their deputies.

The request to withdraw memberships of some members were investigated by the Bureau of the Council before being sent to disciplinary committee for further investigation with members.

The parliament will begin the procedure of suspending the membership of member Sahar Al-Hawari, but following ending the discussion on a report of a special committee, to respond to the government’s statement.

“You should be confident that I will not go out of the Constitution and the regulation for a simple reason that I studied the Constitution and the law for 40 years and practiced in constitutional work inside and outside Egypt. However, sometimes we are under pressure, but never made emotional decisions, and keen to always give the chance of expression to all, as I am always opposed that I give the word more to opposition than the majority,” Abdul Aal said this during the session.

Article 110 of the Constitution states that “the membership of a member shall not be revoked unless he loses confidence and consideration, loses one of the terms of the membership, on which he was elected, or violates his duties. The decision to drop the membership shall be made by a two-thirds majority of the members of the House of Representatives.”