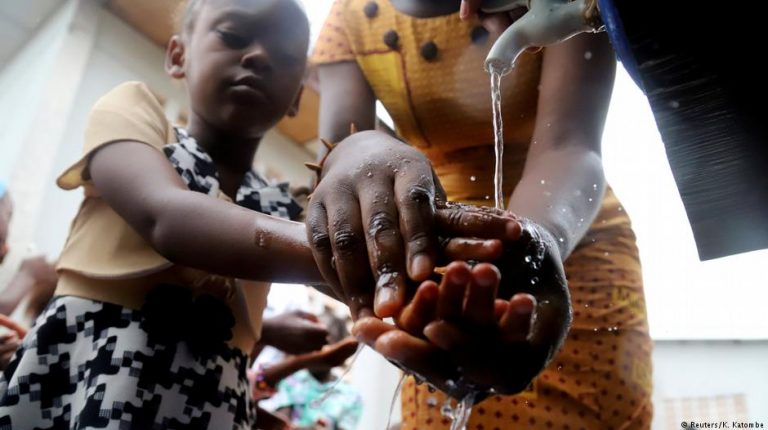 The Democratic Republic of Congo has managed to end the latest Ebola outbreak in less than three months. What lessons can be learned by other countries from this successful intervention?With the help of the World Health Organization (WHO) and Doctors Without Borders, the government of the Democratic Republic of Congo has achieved something that, not long ago, hardly anyone would have thought possible. Less than three months after the first case of Ebola was recorded in the north-west of the country, the Health Ministry on Tuesday declared the outbreak over.

The authorities are following the WHO definition, which decrees that 42 days – double the incubation time – must pass after the last Ebola patient is discharged. If there is no new instances of infection in this time, the outbreak can officially be declared over. The DRC’s health minister, Oly Illungo, has described it as a remarkable success.

“With the swift reaction from the government and the involvement of the population we were able to bring the situation under control within seven weeks,” Illungo said in an interview with DW.

The authorities recorded 53 confirmed and possible cases of Ebola starting in April this year, 29 of which were fatal. The outbreak was the ninth in the DR Congo since the virus was discovered in 1976. However, this was the first time it had reached a major city. According to the Health Ministry, there were four cases of Ebola in the city of Mbandaka (population: 1.2 million) on the banks of the Congo River.

The city sees a lot of river traffic, and the authorities and aid organizations were afraid the virus might spread downriver to the capital Kinshasa around 600 kilometers (370 miles) away. However, they were able to prevent this.

“Basically, it’s really encouraging to see that an outbreak like this can be brought under control, even with a major city involved,” says Maximilian Gertler from Doctors Without Borders. He adds that it was only possible thanks to the huge commitment of all those involved.

Read more – Top 10 most dangerous viruses in the world

For many people the latest Ebola outbreak in Congo recalled the 2014/15 epidemic in West Africa, when more than 11,000 people died in Liberia, Guinea and Sierra Leone.

“In West Africa we were dealing with a much more mobile population in a heavily populated region,” Gertler explains. He was in Guinea at the time, working with Doctors Without Borders. “That has a huge, very different dynamic to when very sparsely populated regions are affected, which we were familiar with from older outbreaks.” The virus then spread relatively quickly in urban areas.

Back then, many people underestimated the outbreak for too long. Local governments, the WHO and aid workers all seemed overwhelmed by the magnitude of the disaster.

“Added to this was the fact that, for a long time, the international community really left people to deal with it alone,” says Gertler.

Ebola is one of the most dangerous pathogens in the world. The extremely contagious virus is transmitted from person to person via bodily fluids. Around half of all cases end in death. The virus triggers a highly infectious fever, and in the final stages there is bleeding from all the bodily orifices. Researchers suspect that the virus originated in bat-like creatures in the central African jungle. Such diseases are usually transferred to humans by the consumption of infected meat. Once the virus has crossed the species barrier, relatives and helpers often become infected through proximity either to the patient or to dead bodies. According the Congolese Health Ministry, four people also became infected at a funeral during the recent outbreak.

Lessons have been learned

The fact that the Ebola outbreak in DRC was not able to develop into an epidemic, as it did in West Africa, also has to do with the country’s history.

“In the Democratic Republic of Congo we have a lot of experience in dealing with Ebola outbreaks,” says Jean-Jacques Muyembe of the WHO’s Advisory Group on Ebola Virus Disease Response. As a result, he says, they were able to react swiftly. Sick people were immediately isolated, those who had been in contact with them were put under observation and were also isolated as soon as they started to exhibit symptoms. The National Institute for Biomedical Research deployed three mobile laboratories in the affected region for this purpose. There were also large-scale information campaigns.

The international community also seems to have learned its lesson from the terrible disaster in West Africa. Aid workers and resources were immediately mobilized. Also, by the end of June the WHO and Doctors Without Borders had given 3,330 people an experimental vaccine against Ebola. These people were primarily those who were most at risk of coming into contact with the virus, such as medical personnel and aid workers.

“We are now all very interested to discover what part the vaccinations played in this success,” says Gertler, who is an epidemiologist. The vaccine’s active ingredient is still at the research stage, he explains, but it looks very promising.

According to Gertler, Doctors Without Borders has now handed over its Ebola facilities to local organizations. The doctors hope these will not be needed in future to treat the dangerous virus, but will be used instead to treat other diseases such as malaria, measles or cholera. These are the main causes of death in the DRC.