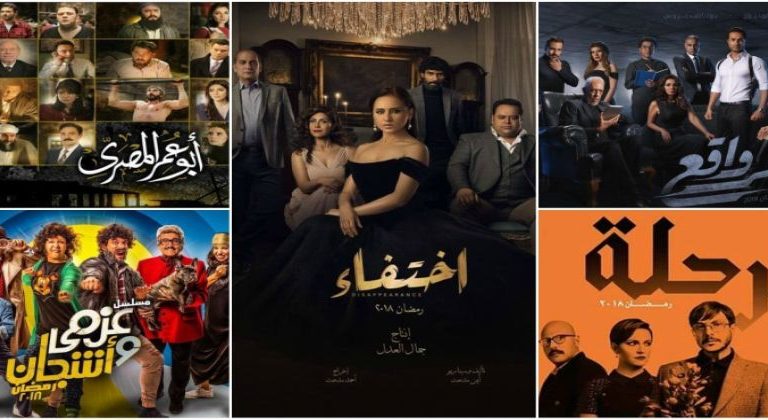 Ramadan season is known for witnessing the production of a large number of series, that this season witnessed the presence of 30. That led to increasing the competition, but the question is how the portrayal of women in that huge number of series was.

To answer this question, the National Council for Women (NCW), in collaboration with the Faculty of Arts, Media Department launched a study to examine the image of women in Ramadan’s series in 2018.

Based on the social responsibility of the NCW, Suzan Al-Kalini, head of the media committee at the NCW and dean of the Faculty of Arts media section, announced earlier in May that the council has formed a committee to monitor the image of women in the series, commercials, and programmes to be screened on television during the holy month of Ramadan.

For her part, Maya Morsi, NCW`s president, revealed in a press statement about the final report, that includes the monitoring results and recommendations, that there is a positive shift in the women`s image in Ramadan`s drama in 2018.

She noted that the series this year, largely abided by the media code for women, which was issued by the NCW in 2017 and was approved by the supreme Council for Media Regulation.

Moreover, the NCW also created a committee to monitor how women are portrayed on television screens, which has been in effect for the past two seasons of Ramadan.

She explained that in general the violence against women has declined, noting that there is also a decline in the use of profane words in portraying negative images of women.

She further added that this year’s drama featured the issue of discrimination against women in all its forms.

For her part, Al-Kalini noted that 2018 witnessed a breakthrough in women’s image in drama and that the negative portrayals of women declined.

Ramadan series were written without any kind of analyses: Shoaman

On the other hand, Hanan Shoaman, the film and drama critic, told Daily News Egypt that currently the drama is written in a wrong, fast way, presenting the series without any analyses of the society or the characters presented.

She continued that there is no good addressing of women’s issues, as this kind of writing does not allow any kind of proficiency either in acting, directing, etc.

She explained that all the series now present a superficial image for women in specific and the society in general.

All what this kind of fast production can allow in writing is a type of monitoring for the society, like the headlines in the journals.

She pointed out to that the reason for this fast wrong way of production is, the less preparation for Ramadan’s season before it by enough time, depending on the surprise element that Ramadan is coming after a week.

Shoaman gave an example to illustrate more her point of view, saying that when Ossama Anwar Okasha was writing the Scenario of “Layaly AlHelmaya,” (El-Helmaya Nights), he studied well all the society at that time, that led to presenting all the society’s categories in the series correctly.

“We have learned more through the series about the businessmen at that time or the problems of women in that time,” she said, adding, “While now, no one studies all the society before writing like what Okasha did before, not one piece of drama presents the whole image of the society in general or women in particular; all the series present just an angle from the society without any analyses.”

According to the NCW`s report, Ramadan`s dramas featured many forms of violence against women, giving example to the physical violence in the scene in “Kalabsh 2” (Handcuff 2) series, in which the actor Amir Karara threw out the actress Bassant Shawqi from his home.

Another example, the physical violence also in the series of “Awalem Khafaya,” (Hidden Worlds), in which the actress Heba Magdi was beaten, insulted, and aborted from her husband as he refused her work.

On the other hand, the moral violence of women for women was featured in “Layaly Eugene,” meaning (Eugene Nights), such as the attempt of Laila Ezz Elarab to ridicule Maryam Alkhasht because she was late in getting married.

Most of Ramadan’s dramas this year featured terrorism issue

Morsi assured that Ramadan’s dramas supported the issues of combating terrorism and showed positive images for women whose son were martyred by terrorist groups.

For her part, Shoaman agreed with Morsi, saying that there is no series in Ramadan that talks about modern Egypt, unless it presents the issue of terrorism.

She continued that the profession of the police officers this year is present more than normal.

But she disagreed with Morsi in that these series showed positive images for women, explaining that all the series that touched the issue of terrorism, touched it in a very naive way.

She said that the “El Seham El Maraka,” (Rogue Arrows) series was the only exception, as it featured  how women live with militant groups.

Shoaman continued that this series was written in a very talented way, but on the other hand it has many technical problems. 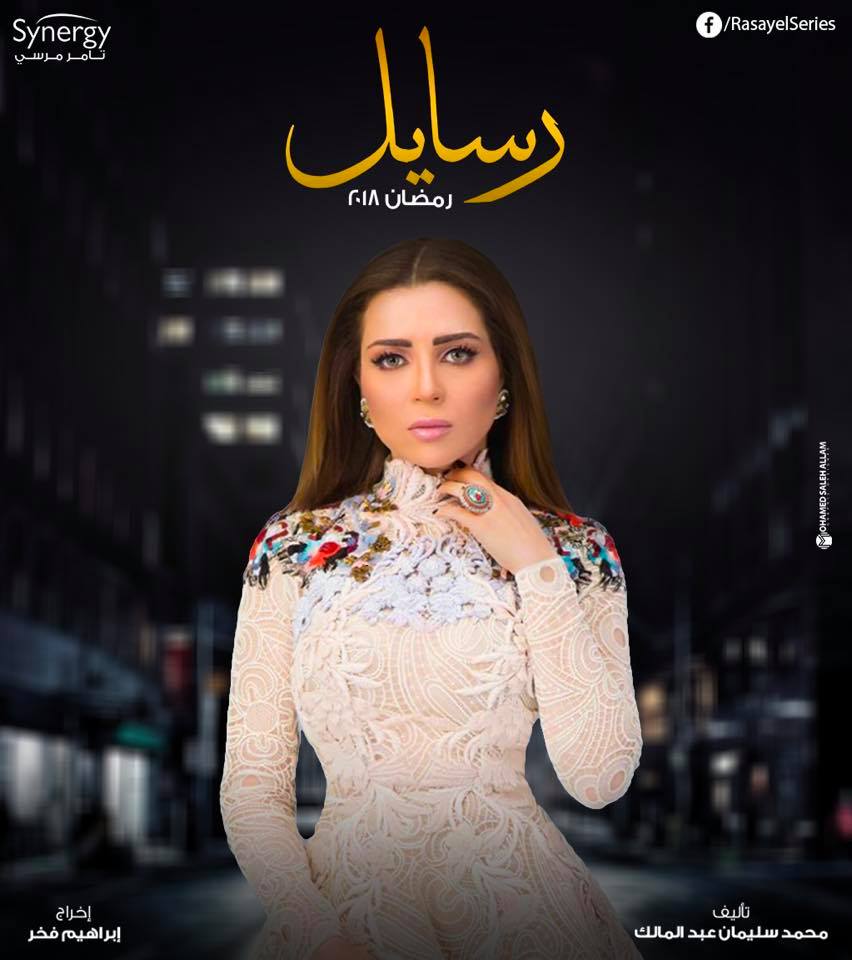 The report stated that Ramadan’s dramas showed models of divorced woman who do not give up with the patriarchy of the society, and succeeds in her work as in “Rasael” (Messages) and “Layaly Eugene”.

In addition to presenting woman who want to promote goodness over evil, like the role of Abla Kamel in “Selsal El Dam” (Chain of Blood).

Shoaman explained that most of the series presented women in Upper Egypt, as who keeps inciting her sons to seek revenge, such as in “Kalabash 2” and “Selsal El Dam”.

The report referred to the same point, in addition, to presenting the wife who controls the husband and ridicules him in front of others, like the character portrayed by Rogina in “Ded Maghol” (Against an Anonymous), as well as Mervat Amin’s role in “Bel Hagm El Alaely” (Family Size).

Women participation in Ramadan series, both in front, behind camera

The report reviewed women’s portrayal and what writers tackled in most series, but the report did not review women’s participation in front of the camera, or behind it.

It did not clarify if the participation was enough or not.

DNE dug deeper to learn more about the participation of women in most series.

There were 30 series this year, and from them there were 11 dramas that included female lead characters or equal leads between males and females.

She continued that the acting performance of the supporting cast, who are not the main heroes or heroines in the series, is what actually surprised her, such as Layla Ezz El Arab and Asmaa Abou Elyazeid.

In terms of writing, Maryam Naoum is still the most prominent name when talking about women in the field of writing dramas.

At the level of directing, unfortunately, there was only one female director among the 30 series, who was Hala Khalil in “Bel Hagm El Aely”.

Concerning the shooting, the name of Nancy Abdel Fattah is the only female name in the field of shooting management, whether in cinema or television.

Meanwhile, most of the dramas this year have been based on musical tunes rather than on tunes with singers’ voices.

In addition to the voice of Yasmin Ali on the introduction of “Amr Wakeaa” (A Matter of Fact), as well as Elissa`s voice in “Rasael”.

Moreover, the number of producers this year reached 22 producers, but unfortunately there were only two female producers, who were Maha Selim for “El Rehla” (The Trip) and Mona Kotb for “Bel Hagm El Aely”.

The NCW did not limit its monitoring to drama only, but also included reviewing women’s image in programmes and advertisements.

Moreover, the NCW noted that there are some inappropriate abuses in programmes like “Ramez Taht El Sefr” (Ramez Under Zero) that contained inappropriate words.

There are also abuses within advertising, such as the Memaar Al Morshedy’s recent ads, promoting its latest compound, Skyline, with the participation of the actor Hani Salama.

The advertisement included masculine messages that offended women, as Salama appeared with an on-screen wife whom he constantly wants to get rid of and is portrayed as annoying and constantly nagging, which caused a wave of rage among Salama’s female fans, who saw that the portrayed image of women in the ad is offensive and unacceptable.

After that the ad faces a barrage of criticism with floods of accusations that it insulted women, that led the owner of Memaar Al Morshedy, Hassan Al Morshedy, to publish an official apology to women of Egypt who saw the advertisement as offensive, explaining that they only intended to feature the reality of young married couples in a “light and funny way.”

On a separate note, Morsi concluded that the NCW hopes that drama to not only something the citizens just enjoy, but also something they learn from, calling on drama and advertisement creators to know what their audiences like and what they do not approve of.

Finally, despite different opinions on women portrayal, no one can deny that it is better than last years, but unfortunately participation of women behind cameras is still very limited.