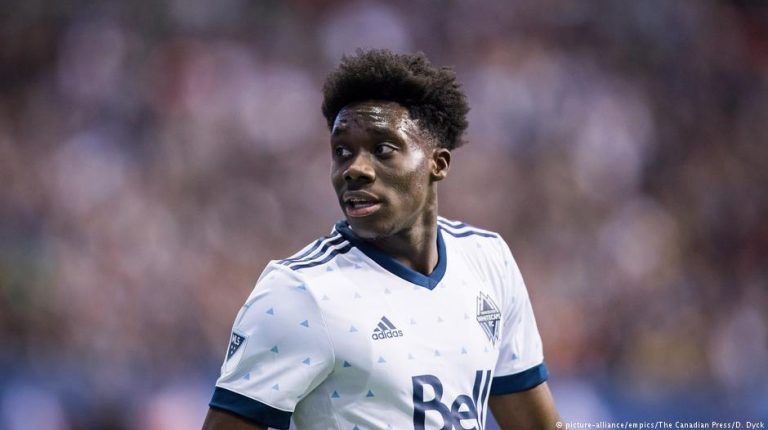 After much speculation, Bayern Munich have announced the signing of highly-rated Canadian youngster Alphonso Davies. The 17-year-old has already made a big impact in his short career with Vancouver Whitecaps in the MLS.Davies, who is versatile but most comfortable on the left wing, has signed a deal with the German champions until 2023, Bayern confirmed on Wednesday. The transfer is rumored to be worth about €13 million ($15.25 million) and Davies will join in January 2019.

The deal had long been rumored and coach Niko Kovac and members of the Bayern board have spoken highly of the Ghana-born starlet in recent days.

“Alphonso Davies is a huge talent. At just 17, he has a bright future ahead of him,” said sporting director Hasan Salihamidzic at Davies’ unveiling. “Alphonso is very talented and it comes as no surprise that many other top clubs were after him.”

Davies made his debut for the Whitecaps age 16 and has gone on to break a number of records both in the American league and for his country. He’s scored three goals and made six in his 20 MLS appearances.

Davies will stay with his current club until the winter transfer window opens, by which time he’ll have turned 18, and will then join Bayern and hope to make an impact in the first team. Bayern are currently well stocked in wide areas but with Arjen Robben and Franck Ribery nearing the end of their careers, opportunities may not be so difficult to come by in the future.

“I’m very happy about my transfer to Bayern,” said Davies. As a kid, you dream about this moment and I’m happy it came through. Now it’s time to continue working, I have to give everything to make the most of this opportunity.”

Bayern took the opportunity to snap up Davies while on their tour of America, which concludes with a game agains English champions Manchester City on July 28.