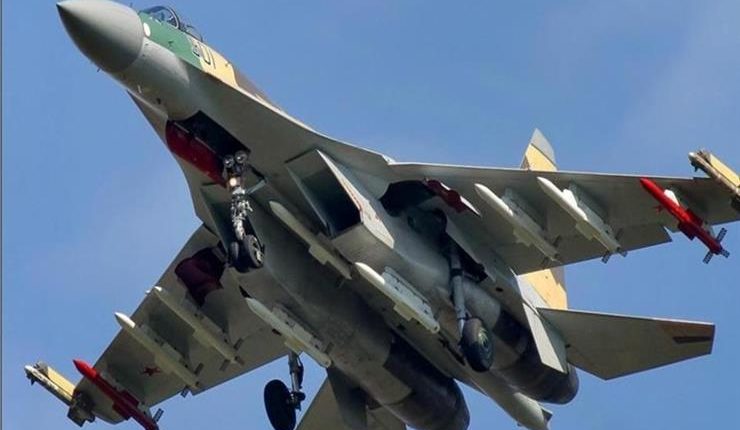 Israel said that it shot down a Syrian fighter jet that penetrated Israeli airspace when it flew some 2 km into the occupied Golan Heights on Tuesday, according to a statement from the Israeli army. The pilot of the plane was killed, according Reuters.

The Syrian fighter jet, a Russian-made Sukhoi plane, was targeted by Israel while the plane was taking part in a raid on the rebels, Syrian state-run media said.

According to the spokesperson of the Israeli army, Ronen Manelis, Israel’s air defences fired two Patriot missiles at the jet. He added that the plane took off from the T-4 airbase near Homs, which was the target of at least two Israeli airstrikes in the past, and it was used by the Iranian forces and housed a command centre for Iran’s drone operations in Syria.

Israeli Prime Minister Benjamin Netanyahu said, “Our air defence systems identified a Syrian Air Force jet that took off from the T-4 Syrian Air Force base and penetrated Israeli airspace,” describing the incident as “a gross violation” of the 1974 Separation of Forces Agreement with Syria. “I have reiterated and made clear that we will not accept any such violation. We will not accept any such penetration of, or spill over into, our territory, neither on the ground nor in the air. Our forces acted appropriately. We insist that the Syrians strictly abide by the Separation of Forces Agreement between us and them,” Netanyahu added.

Meanwhile, dozens of Syrian people were killed in several attacks of the Islamic State group (IS), including suicide attacks in Al-Sweida city.

Moreover, the UN envoy to the Middle East, Nikolay Mladenov, warned on Tuesday of the course of the repeated and dangerous clashes between Israel and Syria. Mladenov, before the UN Security Council on Tuesday, called upon all parties to commit to the 1974 agreement and to support the efforts of the UN forces to survey the disengagement.

Reporting on suicide can have meaningful impact on suicide deaths: study