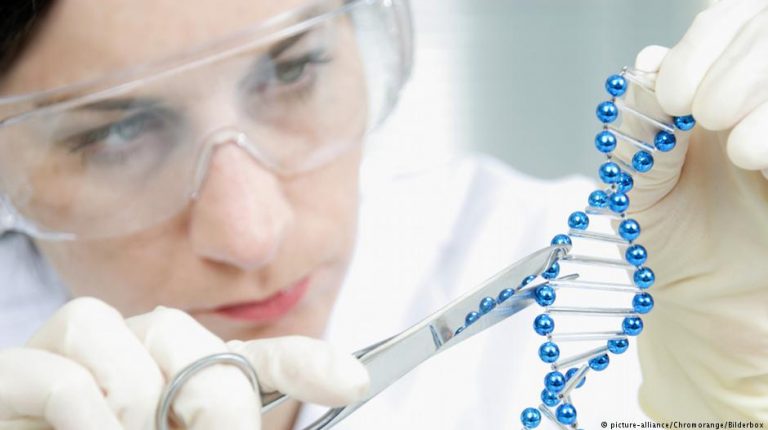 The EU’s top court has ruled that gene-edited crops fall under the same tough laws as GMOs. While good news for opponents of such products, it’s a setback for genetic research on the continent, says DW’s Fabian Schmidt.Had gene-editing technologies such as CRISPR-Cas9 been exempt from the same stringent guidelines in place for conventional genetic technology, it would have represented a big opportunity for scientists.

It would have meant a chance for plant cultivation to finally catch up with research in the United States, which is currently leading in the field of “green” genetic engineering, and close the giant technological gap between the two continents.

But that’s unlikely to happen now in the wake of the ruling by the European Court of Justice. Instead, it’s an affirmation of the decisions made years ago by large industrial research companies such as BASF to move their crop research divisions overseas. Those companies that have yet to do so will sooner or later follow suit.

Read more: Is CRISPR-Cas9 ‘genetic engineering’ at all?

And it will also follow that green genetic engineering will continue to be perceived by the public as evil, when primarily, it is an optimized form of plant cultivation. In principle, CRISPR-Cas9 does nothing other than what happens in nature: create alterations in select genes among the millions of genes in the genome of a plant. The mutations that result are no different than those that spontaneously occur in nature.

Ever since humankind moved from being hunters and gatherers to agriculture and raising livestock, people have always altered organisms for their benefit. This has, of course, altered our ecology. Some plants have prevailed over others. Some lines have died off, and others have emerged. It’s called evolution. The new thing about genetic engineering is that biologists today are able to achieve considerably better, faster results than the animal and plant breeders of the last millennia.

This never used to be a problem. We humans have bred domestic pigs, dairy cows, extra big cherries and sweeter grapes. We’ve changed the genetic makeup of wild boars, cows, wild cherries and grapes to better suit our purposes — because it was good for us, and because it tasted good. At the same time, we’ve evolved into modern human beings. So why is everything now suddenly wrong?

The new gene editing method known as CRISPR-Cas9 is much closer to processes found in nature than the transplantation of genes from one organism to another. It’s so close that the resulting mutations can’t be identified as artificial. The latest reports that the use of CRISPR-Cas9 also leads to undesirable mutations are not surprising. That’s a common feature of plant cultivation and evolution — it’s a part of life that cells mutate.

Perhaps it’s part of human nature to mistrust our own capabilities. A lot of people have an uneasy feeling when they hear the words “genetic engineering.” Can the sorcerer’s apprentice retain control over the powers that he unleashes? The honest answer is probably, yes — just as we have in the past. But for the opponents of genetic engineering, that answer is unconvincing. Their rejection lies deep, just as we see an anti-modernist, anti-industrial attitude taking hold in society.

Read more: Is gene editing the key to food security in a warmer world?

Trade, of course, continues to take its cue from the mainstream. For supermarket chains, it’s all about sales figures and ensuring that customers feel comfortable buying their brands. Ecological awareness is growing — the main thing is that it says “organic” on the label.

The labeling requirement now extended to CRISPR-Cas9 products will be pure poison for consumer perception. A transgenic potato variety — even if it is very healthy — or a transgenic rice enriched with natural vitamins will not stand a chance on market shelves in affluent Western societies. No retailer will want to risk putting such products with the “genetically modified” label on their shelves. And no farmer will want to grow such products if they fear they will not sell. In this way, we are robbing ourselves of the opportunity to develop better, healthier food products and to allow farmers to make a better living by growing crops that are more optimally adapted to dry conditions, for example.

That doesn’t mean that CRISPR-Cas9 will cease to develop. On other continents, people are less ideological in this debate — so Europe will continue to lag behind.