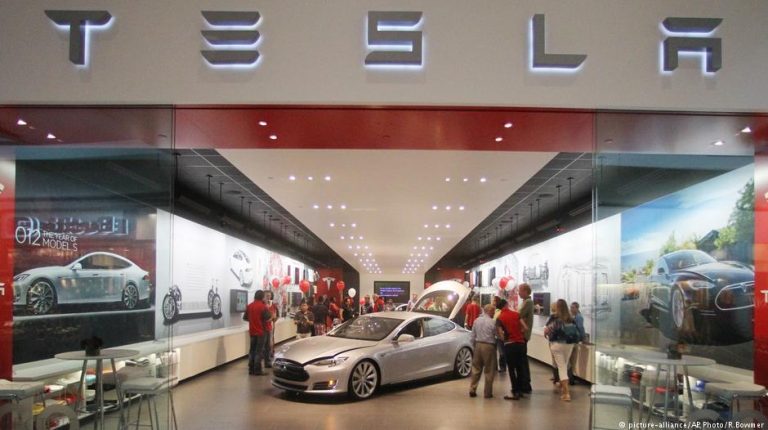 Despite breaking into the notoriously impenetrable auto industry and building popular electric cars, Tesla and its boss Elon Musk have had a rough ride lately. Is the end nigh for them, or is the dawn about to break?”I’m definitely under stress so if I seem like I’m under stress, then I want to be clear, I am definitely under stress.” So said Elon Musk, Tesla’s CEO and front man, when a TV crew from US network CBS came to visit him at the company’s massive Silicon Valley factory back in April.

In the intervening three months, it is fair to say that Musk has seemed like a man under stress.

He has involved himself in several unseemly disputes on social media and with journalists, ranging from a row with an illustrator over a picture of a unicorn to much more serious incidents, such as when he called a diver involved in the rescue of children trapped in a Thai cave “a pedo,” after the diver dismissed Musk’s proposed involvement in the rescue as a PR stunt.

Musk’s charisma has always been a big part of Tesla’s PR strategy and in much the same way that Ryanair have used Michael O’Leary’s oversize personality to promote their wares, Tesla have done the same with Musk rather than use conventional advertising.

Yet Musk’s recent Twitter paroxysms have created a raft of negative headlines for Tesla at a time when they need as much goodwill as they can get.

The company is a world leader in electric vehicle and battery production, but for years now, has existed with the persistent suggestion that it will eventually run out of money as its speed of production simply isn’t fast enough to keep up with its colossal costs.

The situation has been particularly pronounced in 2018. Musk vowed late last year that Tesla’s Model 3 car, seen as a ‘mass market’ vehicle for the company and therefore critical to the share price and ultimate hopes of long-term profitability would reach production rates of 5,000 units per week by December.

After several delays, some caused by issues with assembly line robots, others to do with battery technology, the target was finally reached in the final week of June. However, news came this week that Tesla had written to suppliers asking them to refund a portion of what Tesla itself had previously spent for products, in order to help the car company to become officially profitable.

Tesla defended the action, saying it was limited to a small number of suppliers and should be seen simply as a form of negotiation. “Now that we’re in a stronger position with Model 3 production ramping, it is a good time to improve our competitive advantage in this area,” a statement from the company said.

Gene Munster, from US venture capital firm Loup Ventures, told DW that much of the reaction to this news drew the wrong conclusion, namely that Tesla’s short-term future was in peril.

“I think it is a somewhat misleading conclusion to say they are doing this to try to save the company,” he said.

Tesla have made major strides in the development of electric cars but their highly complex technical requirements — and the requirements of the factory that makes them — come with a huge financial burden, with the company spending around $1 billion (€855 million) every quarter.

Tesla reduced their workforce by almost 10 percent in June in an attempt to cut costs, while Musk wrote to employees last month, saying: “What drives us is our mission to accelerate the world’s transition to sustainable, clean energy, but we will never achieve that mission unless we eventually demonstrate that we can be sustainably profitable.”

Regardless of its obvious potential to dominate the electric sector into the future, Tesla needs to start making money eventually to fully convince the wider business and investor community. The company has plenty of doubters, not least famed short-seller Jim Chanos, who has repeatedly questioned the company’s long-term survival prospects.

Musk’s recent outbursts have not helped sooth those doubters but it is worth remembering that what Tesla have already achieved in the automotive industry suggests that they shouldn’t be written off too easily.

“The auto industry is a capital intensive endeavor and in order to be a player in auto, just to get into the game, it’s very, very rare that new companies come in. To do something at scale is even more difficult,” Munster said.

Yet Tesla have, if not quite doing that, come extremely close and may yet achieve it on a long-term basis. And while their costs currently outweigh what they are taking in due to the production speed issues, they recently had well over 400,000 orders on their books, although some reports suggest the continuing uncertainty over production has led to large volumes of cancellations.

He believes that something that has been lost amid Musk’s recent volley of tweets is the fact that Tesla is ultimately trying to do something good — to build environmentally sustainable cars with high levels of drivability for a mass market.

As well as that, should Tesla do enough to weather their current cash storm — and steady their stumbling share price — the future may well yet belong to them. They have built up a currently unrivalled knowledge base on electric vehicles, a potentially major advantage given the major global shift towards electric vehicles, accelerated since the outrage of Dieselgate.

“The other piece that gets missed in this is that it is such a big trend that is in front of Tesla — such a powerful opportunity — that even if they had cash needs that are unexpected, I am confident that investors would step up and give them the proper money to stay in business if it comes to that,” said Munster.

The stresses are likely to continue for Musk and Tesla into the foreseeable future, given the legitimate questions they must answer about their ability to stay in business.

Yet given the equally legitimate reasons to believe in the company’s prospects of a bright future in a rapidly changing industry, betting against them at this point is a move that ought to be doubted too.