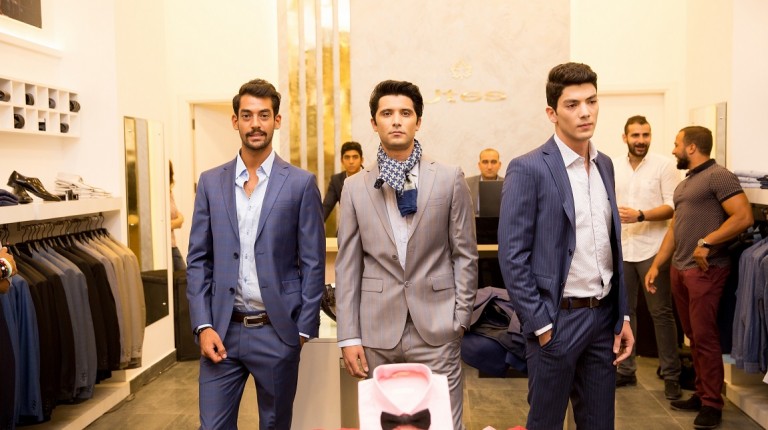 In all the social and sporting events in Egypt, you find a tall, dark-skinned man with signs of misery and fatigue, who keeps chasing the camera anywhere, whether in a football stadium, basketball courts, tennis pitches, or any other games, as well as at funerals and weddings. Hassan Fahmy is present—carrying his microphone and shouting enthusiastically, not interested in those who accuse him of being an annoying man.

In the stands of hall number two at stadium complex at Cairo Stadium, Fahmy held his microphone and cheered enthusiastically encouraging Egypt before facing Bahrain in the final of the Arab Basketball Championship for Youth. Daily News Egypt spoke with him, and he said, “When there are events, someone tells me. I make sure to go, as I am a famous man who must be present.”

A lady sitting behind us asked us to stop him from singing, so we told him. He said, “I am only cheering for Egypt. I love my country. I act, sing, and participate in ads. I am a famous person.”

He added, “I work in furniture. I spend my own money to attend events, without return. I am brought by virtue of my fame and popularity, and whoever complains to me now will be used to it someday.”

He continued, “Mohamed Noah was famous for the song ‘Shadi Hilak Ya Balad’ through the stadium. I want to be like him. I am 63 and that does not mean that I lose my dream. Hassan Abdeen became famous when he was old.”

He added, “I appeared in films like ‘El Noom fi el Asal’, ‘The Danish Experience’, and ‘Zamahlwya’. I go to gatherings in my spare time.”

He concluded, “My family is very proud of me because I am famous. In fact, I am a camera addict and I like to appear everywhere. I go to Friday prayers in mosques that are televised and have attended some 350 episodes for Sheikh Shaarawi.”

We left Hassan Fahmy as he was asking to continue his interview and take pictures of him. He also asked how to get the newspaper to put it in his pocket and show his photo.