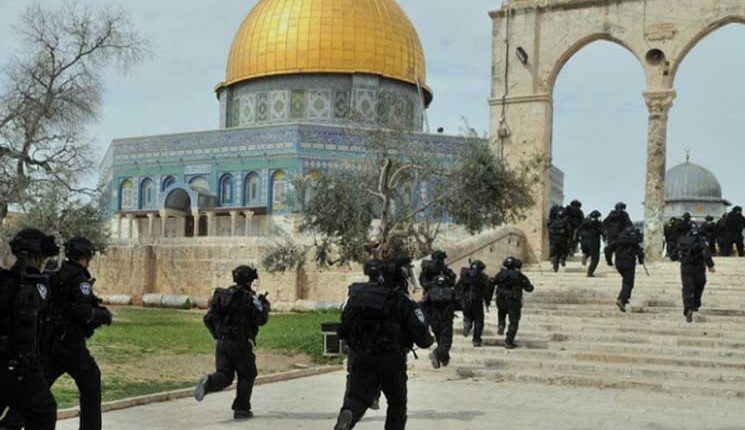 Israeli forces stormed Al-Aqsa Mosque on Friday and arrested 24 Palestinians while hundreds of Palestinians defended the mosque against the Israeli raid. The Israeli police said in a statement that four officers were killed during the clashes.

Sheikh Mohamed Hussein, the mufti of Jerusalem, said that after the end of the Friday prayer, the Israeli forces stormed the mosque and shot tear gas and stun grenades, and closed the gates of the mosque.

Palestinian President Mahmoud Abbas said in a statement that the “continuation of the Israeli aggressions against occupied Jerusalem and its holy places will lead to complicating the situation and pushing the region into a religious war that we have warned of its results and destructive consequences in the region and the whole world.”

Firas al-Dibs, spokesperson for Al-Waqf, Jerusalem’s Religious Endowments Authority, said in a statement, “At least 50 police officers raided the Al-Qibali Mosque, attacking worshipers and arresting 20 others.” He added that about 15 Palestinians were injured, including three mosque guards.

Meanwhile, the Israeli Knesset passed a controversial law declaring that only Jews have the right of self-determination in Israel. The law also reduces the official state of Arabic in Israel.