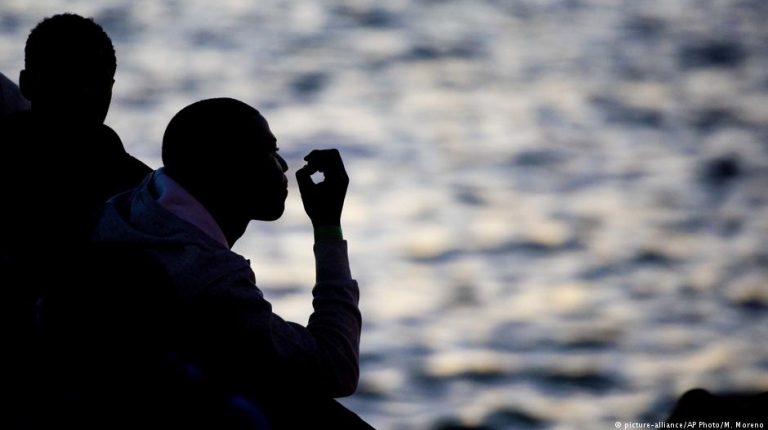 Despite an overall decline in the number of migrants into Europe the sea crossing appears more dangerous than ever. International organizations will meet in Geneva Monday to discuss the crisis.The Spanish coast guard has rescued nearly 1,000 migrants from the Mediterranean Sea over the past two days.

The maritime rescue service said it pulled more than 200 people from 10 boats Saturday morning, adding to the more than 770 migrants rescued Friday from another 52 boats.

One successful dinghy crammed with more than 30 migrants startled sunbathers as it landed on a tourist beach on Friday, with its occupying fleeing into the surrounding sand dunes as police gave chase.

As Libyan authorities have cracked down on human traffickers, making it more difficult for migrants trying to reach Europe from the North African country, would-be asylum seekers trying to reach the continent have moved to Algeria and Morocco for their jumping-off point.

Correspondingly, the flow of migrants into Italy has declined while the traffic into Spain has surged. More than 20,000 have arrived in 2018.

Despite a dramatic decline in the overall flow of migrants into Europe this year, the sea-crossing appears to have become more perilous than ever.

For the fifth straight year more than 1,500 people have died trying to reach Europe via the Mediterranean Sea, according to the United Nations.

More than 1.2 million migrants, many of them fleeing civil war in Syria, sectarian violence in Iraq or a resurgent Taliban in Afghanistan arrived in Europe in 2015 and 2016. Last year the overall number dropped to little more than 700,000, according to Eurostat.

So far this year just 55,000 migrants have arrived in Europe, less than half the amount at this time last year, according to the UN migration agency.

But Spain has now overtaken Italy as the primary landing point, with 17,000 migrants arriving this year — twice as many as in 2017, according to the interior ministry.

The UN and the International Organization for Migration (IOM) are planning a meeting in Geneva on Monday to address the crisis.

“Despite incredibly low numbers arriving to Italy, the per capita death or the rate of death per 1,000 people may be at its highest point since the emergency began,” IOM spokesman Joel Millman told journalists Friday.

The international meeting will focus on a collective approach to making rescues at sea more manageable. But it’s unclear which government officials will attend the closed-door meeting.

Earlier this week the European Commission unveiled a plan for “regional disembarkation platforms” that would likely be located outside of the European Union to process migrants rescued at sea.

So far the plans remain vague with no indication of potential host countries but EU officials indicate that they are looking at North Africa.