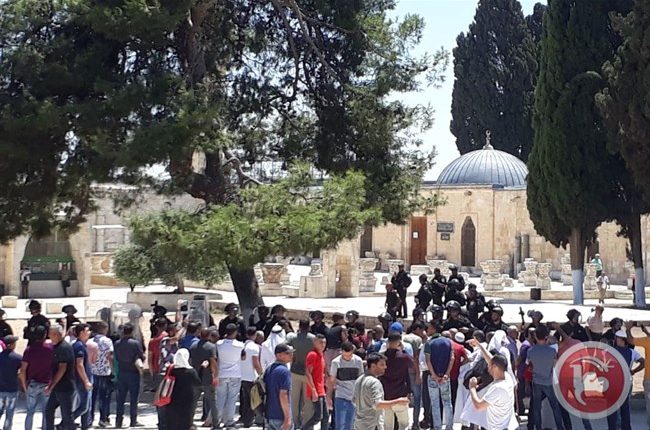 As Palestinian leaders of different affiliations have been voicing rejection of an unannounced hoped-for US-led deal to end the chronic Middle East conflict, the so-called “deal of the century” stumbled over obstacles and one of its most promoted aspects could be off the table.

For weeks, the US spoke about the deal’s part focusing on the reconstruction of the Gaza Strip with money from Gulf countries, sending White House Senior Advisor Jared Kushner on a tour in the Middle East to discuss details with Arab leaders.

“The deal of the century is not a new American project. The same project has been put forward since the beginning of the Arab-Zionist conflict with different names and propositions. The new part in this is the support of Saudi Arabia, the UAE, and Qatar for this plot and serious deal, the Zionist movement, and the bringing of Gulf-Zionist normalised relations to light after decades of secrecy. But in any case, the Palestinian people will never allow this deal, which will destroy its project and national entity,” argues Mohamed Abu Samra, a Palestinian intellectual who heads Al-Quds Centre for Studies, Media, and Publishing.

The situation in Hamas-controlled Gaza has been going from bad to worse, whether on the humanitarian or security levels, suffering some of its deadliest violence and Israeli bombardment in the past weeks. Egypt worked with the UN to broker a ceasefire between the two on 20 July.

But on Friday, violence renewed between Palestinian protesters and Israeli defence at the Gaza border zone, leaving at least three dead, in addition to over another hundred killed and thousands wounded since the Great Return protests in March.

Following the recent incidents, Kushner said he may be abandoning the Gaza plan because “no foreign investors are willing to pour money into Gaza during a Hamas-driven conflict,” The New York Timed reported on 22 July. “Provocations will not be rewarded with aid,” he added, according to the report.

On Friday night, however, Israeli media reported that Prime Minister Benjamin Netanyahu now has his own initiative in the making for the solution in Gaza.

According to reports quoting Channel 10 News, a plan including rebuilding Gaza infrastructure, empowering the Palestinian Authority over the strip, and reaching a long-term ceasefire is being discussed with Egypt and the UN.

The dispute between the PA and Hamas over who controls Gaza is a key point of focus of reconciliation talks in Cairo sponsored by Egypt.

On 23 July, US Ambassador to the UN Nikki Haley, US Ambassador to Israel David Friedman, and Presidential Advisor Jason Greenblatt joined Kushner in an article for CNN. They accused Hamas, labelled as a terrorist group, of inciting violence against Israel and using civilians as human shields.

From their point of view, they stated that no peace process could be built if Hamas and its actions were not viewed as hindering future steps, praising the increase in the number of nations in the UN blaming Hamas for the violence.

The article also tried to pass another idea as a fact and basis of any agreement, which is the recognition of Jerusalem as Israel’s capital. “No one will be fully pleased with our proposal, but that is the way it must be if real peace is to be achieved,” the article read.

Earlier on 19 July, the three US officials, excluding Haley, wrote for The Washington Post, insisting on blaming Hamas for its “continuing and needlessly prolonging the suffering of the Palestinian people in Gaza.”

While the US is sensitive to failures of mentioning Hamas’ crimes and easily accuses other parties of being one-sided, it fails itself to mention violations by Israel and has used its veto power in the UN to prevent passing resolutions condemning occupation forces from using excessive violence.

The US is also strongly holding to the idea that Israel’s existence is a “permanent reality.” According to that Washington Post article, “almost all in the Middle East have come to accept this fact, and many have even embraced it.”

Unsuccessful reconciliation attempts between Palestinian factions Hamas and Fatah represented in the PA led by President Mahmoud Abbas seem to no longer be an option for parties concerned with restoring stability to the region, particularly Gaza, such as Egypt.

The Egyptians have been directly involved in negotiations between the two sides for years, but even a new deal announced in October 2017 faced obstacles. However, Egypt continues to pursue such efforts in addition to playing a role to ease tensions between Hamas and Israel, now joined by UN efforts.

Hamas’ refusal to give up control over Gaza to the PA has been one of the major setbacks of reconciliation. Despite that the PA cabinet convened in Gaza for the first time in October, PA Prime Minister Rami Hamdallah’s convoy was bombed in Gaza in March. Although he survived, the PA blamed Hamas.

Earlier last week, Hamas accepted a new reconciliation paper by Egypt, and more rounds of talks are expected to take place in Cairo in the coming period.

According to different media, the new plan has specific phases and a timeline, and it includes the lifting of all PA penalties on Gaza and the full payment of salaries and budgets in the strip, the commitment by Hamas not to interfere in the work of the national reconciliation government and to cooperate with it, the provision of fuel without taxes for the operation of the electric power plant under the supervision of the government, and the start of consultations in a month’s time to form a national unity government.

In the past weeks, Israeli forces continued different attacks on Palestinian villages and houses as well. On Friday, Maan also reported that dozens of Palestinians protested not only the deal of the century, but also Israel’s move to destroy the village of Kan Al-Ahmar to expand their settlement.

Moreover, Israel passed a controversial law stipulating that only Jews have the right to self-determination. The law further encourages Jewish settlement expansion and downgrades the status of the Arabic language.

The law triggered international and internal criticism by Arabs and Israelis alike, including ministers, citing violation of principle of equality of different groups. The law is likely to be challenged before court, Haaretz reported.

The EU has denounced the legislation as complicating a two-state solution to the Israel-Palestinian conflict, joining Israeli-Arab political leaders, Israeli opposition politicians, and liberal Jewish groups in the US in flagging up concern, with some saying the law amounted to “apartheid”, The Guardian reported on 19 July.

Egypt’s Al-Azhar institution also stated that issuing the law was another episode in a series of violations and attacks against the Palestinian people, starting with the Balfour Declaration of 1917 and lasting up until the recent US decision to transfer its embassy to the city of Jerusalem as the capital of Israel.

“Palestine will remain Arab and it is a genuine right for its Arab people, with their different religions and sects,” the statement said, according to state media.

In Egyptian state-owned media Al-Ahram, Makram Mohamed Ahmed described the move as a “shameless forgery of history,” which considers lands solely owned by Israel and thus blocks the possibility of a Palestinian state.

Topics: deal of the century Gaza Israel Palestine US