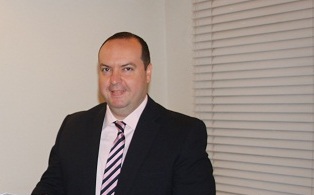 The Administrative Capital Company for Urban Development (ACUD) has announced on Thursday the launch of a competition for engineering consulting offices to participate in the development of proposals and new ideas for the designs of squares and streets in the government and financial districts of the New Administrative Capital.

ACUD aims to create a distinctive character in these neighbourhoods and reach the best creative proposals in the coming period, said the company’s spokesperson, Khaled El Hosseini.

El Hosseini added in press statements that the competition was announced to all Egyptian engineers represented by consultant offices and young graduates. This was confirmed by non-compliance that the participant has a consultant office or a company.

Moreover, he elaborated that a group of new graduates may participate in the competition provided that the team leader is an architect engineer registered in the Egyptian Engineers Syndicate to increase creativity and urge collective work, and because the New Administrative Capital is Egypt’s future project.

Hosseini noted that the competition will be held under the framework of the state’s interest in providing distinctive spaces for the streets and squares of the capital. ACUD has therefore decided to organise an open competition for designing squares and equipping roads in the capital. The deadline for receiving the designs on 15 October 2018.

He pointed out that the competition offers financial prizes for the best offers on the project. Moreover, ACUD aims to create a state of prosperity among the architects and artists in the country, and aims to contract the winning designs in preparation for implementation on the ground.