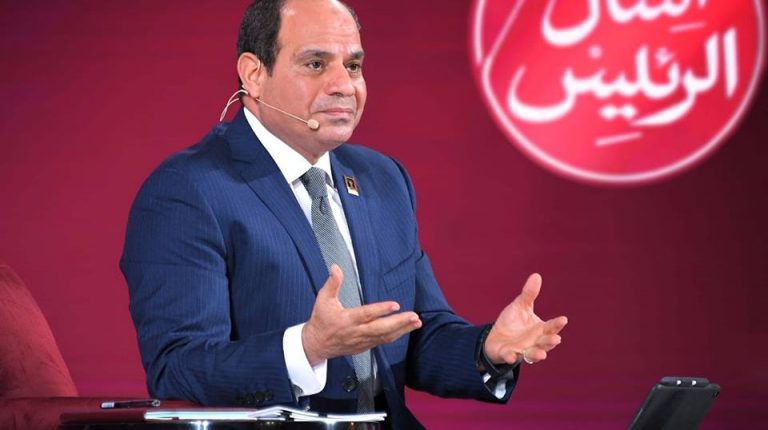 President Abdel Fattah Al-Sisi announced the year of 2019 as year of education’s advancement during his closing speech at the sixth National Youth Conference, that took place for two days at Cairo University.

During this year, the state is supposed to launch a national project to develop the new Egyptian education system, which was previously introduced by the Minister of Education Tarek Shawky. 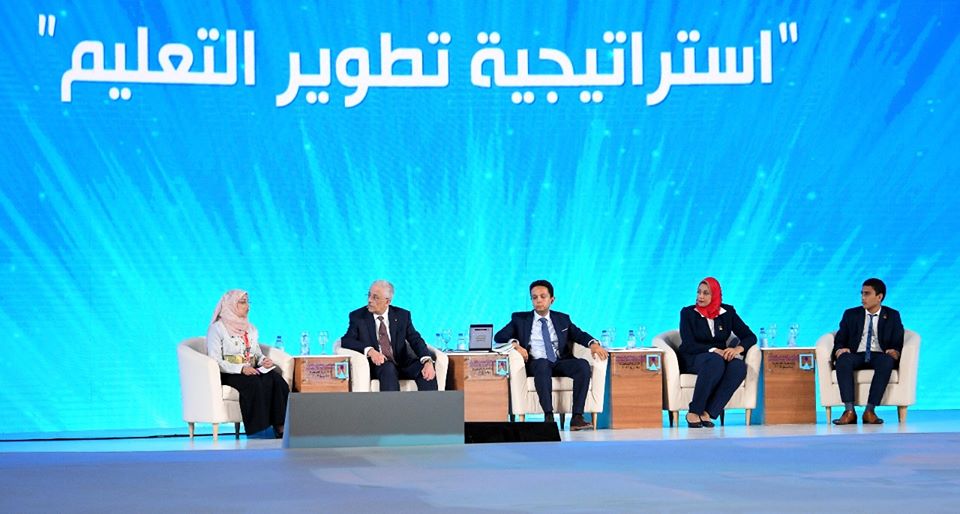 Al-Sisi also prepared a comprehensive plan for the return of sports and cultural activities at universities, allowing school students to practice sports and culture in cultural centres. He also recommended establishing “nurseries for creativity and innovation” supervised by the Supreme Council of Universities, in order to provide the necessary support for creative youth in all fields.

Since 2016, the president started to dedicate a topic of development for a whole year to be implemented. For instance, year 2018 has been dedicated for persons with special needs, in which many initiatives were created and new laws issued granting new rights to them.

The sixth conference showed a big concern over the future of education in Egypt through focusing on how the state could address educational issues and announcing new plans for education in Egypt. The main attendees of the conference were university students, along with education experts and others.

The president also highlighted that the development of education is followed by the improvement of the health sector in Egypt.

As for the new medical system, the president emphasised on the necessity of societal contributions through funds and supporting the state’s performance and agenda.

The improvement of the therapeutic system in Egypt requires huge sums, Al-Sisi said while speaking about the finances of the new system, adding that its full implementation requires the solidarity of all the institutions of society, including the Tahya Misr Fund and “zakat” charity fund, which mainly rely on donations of citizens and investors.

The president complained that the state debts increased to EGP 542bn, which he views as a huge amount, affecting the implementation of development plans.

A number of 9,000 patients out of 12,000 are scheduled to undergo operations within the waiting lists initiative at a cost of EGP 1 bn.

“The issue is about EGP 1bn; the Ministry of Health started a part and left others, so we have to all stand together; thus, we can solve any issue,” Al-Sisi said.

The president called on people to support the system to continue its goals by saying, “if they asked me to choose between eating or treating people, I would treat them, of course; when we stand together with one hand, we can solve any problem.”

He noted that the new medical system will be implemented within 15 years and its total budget will cost EGP 600bn, wishing that Egypt could afford this huge sum.

He further urged that any developmental system, either health insurance, investments, or improvement of the education system, will never succeed without security and stability, noting that the absence of these elements destroys everything.

He presented an example that the US, the UK, and France have not been exposed in their contemporary history to any threat of instability, which could have impacted the implementation of their development plans and progress.

He warned against critics of the new system as a mean for citizens to not lose confidence in the system, and he directed a message to media figures and intellectuals, saying, “if you keep on criticising the existing group and performance, you will worsen the matter and will lead citizens to lose confidence in the system that is not even implemented yet. Make a push for success and put your hands with us so that we can continue, and I am with you.”

On the side-lines of the conference that aimed to address education and health in Egypt, Al-Sisi spoke about several issues, including the 30 June revolution, economic and administrative reforms, and the implementation of major national projects, as well as regional issues such as the Palestinian cause and the situations in Syria and Libya.

“We want to regulate births and not prevent them. Each family should give a chance for itself at least three or four years between each child; two children per family are enough,” the president suggested, while speaking about the challenges of population growth.

Al-Sisi asserted that the state is making great efforts in the file of population growth, and we need a long time to feel a result, but with the help of people, explaining that the increase in population has been an issue in Egypt since the era of former presidents Gamal Abdel Nasser, Anwar Sadat, and Hosni Mubarak, and so forth, however, the state has refused to take legal action to limit the increase in population, whether through imposing fines or depriving citizens of privileges granted by the state.

“We never tried to impose laws to control population growth, but two are enough,” Al-Sisi continued.

In July, Egypt’s Central Agency for Public Mobilisation and Statistics (CAPMAS) said that the country’s population reached 96.3 million in early 2018.

In addition to this, the president complained that divorce rates are increasing, saying that couples seem happy to prepare weddings and then in two months get divorced.

“We talked about women before, and we need a young man or girl to look deeply into the issue,” he said.

He also suggested to the Social Solidarity Ministry Ghada Wally establishing centres to provide pre-marriage awareness for youth to limit the divorce rate.

Wally responded that the ministry conducted an inventory on family counselling and couples’ preparation programmes, based on international experiences, and assigned the Social Research Centre, psychologists, and sociology experts to develop an integrated programme in cooperation with the National Council for Women. 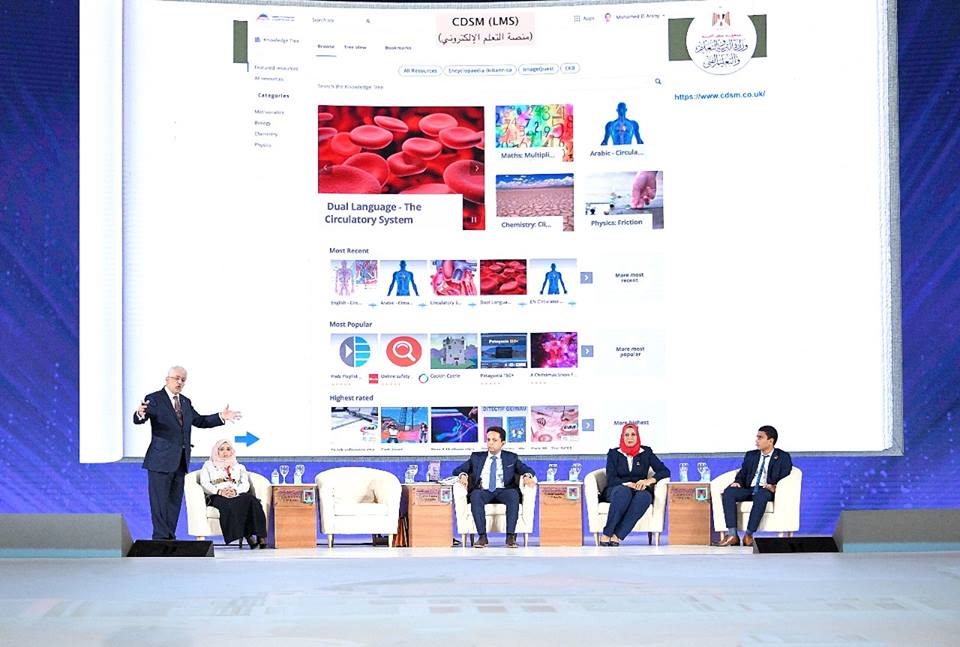 Austerity is a duty on everyone

During the “Ask the President” session, Al-Sisi was questioned as to why the austerity measures are not applied to government officials. He answered that the parliament is the best model for austerity among governmental authorities and that austerity is a duty on everyone, not the government only.

Al-Sisi jokingly commented that people want only the government to apply austerity, while people were consuming high quantities of food in the holy month of the Ramadan, which led them to throw away the leftovers. He also said that the state is offering job opportunities to Egyptians living abroad, and they reject it because salaries of ministries are lesser than what they receive abroad.

“The Egyptian parliament was one of the initiators of the austerity project. It was keen to cancel all paper transactions and rely more on electronic transactions for saving paper and ink that were costing very large sums. The council has not appointed any new officer since January 2016,” Parliament Speaker Ali Abdel Aal said during the session when Al-Sisi requested him to speak about the parliament’s austerity plan.

He added, “the number of employees in the parliament has decreased from 3,200 to 2,800 employees, and early retirement is expected, and already 200 employees will retire early in the coming period. This is a typical example of austerity.”

Parliament members do not receive more than EGP 5,000 in accordance with the law, in addition to the attendance allowance, which gives EGP 180 per session, according to Abdel Aal.

“The state tries as much as possible to reduce its spending,” Al-Sisi asserted.

Al-Sisi declared that Egypt will achieve self-sufficiency of gas by 2020, in response to why the state raised the price of gas in houses.

The president explained that the decision to raise prices came to achieve social justice, saying that a person who consumes two LPG cylinders per month pays EGP 100, and the state pays EGP 250 as subsidies, while in the case of household natural gas, even with the recent price increases, it costs less than EGP 100 per month, hence the amount of money retrieved as a result of the increase to connect 350,000 households to the natural gas grid.

“There are areas where we cannot enter gas, because it is not a safe place, and we only enter gas for certain areas,” he noted.

As for train stations, Al-Sisi said if the railways are developed only, the government will raise the prices of train tickets and that the state is working on a plan to develop them according to international standards.

“The minister of transportation asked me two months ago to raise the price of train tickets, but I told him I will not raise the prices of trains until after the completion of the development, maintenance of stations and lines, and the arrival of new tractors,” Al-Sisi said.

Number of illiterate individuals fell to 18.4 million in 2017: CAPMAS