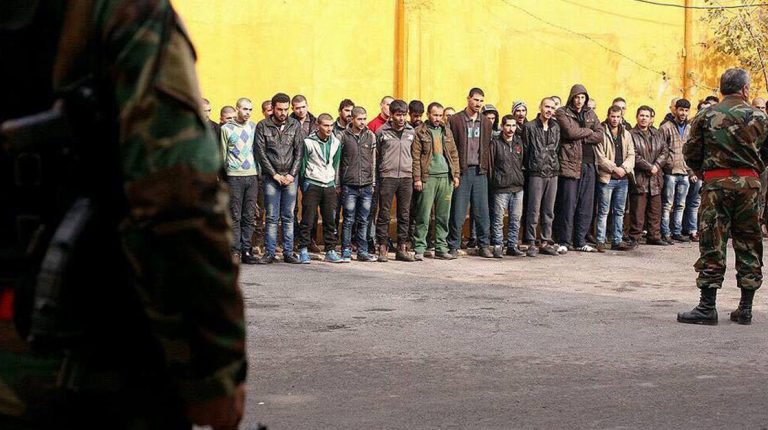 Seven years into the Syrian conflict, and the fate of thousands of disappeared individuals remains uncertain. The same goes for individuals who have been announced dead, but the fate of their bodies is still unknown. The Syrian government has confirmed in public records the deaths of at least 161 people known to have been forcibly disappeared since the start of the conflict in 2011, Amnesty International said.

“Scores of Syrian families are today confronting a fresh kind of pain. For years they have suffered the unbearable agony of not knowing what had become of their missing relatives. Now they have received the devastating confirmation that their loved ones are dead, and they are plunged into a new cycle of mourning,” Diana Semaan, Amnesty International’s Syria researcher, said while urging the Syrian government to “immediately return the remains of these victims to their families to allow for proper burials and funeral rites.”

According to the Syrian Network for Human Rights (SNHR), 82,000 people have been subjected to enforced disappearance by the Syrian government since 2011.

Since peaceful protests broke out across the country in 2011, the Syrian government launched a campaign to arrest, detain, and forcibly disappear individuals. Thousands have been tortured and otherwise mistreated, many of whom have died in detention, and tens of thousands forcibly disappeared. The Syrian government’s primary targets were political activists, human rights defenders, journalists, other media workers, doctors, and humanitarian aid workers.

The Syrian government’s calculated campaign was to spread fear among the Syrian population, in particular relatives and friends of the detainees and disappeared, the organisation said.

In most cases, activists and human rights organisations said that the Syrian government denies the security forces have even arrested these people. Sometimes, it has been reported that officials refuse to give any information about their whereabouts, which means that many detainees have “disappeared”—outside the protection of the law—making them especially vulnerable to abuse.

The enforced disappearance campaign carried out by the Syrian government since 2011 appears to have been perpetrated as part of an organised attack against the civilian population that has been widespread, as well as systematic.

Amnesty International’s research indicates that enforced disappearances in Syria are carried out by a range of actors: all four branches of the security forces, namely Military Intelligence, Air Force Intelligence, Political Security, and General Intelligence (sometimes referred to as State Security); the armed forces; and militias associated with the Syrian government, including the National Defence Forces and thugs affiliated with the regime. Those subjected to enforced disappearance are held in a network of detention facilities across the country, including detention centres run by the security forces, each of which has a central branch in Damascus, as well as regional, city, and local branches; civil prisons; and unofficial detention centres.

Families whose relatives have been forcibly disappeared have few options to find them, and those options can carry grave risks. Many Syrians have told Amnesty International that, as a result of the secondary arrests and enforced disappearances described above, they have felt it too risky to approach or even contact the authorities to seek information on the whereabouts of their family members.

“Russia, Iran, and Turkey must use their influence to pressure the Syrian government and armed opposition groups to allow independent monitors to access detention centres, to reveal the names and whereabouts of those who have been forcibly disappeared or abducted, and to allow detainees the opportunity to speak with their families,” Amnesty added.

Over 250,000 people have been killed and over one million injured since the onset of the crisis in 2011. More than half of all Syrians have been forced to leave their homes—often multiple times—making Syria the largest displacement crisis globally. Human rights violations and abuses continue to occur in the context of widespread insecurity and in disregard of international law, international humanitarian law, and human rights laws.

Syria is a state party to the 1949 Geneva Conventions. Article 3, common to the four Geneva Conventions, which applies to all parties to non-international armed conflicts, including the one currently taking place in Syria, and is considered customary international law, prohibits “murder of all kinds, mutilation, cruel treatment, and torture”, “humiliating and degrading treatment”, “taking of hostages”, and “the passing of sentences and the carrying out of executions without previous judgement pronounced by a regularly constituted court.” Violations of these rules—such as the torture or summary killing of detainees, whether civilians, captured soldiers, or so-called “infiltrators”—are considered war crimes.

In the latest update, the Syrian army pushed into the edges of former rebel-held Quneitra province on Saturday, as aid provided by France and Russia arrived in the country in the first joint humanitarian aid operation between Russia and a Western country. Syrian forces meanwhile have been able to close in on the south-western area of rebel-held Quneitra province following a deal negotiated between Russian forces and the rebels last week, which saw hundreds of rebels and their families evacuated from the area.