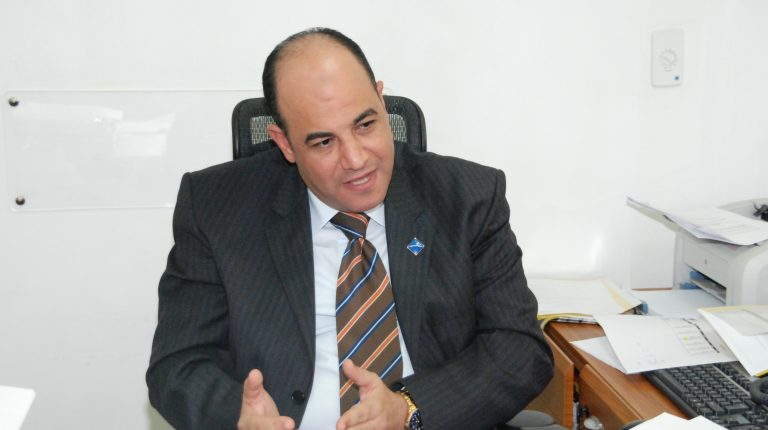 Egypt’s Minister of Foreign Affairs Sameh Shoukry discussed on Sunday the latest updates on the Palestinian issue and pushing the peace process with the UN envoy to the Middle East, Nikolay Mladenov, during his visit to Cairo.

During the meeting, Shoukry and Mladenov tackled several topics regarding the Palestinian issue. Shoukry reviewed the Egyptian view and efforts for achieving stability in the Palestinian territories in light of the latest escalation against civilians in the Gaza Strip, according to a statement from Foreign Ministry spokesperson Ahmed Abou Zaid.

He also warned of the seriousness of the continuity of the status quo without going through the peace process based on the two-state solution and reaching a comprehensive and fair solution for the Palestinian issue in accordance with the related international resolutions.

For his part, Mladenov briefed Shoukry on the humanitarian situation in the Palestinian territories and the outcome of his efforts to gather the international efforts and funds for supporting the United Nations Relief and Works Agency for Palestine Refugees in the Near East (UNRWA), as well as the UN efforts for a ceasefire and reconstruction. Mladenov also expressed the UN’s appreciation for Egypt’s efforts to end the Palestinian division and reach the reconciliation.

Shoukry called upon the international community to do its duty in keeping the humanitarian aid for the Palestinian people.

Moreover, Israeli forces on Sunday arrested about 20 Palestinians, including four journalists, just two days after Israeli forces stormed Al-Aqsa Mosque on Friday. Meanwhile, the Israeli Knesset passed a controversial law declaring that only Jews have the right of self-determination in Israel. The law also reduces the official status of Arabic in Israel.