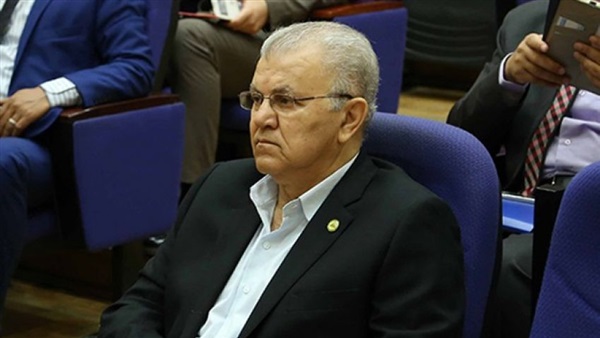 Major General Mostafa Kamal El-Din Hussein, the eldest son of Kamal El-Din Hussein, former vice president and a member of the Free Officers Movement that carried out the 23 July Revolution in 1952 that changed the face of Egypt. The evaluation of the movement still stirs controversy on every anniversary.

Major General Mostafa Kamal El-Din Hussein is a former air defence officer. He holds a military courage award of the first degree as a hero of the war of attrition. Like father like son, Hussein is no exception. He participated in many battles in the parliament. He considered resigning many times, but the people of Benha keep him from doing so.

It was not possible not to discuss the revolution of 23 July 1952 and its objectives, and what remains of them, and try to resolve the conflict over his father’s biography ewithout firstly talking about education and the new system, along with the committee’s role.

Daily News Egypt sat down for an interview, Hussein, who is a live example of the famous proverb “Like father, like son.” The transcript for which is below, lightly edited for clarity:

Revolution marked its anniversary a few days ago. How do you remember it?

This, of course, does not mean that it was perfect, because it was done by humans who can do wrong. But they did all they could for the sake of the country.

Revolution had objectives. Do you think they were fulfilled?

The objectives have now declined. Farmers and workers were the base of the revolution, but now they are subject to severe unjust. The middle class has ceased, but will come back. Yet, the current government procedures are diminishing this class. Those attracted to the nostalgia of the kingdom know nothing. There was once an objective to erase bare feet, since many Egyptians could not afford to buy shoes.

How did you spend night of revolution, since your father is Kamal El-Din Hussein, one of Free Officers?

I was six years old at the time. I remember my father taking his gun without saying where he was going. In the next morning, we found out about the revolution. We did not know he was in the movement, unlike the funny scenario written by Hamid who depicted Abdel Nasser walking in the streets telling people he is plotting a coup.

We did not know that my father was among the Free Officers until he came back home after a few days. We were as joyous as the entire nation.

Why is it rumoured that your father was bound to Brotherhood, why was he so different with leaders?

I will tell you the reason for the rumour. My father submitted his resignation three times. The first one was before 1952. The first was in 1947, when he resigned and went with Batal Ahmed Abdel Aziz to train the guerrillas before the regular army entered Palestine. He was a volunteer. There were other volunteers from the Brotherhood at the time, hence the rumour.

My father did not seek any position in his life. His most prominent crisis was in 1957 when the education problem happened and some of the people in power wanted to pass a group of students who failed their exams in several universities. My father told them that the Supreme Council of Universities has the decision to object to an attempt to let them pass without taking an exam and he would resign if the failed students insist.

Your father served as minister of education. Did that impact your life?

When my father was the minister of education and I was in a private school, I went to school not wearing the uniform. The headmaster took me out, punished me, and called the house and told them not to repeat the incident. My father then transferred me to a public school, as he believed that the son of the minister of education cannot be in a private school.

How was your father’s relationship with Gamal Abdel Nasser?

Abdel Nasser was not just the leader of the revolution and the country. For the Free Officers and their families, he was the older brother. I remember that my father’s relationship with Abdel Nasser was good, even after he resigned. It was normal to pray Eid at Hussein Mosque and then go visit Abdel Nasser’s house. Hoda Abdel Nasser was my childhood friend at the time.

The real difference between my father and Abdel Nasser began during the days of the war in Yemen and with the laws of socialism in 1962. My father did not support the nationalisation of everything and therefore resigned after he told him, “you want to nationalise everything.”

Yet my father sent a letter to Abdel Nasser after Naksa, saying he was ready to be a soldier in the war.

How did your father live after death of Abdel Nasser?

It was a difficult day for my father. He went straight away to partake in the funeral. He almost fainted because of the crowd. Only one Republican Guard officer rescued him from the crowd.

Moving to current education, what are most prominent laws penned by parliament’s education committee?

A number of important laws have been finalised during the current session, including the law on the establishment of the Egyptian Drug Authority, the law on the provisions of incentives to science and technology, the Quality and Innovation Authority Law, and the Fund for Researchers and Innovators Law, which aims to focus on anyone who is an innovator or scientific researcher both inside and outside the university. The law was sent to the plenary session to be discussed before the end of the current session.

The Clinical Trialh Law will be discussed after the education committee sends a letter to President Abdel Fattah Al-Sisi to return the law to the committee again for discussion because of the Egyptian scientists’ objection to the law for abusing scientific research in Egypt. In addition, the university hospitals law will be re-discussed, as some articles in the final official law were not discussed in the parliament.

How did Clinical  Trial Law pass despite objections?

Unfortunately, we tried a lot to stop it. We were shocked by the position of the minister of scientific research and health during the discussion of the law. We saw the deformity clearly. The law was passed in the absence of many of its critics. We then the Egyptian Scientists Association made an objection to the law and addressed the president of the republic, who did not sign it and sent it back to the parliament for amendment, even though it was approved by a majority.

When will basic education settle on a system?

This is a major crisis. In a country where it wants to develop, it is not appropriate for its educational system to keep changing in such a short period. Therefore, we will hold hearings for education experts during the next session to change the secondary school system and develop education in general from nursery to secondary to establish stable rules that do not change by changing the minister. This is futile and must stop. The ministries of education and higher education have to merge under one minister to unify education.

How do you see cumulative educational system for high school?

We are not against the cumulative system because it will work to develop education, but it needs to compensate the teachers financially by raising their salaries to eliminate private tutoring. The budget for education must be increased to improve the quality of service, curricula, schools, and other tools necessary. The new system lacks clear studies and information. All we know is the outline, which is not good enough. Moreover, we do not know who the consultants of the minister are, or their expertise.

It is rumoured that new system will make education fully electronic. Is this true?

This is not a goal. We visited several European countries, including Finland—the most advanced in the world. We found the students to be tested on papers. At the same time, they have all the modern equipment and are proficient in dealing with them. We have to look carefully at the society before choosing a new educational system.

The budget for education in the last fiscal year 2017/2018 was EGP 80bn, and is up this year to EGP 89bn. In fact, the expenditure on education has been reduced and has not risen in light of the inflation rate set by the Ministry of Finance at 14%. The increase of EGP 9bn does not match inflation.

We have urged the minister of education to present the new budget and his plan, as we cannot discuss development without allocations.

The committee rejected this budget and called for an increase, but to no avail. We hoped that education would be a priority since the first presidential term.

What is the status of 30 June schools that were managed by Muslim Brotherhood?

We have received many complaints about these schools. Some of them are still under the management of some of the leaders of the Brotherhood. Some money was transferred to foreign entities under the table and away from the eyes of the government.