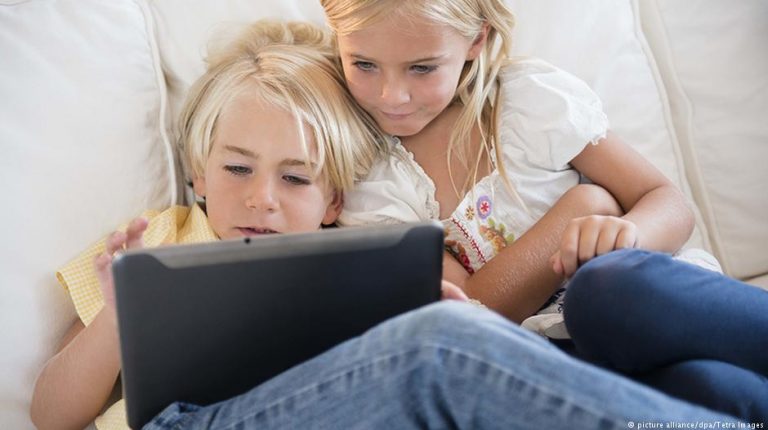 The German government has approved the creation of a billion euro digital infrastructure fund to help boost internet connectivity throughout the country. Better late than never, critics say.The German Cabinet on Wednesday approved a bill to create a special ‘Digital Infrastructure’ fund with an initial €2.4 billion ($2.8 billion), financed by the auction of new 5G mobile licenses and an unexpected bump in tax receipts in May.

“The draft bill lays the groundwork for making effective digital infrastructure in schools, living rooms and businesses a reality,” the finance ministry said in a statement.

The plan is to use the fund to further broadband expansion and help states and municipalities improve the digital infrastructure in schools. Before becoming law MPs will need to refer to Germany’s constitution, which at present stipulates central funds cannot be disbursed to schools, as education is run by the country’s 16 states.

A long way to go

Germany wants to upgrade its broadband connectivity to kickstart its digital economy, with Chancellor Angela Merkel making an overhaul of the country’s intermittent broadband network coverage a key priority.

The EU wants to have download speeds of between 100 megabits and one gigabit per second across the bloc by 2025.

The Organization for Economic Cooperation and Development has ranked Germany 31 out of 35 industrialized economies for fast internet connections, with Japan and South Korea topping the list.

The country’s biggest telecom company, Deutsche Telekom, has been commissioned to roll out a program of network upgrades nationwide, bringing ultrafast services to 6 million homes, rising to 15 million by 2019. The company will upgrade existing copper-based network services rather than laying new fiber networks. “We’re building a fast internet for the masses, instead of reserving top speeds for the few,” said Dirk Wössner, managing director of Deutsche Telekom.

The Financial Times said the €2.4 billion fund will be drawn from higher than expected tax revenues.

The money will be transferred this year from the finance ministry to the new digital fund, which will later be topped up with proceeds from the auction of the mobile licences. Finance Minister Olaf Scholz announced the transfer of the money in May after revealing €63 billion more in tax revenue over the next four years than it originally projected, giving the government €11 billion more to spend.

The coalition government has pledged to invest €10-12 billion in expanding the broadband network, although as The Financial Times reported, in 2017 the government was able to spend only €22 million of a €690 million fund to finance expansion of Germany’s broadband network.